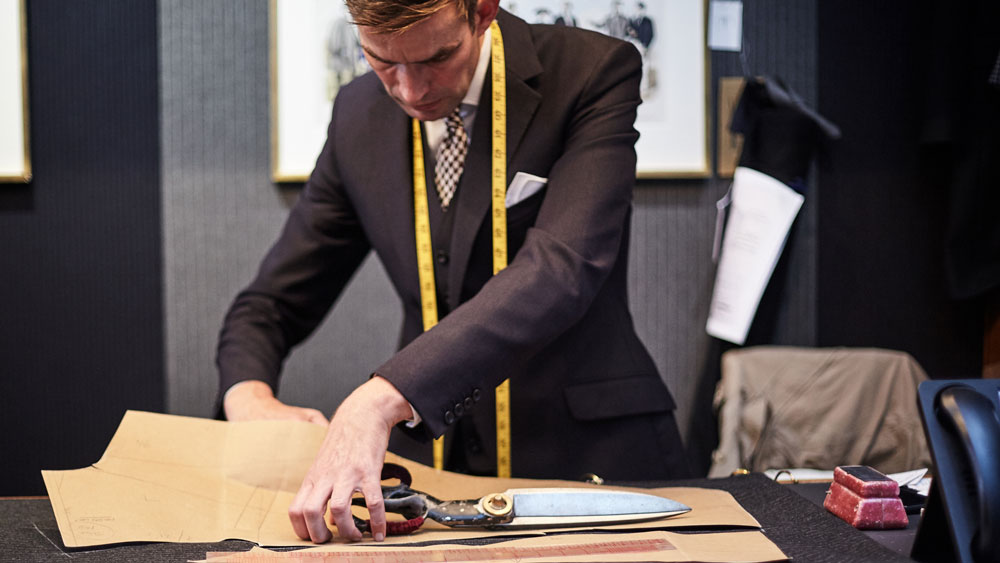 The quest to do it all—powering through the anguish of an Iron Man, then closing a huge deal on too little sleep and too many client dinners—can take a serious toll. On your wardrobe, that is.

High-end suitmakers from Campbell Carey, creative director at Savile Row shop Huntsman, to Leonard Logsdail, one of New York’s most sought-after bespoke tailors, are seeing a surge of customers requesting alterations as they boomerang between fit and, well, less so.

“I have garments that have been in and out so many times you have to reline them,” says Carey, whose clients include a poker player who packs on up to 14 pounds during tournaments, and a banker who adds four inches to his waist whenever a big deal is on, then goes back to binging the gym the moment the Montblanc hits the dotted line.

Sound familiar? There are a few things to know. First, have suits cut to include enough material that your tailor can expand it alongside your increasing dimensions. Simon Cundey, of venerable Savile Row tailor Henry Poole, inventor of the tuxedo jacket, says he hedges against inflation by leaving around four inches of inlay; Carey leaves nearly six.

Not all expansion is so simply rectified. Joseph Morgan, of Chittleborough & Morgan, also on the Row, says bulging, bodybuilder deltoids are hardest to fit—additional material in the shoulder can accommodate growth, but only to a point. And too severe a swing in the other direction poses its own problems. “Pot bellies that go down drastically leave a ‘floating button,’” on the coat, Cundey says, while Carey notes such extreme shrinkage results in “a lot of spare cloth at the front that you don’t know what to do about.”

Double-breasted jackets can provide flexibility for oscillating physiques (so long as they’re unbuttoned, though that defies a formal look). “One of my clients was a champion amateur jockey and his waist size fluctuated three inches when in or out of season,” says Logsdail. “He always ordered a double-breasted jacket; in season he wore it buttoned and out of season he left it open.”

And while the waistline is the easiest to alter, Cundey says the cycling fad has driven customers back to his shop for a different fix. “Ten years ago, men would meet on the golf course for some socializing and a decent lunch. Now, they spend their weekends wearing Lycra and acquiring mighty legs.” To the rescue: high-rise, pleated trousers. “The extra material is more forgiving over muscular thighs and calves,” says Morgan.

But at up to $800 a pop for adjustments, you’ll soon cover the cost of another bespoke suit with nothing to show for it—so why not simply have two of the same suit cut, one for fatter times and one for leaner, and save yourself the hassle?

“Back in the day, globetrotting gentlemen used to get four suits made for their different houses around the world,” says Carey. “Now they get a skinny suit and a bigger one to accommodate these regular ups and downs.”