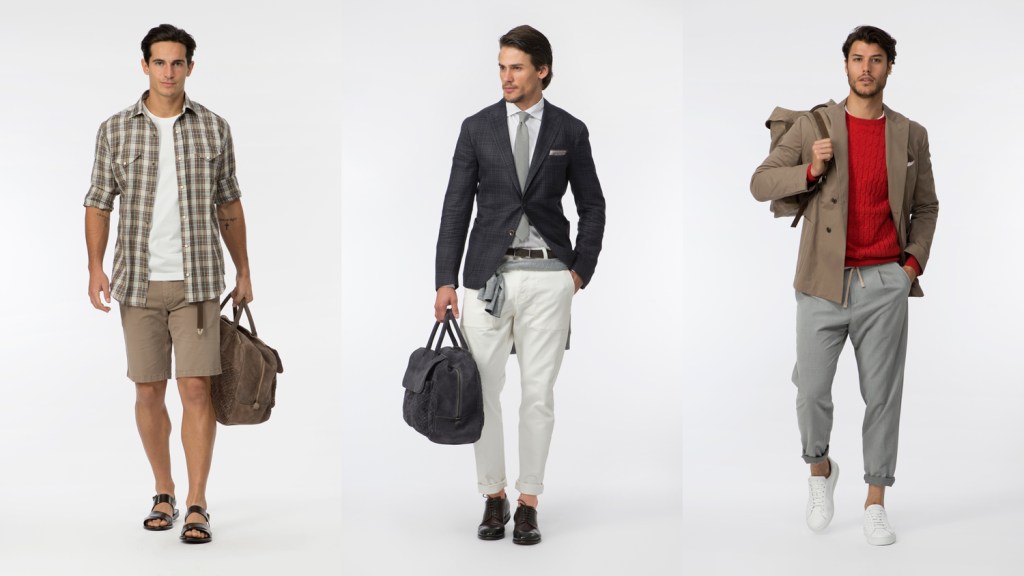 Quality and luxury are two words often synonymous with Italian menswear, and as a result it often comes with a price tag to match. Italian label Eleventy has changed that notion with top-notch fabrics and construction that offer the same level of sprezzatura as its contemporaries,  but at a much more attainable price point. Founded in 2007, by Marco Baldassari, Paolo Zuntini and Andrea Scuderi, the aim was to make responsible Italian fashion at an access point that would meet contemporary demand with a focus on sustainability.

Two years ago North American president, Geoff Schneiderman—who worked in wholesale for close to a decade at Brunello Cucinelli—believed in the brand enough to invest in bringing it stateside. Since then, he has been quietly growing Eleventy, which now sells in high-end retailers like Saks Fifth Avenue and Stanley Korshak in Dallas, as well as Nordstrom’s tony new menswear flagship in New York’s Upper West Side.

Its elegant take on dressing focuses on tailored suits, easy separates, and layering options in muted, versatile colors. The style is classic, but with a bent towards modern styles such as shorter jackets, slightly cropped pants, and slim fits designed by Baldessari (Zutini designs Elventy’s womenswear). Known for his own sartorial style—Baldessari has an Instagram following of over 14,000 (@marcobaldassari)—he is the brand and Italy’s best ambassador. He says the company’s aim is not only to produce quality Italian clothing in a modern classic style, but to also give back to its native Italy.

The label has a network of 94 factories in Italy that specialize in every sector, thereby outsourcing its production by employing local craftsmanship throughout the region. It helps cut the kind of costs that drive up the prices of its contemporaries, who are dedicated to using their own factories and in-house artisans. Its highest-end suit made from a wool-mohair 14-micron Zegna blend is priced at $2,195, while a handmade jacket at Eleventy’s Naples headquarters using an 8-step construction process is $1,295. Unlined, light, and crease-free travel blazers are just $595 and fine Cariaggi cashmere sweaters $545. It’s a price point that reportedly has already converted some well-heeled men into brand loyalists in the U.S.—a Nordstrom executive at its new men’s boutique, says the brand is already one of their top sellers with its top spending clients.

Eleventy plans to capitalize on that business in 2018, with plans to open a New York City flagship later this summer.