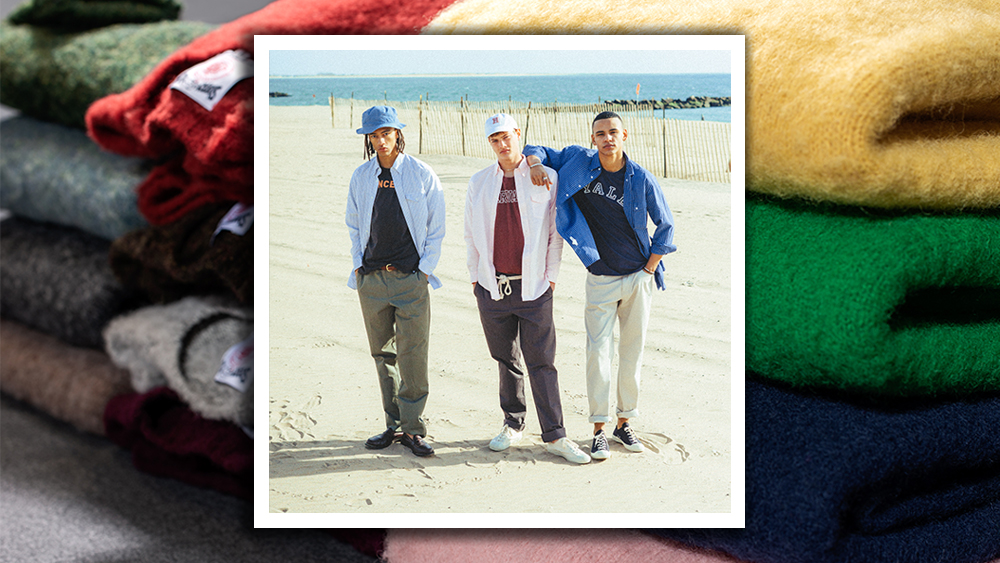 Three generations of Press family leadership established further stores in Cambridge, Manhattan and Washington D.C., and sold the rights to license their company’s name for the Japanese market, where an alternate J. Press fed the demand for Ivy style clothing. In 1986 that licensee—Onward Kashiyama—bought the company outright, retaining Jacobi’s grandson Richard Press as Vice President before he departed the business in 1991.

The interior of the original J. Press store in New Haven, circa 1910.  J. Press

In the 30 years that followed, J. Press would not only survive the rise of Casual Fridays, the 2008 financial meltdown and the Covid-19 pandemic, but remain recognizably itself. Whereas many of its original competitors, like Gant and Brooks Brothers, have vanished or faltered, J. Press is poised to open a new, two-story location in New Haven this summer, has launched an affordably priced “Pennant Label” to court new demographics and is hot off collaborations with the likes of Stubbs & Wootton and Todd Snyder.

That isn’t to say it’s all been smooth sailing. The 2010s saw the introduction, and quick retraction, of a fashion-forward sub-label initially called J. Press York Street and later J. Press Blue; the 2014 closure of its Madison Avenue location left it without a Manhattan presence until the opening of its Yale Club flagship in 2017; and in 2018, its Cambridge location shuttered after 86 years of operation.

According to Richard Press, who rejoined the family business in 2018 as an “archival consultant,” the company has been able to navigate turbulent times thanks to its commitment to the core product. “J. Press has maintained its historic standards, and it’s very careful in its selection of goods that represent not today’s streetwear but investments for today and tomorrow, recognizing what made it important in the past,” Press tells Robb Report.

Ironically, those same qualities that placed J. Press outside the fashion fold have enamored it to designers. “To me, J. Press is one of those brands that will never go out of style,” Todd Snyder told Robb Report upon the release of his collaboration with the brand. “Not only were they one of the creators of the classic Ivy League look, but the quality of their products is unmatched. It’s the kind of brand that is passed down from one generation to the next, but at the same time is a bit under the radar, so I’m excited to hopefully broaden awareness of an under-appreciated American icon.”

Unlike J. Press’s main line, which is manufactured primarily in the United States or the United Kingdom, Pennant Label will be made overseas to accommodate its lower price point. However, it is informed by the same classic ethos. “We tried to make classic styling very simple, and make it fit a trimmer, younger-minded customer,” says J. Press merchandising director Robert Squillaro. “We took early ‘60s Ivy League style and made a 2020s version of it.” The initial Pennant Label offering features trim fit flap-pocket oxford shirts, chinos, and five-pocket pants, all priced at $98.50. An expansion of the collection planned for May will include Henley shirts, polo shirts, a navy blazer and suiting.

The restrained stylings of Pennant Label are a marked contrast to J. Press Originals, the company’s Japanese off-shoot, which operates independently of its U.S. cousin. Previously available only in Japan (where it is designed and manufactured), the Ivy-meets-avant-garde label hit American shores for the first time this February when Canoe Club picked up pieces including patchwork madras pants, multicolor “crazy” shirts, and beige tropical wool blazers.

“I know J. Press from being into fashion all my life,” says Timothy Grindle, who serves as a buyer for the Boulder-based retailer. “So many brands and designers have been influenced by the things that J. Press did that I was immediately excited to see a fresh perspective with updated shapes and premium fabrics.”

Considering all that’s going on in the world of J. Press, which in the last year has also collaborated with Nantucket Reds originator Murray’s Toggery Shop and sold its own vintage online in partnership with Wooden Sleepers, it’s worth asking: How does what Richard Press calls the “Rock of Gibraltar of traditional American clothing” maintain its relevance?

According to Press, it’s all about adhering to three core commandments: “Promote the long-term value of the product, police the quality of the craft and respond to the unique wardrobe requirements of a targeted customer base.”

The original author of those words? His grandfather Jacobi.