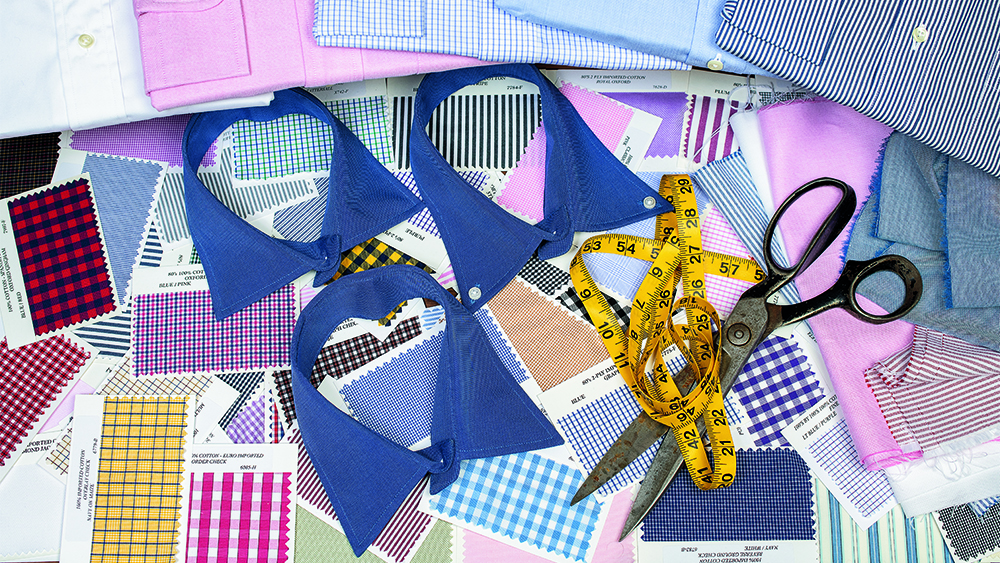 Welcome to Robb Recommends, a regular series in which our editors and contributors endorse something they’ve tried and loved—and think will change your life for the better. If you purchase one of these independently reviewed products or services through a link on our website, we may receive an affiliate commission.

Much ink and tears were shed last summer when Brooks Brothers closed its last remaining U.S. shirt factory before filing for bankruptcy. But the many obituaries that followed failed to mention that it was survived by a relative of sorts, J. Press, which introduced a made-to-order program for its domestically manufactured shirts around the same time.

What jumps out first is the program’s surprising affordability. At $135 a pop, J. Press’s MTO shirts are priced just a hair above the maker’s ready-to-wear offerings. A possible trade-off may be the limited range of customizations: after selecting a fabric, you may pick from three collar styles (button-down, point or spread), French or barrel cuffs, and either a standard pocket or the signature J. Press flap. As for the fit, you’re asked to check either “classic” or “trim” before inputting your neck and sleeve size.

This would not be my first MTO rodeo: as someone with a 15.5” neck and a 37” sleeve—an unholy combination I have never seen on a store shelf—it’s my only way of obtaining anything without short sleeves. And as a longtime Ivy style devotee, I’m forever searching for makers that can provide an oxford cloth button-down (OCBD for short) with a soft, unlined collar. With this in mind I selected oxford cloth in a bright, Lisa Birnbach-approved shade of pink, along with a button-down collar, barrel cuffs, a standard pocket and a trim fit.

My shirt arrived a few weeks later (the company line is four-to-five weeks) and proved an immediate success. As someone with a broad chest and shoulders but a smaller waist, I was concerned the trim fit might pinch up top. But it was on the liberal side of slim, leaving plenty of room without appearing blousy. I was also impressed by the heft of the fabric, which was as beefy as oxford cloth should be at the start and began to soften nicely after the first wash.

But it’s the collar that really makes or breaks an OCBD. In J. Press’s case, all shirts made with oxford cloth feature unlined cuffs and collars, though with an asterisk: a small piece of the same cloth is inserted between the two layers of the collar. In practical terms, this means the collar has enough structure that its roll won’t collapse when the shirt is buttoned to the top—an issue I’ve encountered with other unlined collars—but remains soft and casual enough to pair with frayed chinos and beef-roll penny loafers. And at 3¼”, the collar points are long enough to create that desired S-shaped roll without looking anachronistic.

If I had any complaints, it would be that I wished such old-school details as a center back collar button or a locker loop could be included, but it’s hard to argue for such niche minutiae considering the price. And those who really want to get into the nitty gritty can instead explore J. Press’s made-to-measure shirt program, which is offered in-store at their New York City and Washington D.C. shops and allows customers to choose from an expanded menu of customizations including contrast collars and monogramming.

As for myself, I’ve already begun daydreaming about my next MTO order: a button-down shirt in yellow oxford cloth sounds right for spring.