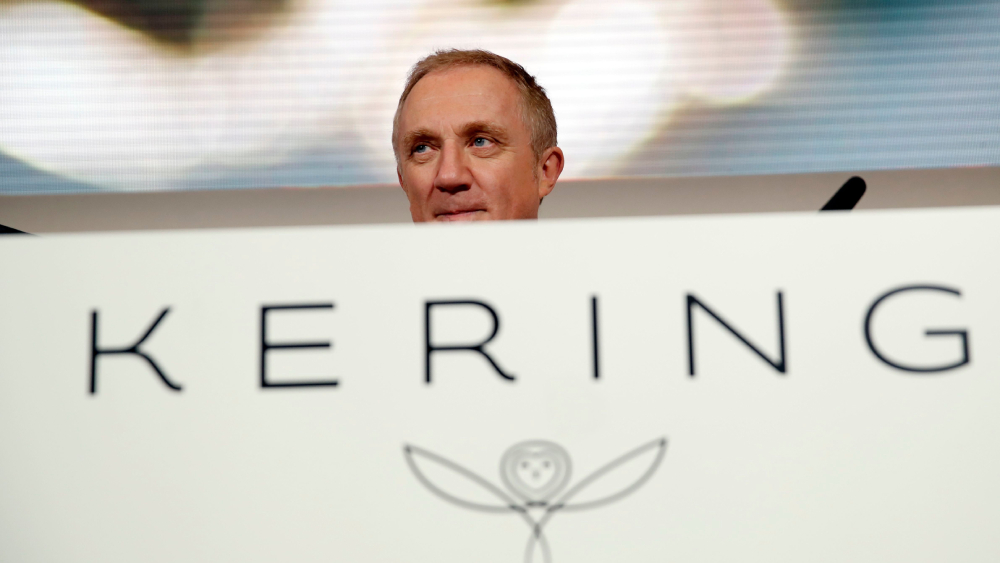 Misery loves company, apparently. Less than a week after LVMH reported a 15 percent decline in revenues over the first three months of the year, Kering is following suit. The luxury conglomerate saw revenues decline by strikingly similar 15.4 percent during the first quarter of the year, according to a new financial disclosure. The company notes that the year actually began better than expected, with key labels Gucci, Bottega Veneta and Balenciaga (among other labels) bringing in $3.47 billion in the first three months of 2020. However, any gains were quickly mitigated by the financial disruption caused by the coronavirus.

“The Covid-19 pandemic took a heavy toll on our operations in the first quarter,” said Kering chairman and CEO, François-Henri Pinault, in the report. “We took immediate action to ensure the safety and well-being of all the Kering people around the world, and of our customers… We are working hard on ensuring the continuity and readiness of all our businesses. Adapting our cost base and preserving our cash position are top priorities, implemented at all levels of the Group.”

The coronavirus pandemic has not been kind to #Gucci. Kering’s flagship brand saw revenue plunge 22 percent worldwide in the first quarter, as Covid-19 forced stores to close and consumers to cut back on luxury spending. Saint Laurent’s sales fell 13 percent, while Bottega Veneta saw a 10 percent increase compared to a year ago when few of Daniel Lee’s designs had hit stores. The declines mostly reflect how much each brand depends on China for sales. Kering’s brands closed their stores in the country for much of January and February, and the company cut back on advertising in its most important market as well. Most of those locations began to reopen toward the end of the quarter, just as much of Europe and North America shut down. As of the end of March, 53 percent of Kering brands’ stores were closed globally. With a group-wide decline of 15.4 percent, Kering fared similarly to rival LVMH, which said sales in the first three months of the year also declined by 15 percent. While executives with the Louis Vuitton owner said they were optimistic that sales would quickly rebound, #Kering Chief Financial Officer Jean-Marc Duplaix was hesitant to draw any conclusions about what a global recovery might look like from the few weeks of partially reopened stores in China. Duplaix said on a conference call with analysts that the pandemic has caused Kering to rethink aspects of its #retail strategy, from where to open stores to its relationship with third-party retailers. Swipe across for key takeaways from Kering’s Q1 results. [Link in bio] 📷: @gucci

The financial report suggests that store closures affected Kering’s various houses in different ways. The conglomerate turned over $17.15 billion in 2019, and Gucci alone was responsible for $10.42 billion of that figure. However, during the first quarter, the iconic Italian brand best known for its leather bags and horsebit loafers experienced a 22.4 percent drop in sales compared to the same time last year. That figure is all the more striking when considering the brand’s double-digit growth in North America in the first two months of 2020.  It appears that the brand’s heavy reliance on the Asian market hit the brand especially hard once Covid-19 caused closures across China and beyond.

There was also a bit of good news in the first quarter report. In contrast to Gucci, the much smaller Bottega Veneta––helmed by relative newcomer Daniel Lee––saw its revenue increase by 10.3 percent overall in the first three months of the year. This may be due to the brand’s strong wholesale business, which Kering noted was up a substantial 55.1 percent largely on the success of Spring/Summer 2020 orders. Investing in wholesale to such a degree runs counter to much of what’s currently happening in the fashion business, making the findings all the more surprising.