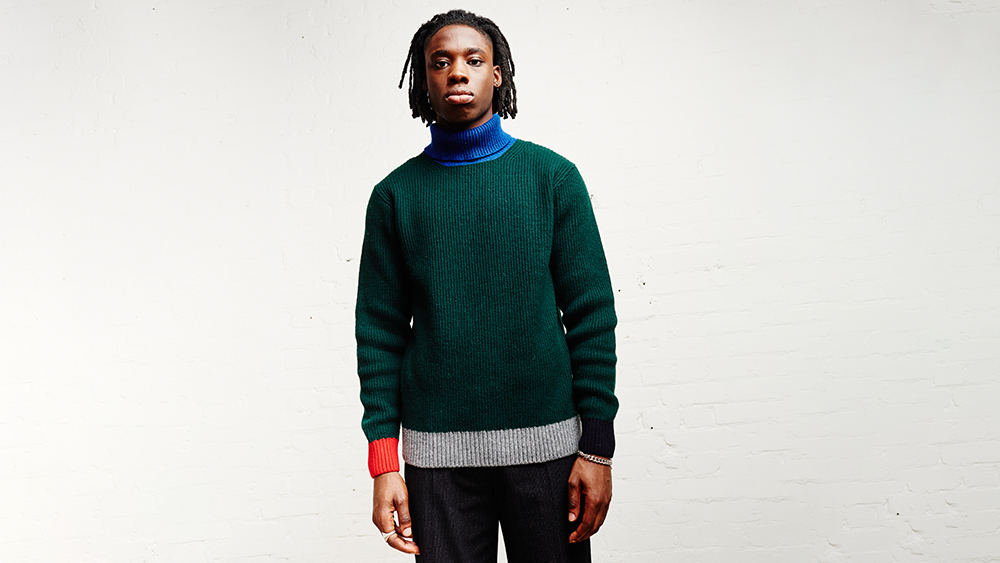 Last year’s lockdown illustrated what really becomes of idle hands. Some kneaded sourdough, others assembled puzzles, and many knitted, crocheted and macraméd the days away. From Bernie Sanders’s Inauguration Day mittens to Tom Daley’s poolside crafting at the Summer Olympics, knitting has gone from granny pastime to zeitgeisty fascination. Even if you didn’t take up the needles yourself, there’s a new guard of knitwear-focused brands reinvigorating homespun classics. Sweaters, long dismissed as sartorial backup singers, are now taking center stage.

It’s not that the category has been reinvented so much as reappraised. While a beautiful cashmere sweater is perfectly nice, it’s a garment that generally lacks the sexiness of a sharply cut suit or a swaggering coat. But does that always need to be the case?

“We wanted to look at cardigans, things that people perhaps perceive as old-fashioned, and reinterpret how they could be more modern or worn differently, or just be the piece on its own,” says designer Julian Taffel, who along with codesigner Paolina Leccese, has imbued thoroughly traditional sweater silhouettes with a playful wink. Their brand, Leorosa, launched in 2019 with a range of sweaters that look timeless as can be—a lambswool V-neck cardigan and vest for him, a merino and cashmere crewneck cardigan for her—but rendered with unexpected pops of color on the pockets or trim: camel and tomato red, lemon yellow, loden green and shell pink. The results retain the charm and wearability of Mister Rogers’s staple but with an unerring sense of cool.

Fashion brands’ sweaters typically fall into one of two camps—staid or souped-up—but this new crop of knitters manages to strike a balance between both. Nicolò and Carlotta Oddi of Alanui took the intricate jacquard weaving expertise of their native Italy and applied it to Southwestern motifs, drawing on everything from Navajo blankets to bandannas. Their Baja-inflected cashmere wrap cardigans, each of which takes at least 11 hours to make by hand, have quickly become a favorite of the one- percent beach-bum set. In a similar vein, British brand Country of Origin riffs on the UK’s rich heritage of knitting techniques, upping the ante on Guernseys and Arans with graphic color-blocking or Japanese boro patchworking. “All of the garments are hand-linked, which is a skill that’s dying,” says label cofounder Ben Taylor. “We want to preserve those skills and thought the best way to do that was to change the way people perceive British knitwear.” It’s a shift that goes beyond simply updating traditional designs; given the casualization of menswear over the past several years, which the pandemic kicked into overdrive, knitwear has taken on new significance in the male wardrobe.

“It’s become more and more essential,” says Oliver Dannefalk, one half of the duo behind Swedish knitwear brand Rubato. “Before, it was something you just picked up along the way because you had to have it for layering.” Rubato launched in 2019 with the founders’ version of the perfect wool V-neck, with a deeper V, a shorter body and a boxier fit than anything that they could find from contemporary makers. Produced in Scotland in a range of elegant neutral hues, it’s the kind of garment that’s ideally suited to the fluid dress codes of the moment.

Whether subbing for a shirt and tie, dressing down a suit or elevating an old pair of jeans, there are very few occasions when wearing a great sweater isn’t appropriate. “It’s that classic, hardwearing everyday piece,” says Rubato cofounder Carl Pers. “Your favorite sweater, the one that you throw on when you’re not entirely sure what you’re looking for that day—that’s what we want to make.”