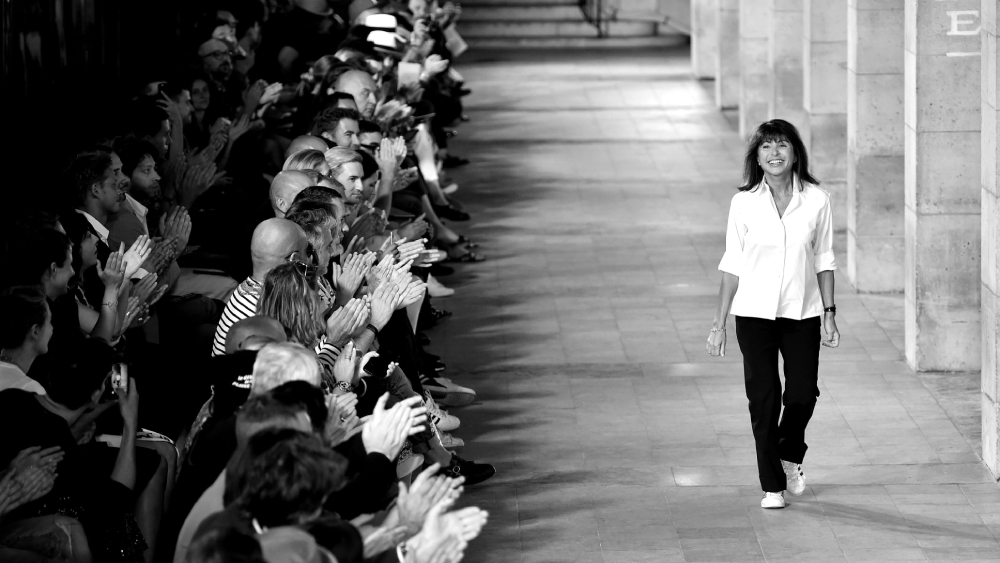 Until very recently, the fashion system operated under a number of deeply entrenched assumptions, some so fully ingrained that it would almost seem silly to believe they could be any other way: A calendar organized around two (or four) seasonal collections, accompanied by a whirlwind of press and celebrities wearing the garb that would eventually reach everyday customers through some kind of retail outlet, either physical or digital. And until the global pandemic highlighted its widening structural cracks, that system had more or less worked.

A similar kind of predictability runs—or used to run—through the cast of characters responsible for envisioning those clothes and accessories. The most famous among them were usually men, and they mostly designed clothes for women. (Chanel, Balenciaga and Saint Laurent represent perhaps the best-known names in 20th-century fashion. All of them are known for designing women’s clothes; only Saint Laurent dabbled in menswear, but it never reached the heights of his women’s.)

And while a small handful of talented men, including Ralph Lauren and Giorgio Armani, grew famous while making equally appealing clothing for both men and women, they’re not the end of the story. The past few decades have seen a meaningful but little-talked-about shift: female designers who design exclusively or substantially for a male clientele. With shops shuttered and entire economies at the beginning of recession, every assumption about fashion is changing. So perhaps it’s fitting that the formula is starting to get a much-needed shakeup.

Vivienne Westwood walking the runway at the close of a menswear show.  Courtesy of Shutterstock

The change has been a long time coming. Up until now, the names of women who’ve made a big impact on menswear have occupied a short list. Even the acclaimed fashion historian Caroline Rennolds Milbank could only conjure a few.

“The only really potent person I can come up with is Vivienne Westwood because her designs for men…she didn’t just make menswear that was an addition to her licensing,” Milbank told Robb Report. “Even when male fashion designers who start out designing for women go into menswear, it’s usually not as exciting. ”

Westwood has always been a groundbreaker; the unique mashup of British dandy-cum-pirate she conceived in the early ’80s has become iconic since. Not only were her designs unafraid to festoon men in much the way women have been historically, she also represented a generational shift with peers set to emerge around the same time.

At the end of that decade, another pioneer of this set, Véronique Nichanian, was appointed as the head of menswear at Hermès. And over 30 years later, Nichanian is still turning out some of fashion’s most quietly sublime, wearable and timeless clothes. But her long tenure and obvious skill aren’t the only things that make Nichanian stand out.

Miuccia Prada is the rare designer who manages to produce menswear as sought after as her womenswear.  Courtesy of Shutterstock

Though trained in womenswear, she has only ever worked as a menswear designer since her days at Cerutti. “It was the ’80s and [Cerruti] was a big business,” Nichanian told British GQ last year. “I was 19 or 20 and I really discovered the men’s universe at that time. I’m very demanding and I found it very interesting that the men’s world is more precise. I think I talk to men who understand that, who understand small details.” It wasn’t long before Jean-Louis Dumas, Hermès chairman and artistic director from 1978 to 2006 as well as a descendant of the company’s founder, came calling. She’s had free reign since. When Wallpaper magazine asked Nichanian last year about her role as a woman designing for men, she said, “It’s definitely an advantage. The difference is, I don’t think of dressing for myself, I design for men not for me; to make them more charming, seductive and smart.”

There have been other women to come along and design agenda-setting menswear––look no further than Miuccia Prada and her somewhat apocalyptic nostalgia—but the longtime preeminence of suiting and sportswear have hemmed in other visionaries like her. Lately, a number of women have found success coloring within these traditional lines. Kathryn Sargent became the first woman to open a store on London’s Savile Row under her own name in 2012, having spent years working through the ranks at Gieves & Hawkes. Likewise, Paula Gerbase was appointed artistic director of the Hermès-owned British footwear stalwart John Lobb in 2014. All of these contributions have helped pave the way for a new guard to flout convention and they just so happen to be making some of fashion’s most idiosyncratic clothes.

Not even 30, Grace Wales Bonner has been on a roll since launching her eponymous line in 2014, when she graduated from London’s prestigious Central Saint Martins. Just two years later, she won LVMH’s Young Designer Prize. Besides being a young black woman who’s built a successful career as the face of a brand, something criminally rare in fashion, Bonner’s interpretation of black masculinity is divergent from what fashion typically prefers to cherry-pick from pop culture. Her men are swatched in louche tailoring, have lean rather than overtly musclebound physiques and sport clothes that draw on her father’s Jamaican heritage as well as the larger African diaspora for inspiration.

“I feel a responsibility, in a sense, of handling references in a specific way and representing black culture,” she told GQ Style last year. “And also I have an awareness of the kind of history, and the artists, people that have come before me and the kind of lineage that I’m connecting to.” Her tailoring strengths have proven so successful, she recently started translating them to womenswear.

Equally particular in sensibility is another young menswear designer, Emily Adams Bode. As so many brands chase flash, Bode has established her eponymous menswear line on something a little old fashioned: quilts. Long obsessed with textiles and anything which earned a patina––“I grew up antiquing with my family…That’s what I loved, the past histories of objects,” she told Office Magazine.––she experiments with workwear silhouettes and gives them a homespun feel. It’s the blending of a traditionally female craft and a traditionally male uniform that separated Bode from the pack and made her the first female designer to ever show at New York Fashion Week: Men’s. Even though her work is the antithesis of streetwear, it has led to being a CFDA/Vogue Fashion Fund finalist and nurturing a label that continues to grow even within a turgid luxury market.

But the environment which once bore a dearth of female creators is now fertile ground for more of them to spring forth than ever before. The demand for their perspective is simply too great in a world where everything feels rehashed to oblivion. Much like filmmakers who happen to be female share stories that can illuminate the world differently than their male counterparts, we have missed out on new, less suffocating ways women might show men how to relate to themselves and their bodies. The chance to find out what that evolution looks like gives the menswear world something to look forward to.

How might gender politics be different if Nichanian’s hushed vision was as pervasive as Calvin Klein’s hyper-sexualized one? How much freer could men be to dress as they please, unbothered by rigid expectations or perceived associations about sexuality? If female designers had been given the same resources and encouragement over the past two centuries as their masculine equivalents, could they have summoned entirely new garments with the potential to change how men live? There are no definitive answers, but if this crop of designers has proven anything, it’s that the future, brimming with possibility, is very bright indeed.