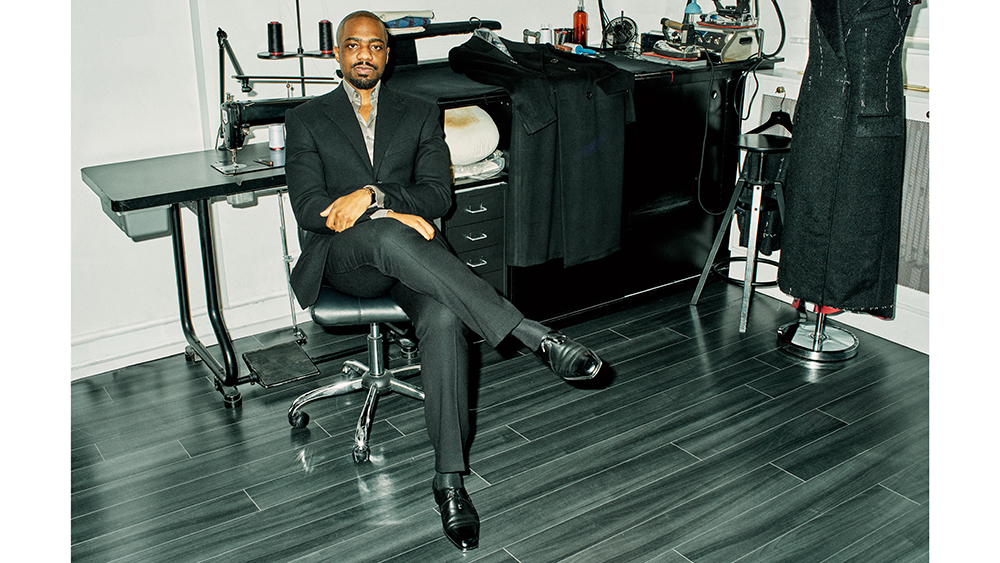 Michael Browne is unlike any other tailor you may have met. At the forefront of independent haute couture for men, Browne has refined the bespoke process to such a level that he refers to himself as a couturier rather than a tailor, as he spends around 200 hours on each design (when Savile Row tailors typically expend 80 hours on theirs). His signature style is sleek and sexy, exquisitely and precisely cut close to the body and designed to make an impact. Despite, or often because of, its minimal color palette, it is clothing to be seen in.

Trained on the Row at Chittleborough & Morgan, Browne set up his own brand in 2017 in London. He is fastidious with fittings, cutting and sewing almost everything himself in what is, for him, a very personal process. The change in men’s dress codes over the past few years plays into his philosophy perfectly: He doesn’t design for men who think of suits as work clothes. Indeed, far from retreating from the two- or three-piece, Browne recently revealed a five-piece suit that includes a couture tailored jacket, waistcoat, two pairs of trousers (one high-waisted and pleated, the other flat-fronted and slim) and what he calls the Stealth overcoat, with a fitted silhouette, dramatic lines and strong shoulders.

For this gift, Browne has offered to create an entire wardrobe for one Robb Report reader over a three-year period. The process would involve considerable consultation, establishing the client’s most consistent body weight, discussing styles, design and cloth and, of course, multiple fittings in that time frame.