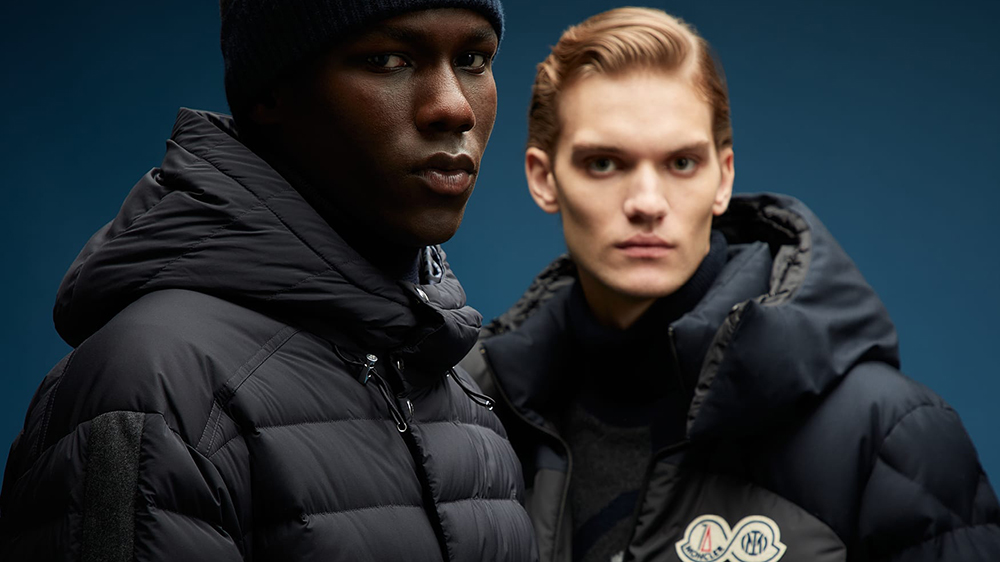 Moncler just proved that even though it turns 70 this year, it can still score a hat trick.

To celebrate seven decades in fashion, the French-Italian brand has done everything from staging a special fashion show at Milan’s Piazza Duomo to releasing exclusive collabs with Rick Owens and HBX. It’s now getting ready to drop an all-new collection made in partnership with one of Italy’s most celebrated soccer teams.

Dubbed the Inter Milan x Moncler collection, the stylish drop will launch on November 9 before the team’s match against Bologna. A branded parka, turtleneck, polo shirt, hat and scarf are a few of the key items that make up the second assortment of styles from the duo. Moncler chairman and CEO, Remo Ruffini, also designed a jacket for the collection himself.

Inter Milan‘s emblem is sprinkled liberally across the pieces in the drop, which range from padded jackets to a color-blocked turtleneck. The mountain-ready collection also features limited-edition scarves and hats.

Ruffini’s reversible jacket is made from a mixture of matte and shiny nylon materials, according to Hypebeast. The goal was to create something versatile, so one side of the jacket boasts a solid navy color with gray accents and the Inter Milan logo, while the other displays the Inter Milan logo all over its insulating design.

You can buy Ruffini’s jacket and a scarf from the Inter Milan x Moncler collection on November 9 from the brand’s U.S and European websites. The entire collection will reportedly be available on those sites, as well as the U.K. website and China’s Tmall, from November 10. And it’s worth noting that the party’s not over yet: There are, reportedly, even more special projects and events on the horizon.