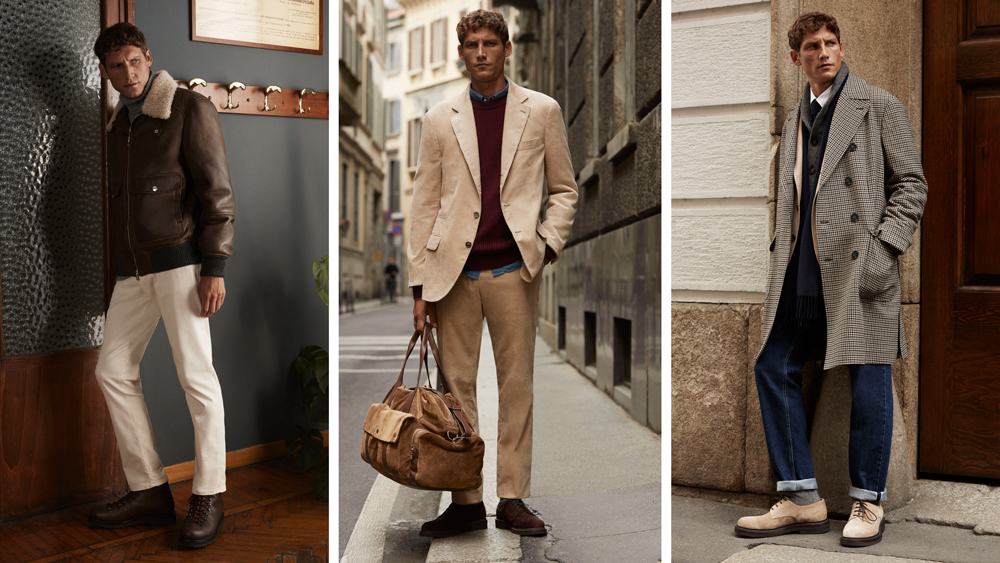 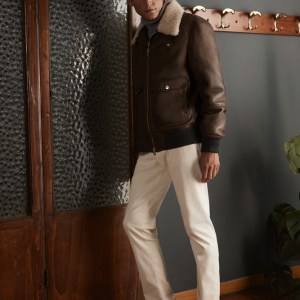 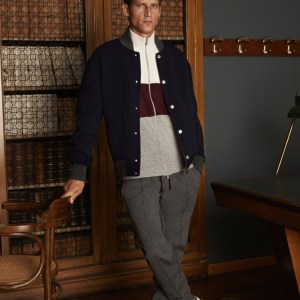 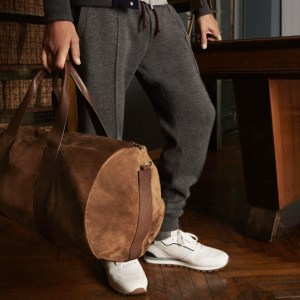 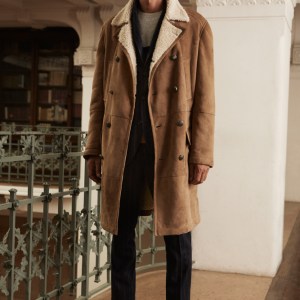 Menswear e-tailer Mr Porter has been creating exclusives with the world’s premiere brands for quite some time, but now it’s taking the idea to the next level with an exclusive 60-piece collection created in collaboration with Italian label Brunello Cucinelli. Known for its laid-back approach to luxury, Brunello Cucinelli has long been a favorite of the world’s most influential CEOs from Mark Zuckerberg (who favors the brand’s gray T-shirts, which he custom orders) to Oprah Winfrey, who has long been a devoted client of its women’s offerings.

The new collection with Mr Porter promises transitional pieces, including 32 ready-to-wear items like a shearling leather bomber jacket, off-white corduroy trousers, a shawl collared cable-knit sweater, and a versatile oatmeal-colored sport coat, to name a few. Footwear comes in eight styles, from a pair of standout suede buckled-ankle boots to muted-colored sneakers that will pair with just about everything. Accessories include two brown suede and leather weekender bags and a brown suede and leather backpack with two front zip pockets with buttoned flap closures. Scarves, knit caps, baseball caps, and gloves are also in the mix.

Brunello Cucinelli has been crafting some of the most luxurious clothing on the market since he started his namesake company 40 years ago and continues to do so in the medieval Umbrian town of Solomeo, which he has spent years restoring. There he has carefully built a community based around his business that’s dedicated to giving back to the locals, most of which are his employees. Just recently, he unveiled his final phase of the restoration process, which includes a church, a theater, the Aurelian Neo-humanistic Academy, and a sprawling campus of modern offices and design studios where the Brunello Cucinelli clothing is made. This level of attention to detail in the lifestyle of the brand is reflective of the clothing in which it is rooted—to touch and feel Brunello Cucinelli’s sumptuously crafted clothing and know the way in which it was crafted instantly informs the reason behind the steep price tags.

The new collection for Mr Porter ranges in price from $325 for a cashmere tie to $11,995 for a knee-length, double-breasted shearling coat. The collection just launched today, but pieces are already selling out like a pair of buttery-soft beige Sea Island cotton corduroy trousers ($1,275), which are already off the market.