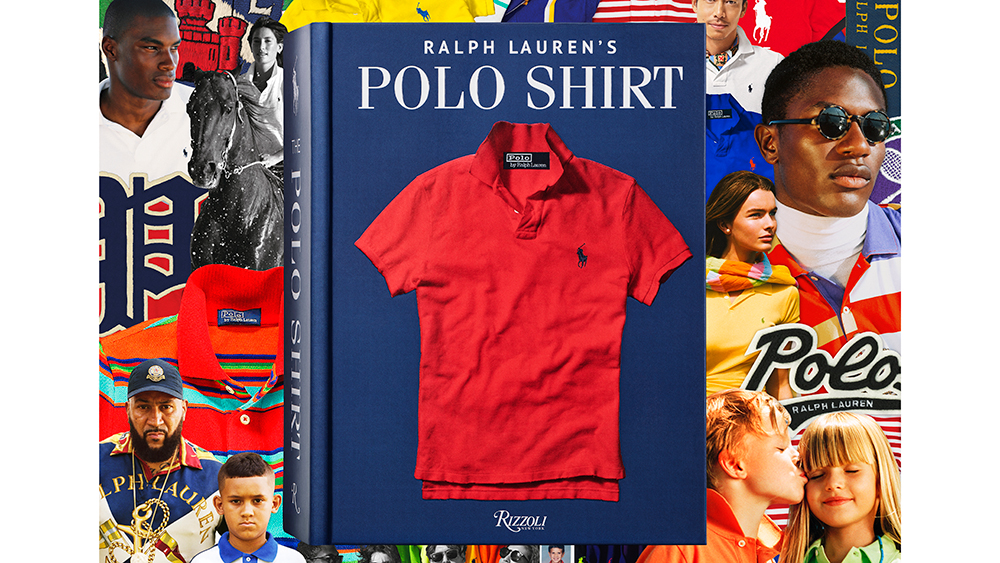 Consider this: The shirt commonly known as a polo is, in fact, a tennis shirt. Today’s polos have little to do with the horseback sport, but that’s largely irrelevant—show anyone from Milwaukee to Manila a combination of short sleeves, rib-knit collar and buttoned placket and the first thing that comes to mind likely won’t be a game, but a man: Ralph Lauren.

He may not have invented the polo, but he’s the reason why the term “tennis shirt” is seldom heard.

Fifty years ago, the designer—who, despite having never stomped a divot in his life, had named his brand Polo—emblazoned a two-button cotton-interlock shirt with a galloping jockey, transforming an athletic anachronism into a sartorial touchstone. To commemorate the design’s semicentennial, Ralph Lauren’s Polo Shirt, out this month from Rizzoli for $36.95, details how, as Oprah says in the book, Lauren “took a single shirt—the Polo— and turned it into a lifestyle. What he sells is the life we all want to lead.” Like Levi’s jeans, it’s the rare garment that transcends tastes, a basic, everyman piece of clothing that—unlike 501s—continues to conjure luxury.

A kid holding a stack of polos, as seen in the new book.  Ralph Lauren

The book provides a full diagnostic of the minutiae that distinguish Lauren’s polo and how it’s evolved over the years, from baggy fits informed by the rise of hip-hop in the ’90s to body-skimming cuts tailored to the fitness-crazed aughts. Dedicated Laurenites will be pleased to find an encyclopedic archive of the shirt’s most coveted iterations, illustrating its seemingly infinite adaptability.

There are images and quotes from famous fans, from Jerry Seinfeld to Pharrell, but the most compelling part might be a series of stories from regular folks recounting their personal connection to the shirt: an ER doctor who wears it under her scrubs for a boost of glamour; a US Navy veteran who brought his around the world; a man who used his first paycheck to buy one as a gift to his father. Taken together, they’re a resounding testament to why that little pony makes Polo’s polo so much more than just a shirt.