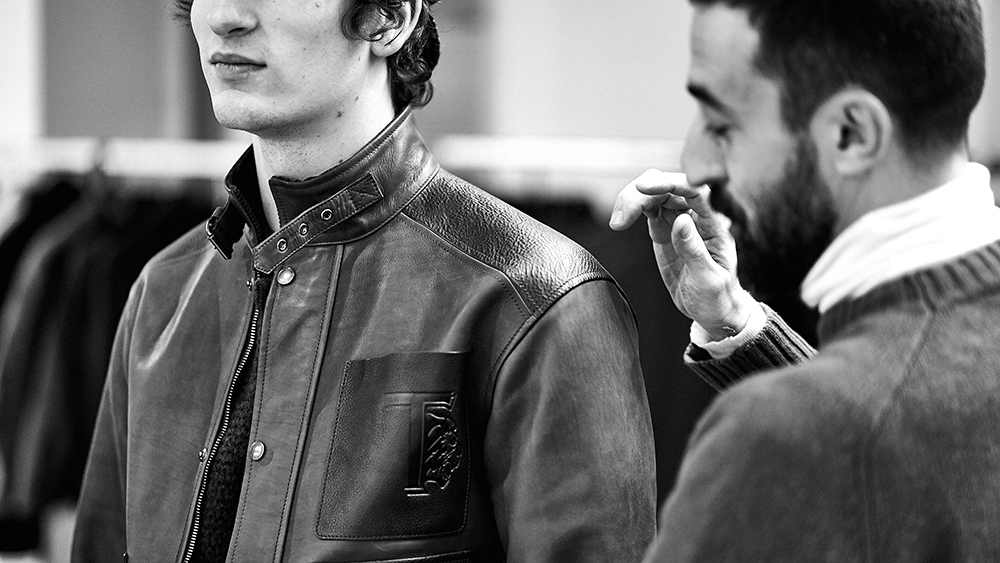 Ever since the late 1970s, when Fiat magnate and international style icon Gianni Agnelli was seen strolling in a pair of Tod’s thin, pebble-soled driving mocs, Gommino loafers have been a fixture of the affluent uniform alongside Louis Vuitton duffle bags and Loro Piana cashmere sweaters. The design’s popularity transformed a modest, family-owned Italian cobbler into a global juggernaut. Shoes have always been the staple, but with a new creative director at the helm, Tod’s is now applying its kid-glove touch to the entire wardrobe.

This marks the first time that one person will be responsible for men’s and women’s fashion as well as leather goods. Instead of a boldfaced name, Diego Della Valle, Tod’s CEO and the grandson of the founder, chose relatively unknown industry vet Walter Chiapponi (above) to take the reins. After serving as Givenchy’s design director, Chiapponi was on a grand tour of Italian fashion’s biggest names, holding top jobs at Gucci, Valentino, Miu Miu and Bottega Veneta before Della Valle came calling.

“I think it’s a matter of maturity,” says the soft-spoken designer of what drew him to the gig. “When you’ve been creative in a very extreme way for so long, you want to do something more grounded, more elegant, more sophisticated. I’m in my 40s, and now I really detest seeing [fashion] that gets old in a few weeks.”

A look from the resort collection.  Tod's

While he admits the brand could use a “more edgy point of view,” Chiapponi has no interest in pandering to hypebeasts. “‘Discreet,’” he says, “is a very important word for Tod’s.”

Raised in a Milanese suburb, Chiapponi admired the brand’s tony understatement from an early age: He recalls coveting a pair of Tod’s hiking boots as a teenager, which he finally received as a Christmas present—and still owns today.

Sportswear from the spring collection.  Tod's

Such timeless quality is central to his vision for Tod’s next chapter. From his first collection, which debuted in January 2020, Chiapponi set out to create garments that are to fashion what the Gommino driving moc is to footwear: exquisitely simple and enduringly chic. His collections offer all the bourgeois-at-play classics: buttery sheepskin bombers, clean-lined trench coats accented with leather collars and epaulets, blue jeans deftly tailored to defy seasonal trends.

A Gommino in progress.  Leonardo Rinaldesi/Tod's

Which is not to say Chiapponi is hung up on decorous good taste. Suits are cut with louche, wide-legged trousers; rakish field jackets often stand in for traditional sport coats. “I love that men aren’t so stiff anymore,” he says, noting that he designs for the guy who isn’t too precious about his attire. “This Italian idea of chicness is very important to me… the nonchalance of wearing very expensive clothes.” In other words, a whole collection of pieces that ask, “Oh, this old thing?”

Chiapponi describes his slyly irreverent approach as “destroying and remaking” the pillars of a man’s wardrobe—which was his literal approach when it came time to broach Tod’s most sacred cow, the Gommino. He deconstructed the canonical design, played with the proportions and reconfigured it with rustic leather cording rather than stitching. Tod’s artisans were somewhat scandalized.

After some tense conversations—“in a very Italian way, extreme emotion,” Chiapponi says—the workshops came around to his vision. The resulting shoe maintains the Gommino’s quiet elegance, but loosened up. Subtly rippled around the loafer’s moc toe, the suede looks suppler than ever. “It’s not too elaborate, overstructured,” he says. Equal parts sumptuous and unpretentious, it’s a design befitting today’s leisure class.