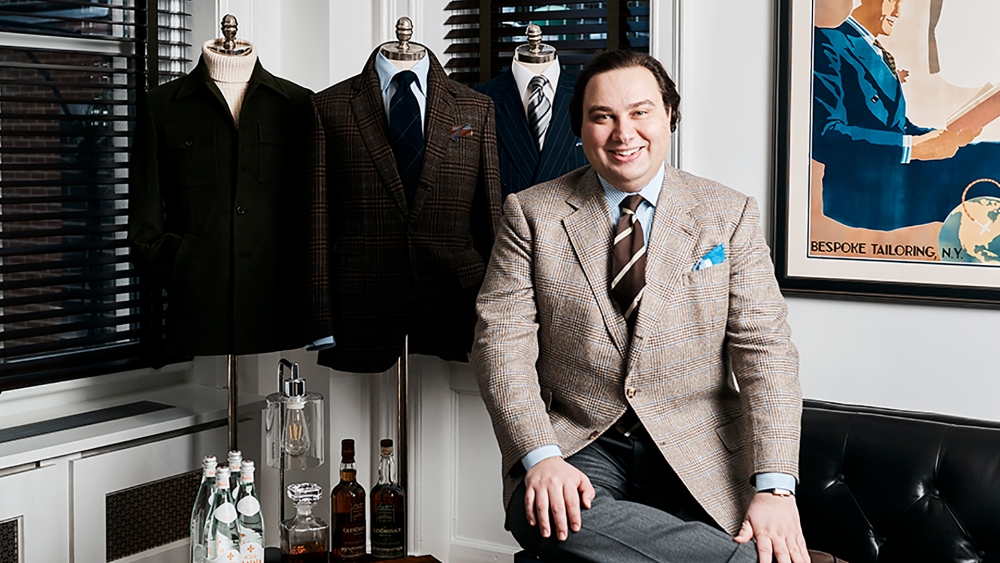 Manhattan-based bespoke tailor Paolo Martorano set up under his own name in 2017, and in the short period since has had notable success—enough that Robb Report sent menswear author G. Bruce Boyer to profile him a few months back. Now, the 30-year-old tailor has announced he’s expanding his business.

On Monday, WWD reported that Paolo Martorano Bespoke will offer made-to-measure designs this September, alongside a bespoke offering that includes suits, sports coats, trousers, gillets, shirts, PJs and even boxer shorts. This expansion aims to attract clients that don’t have months to wait on a garment, or are new to the bespoke process and are attracted to the cheaper entry point.

To recap the terminology, a made-to-measure garment uses an existing pattern  that undergoes basic modifications. Items made this way take around six to eight weeks to complete, while bespoke pieces can range from three to five months. That’s because bespoke requires the tailor to draw a unique paper pattern by hand and includes up to four fittings for the item to be perfectly constructed.

Serviced from his showroom at 130 West 57 Street, and at trunk-shows in Palm Beach and on the West Coast, Martorano’s made-to-measure operation will largely use the same 6,000 or so fabrics that bespoke customers can access—highly unusual for made to measure, which is often limited to a much smaller, and likely cheaper, selection of cloth. Pricing will start at $4,500 while bespoke begins at $7,500.

Before setting up on his own, Martorano worked at Paul Stuart where he helped quadruple the retailer’s made-to-measure and bespoke business over the course of seven years. Next came a stint at British menswear label Dunhill as its lead bespoke/made-to-measure specialist in America before he took the leap and launched his own company. His success over the last several years has already had one notable impact: He recently moved his business to bigger premises, all of 10 meters down the hall in the same building, where his collection of cloth, whiskey, cigars and menswear ephemera, as well as his clients of course, have more space to make themselves comfortable.