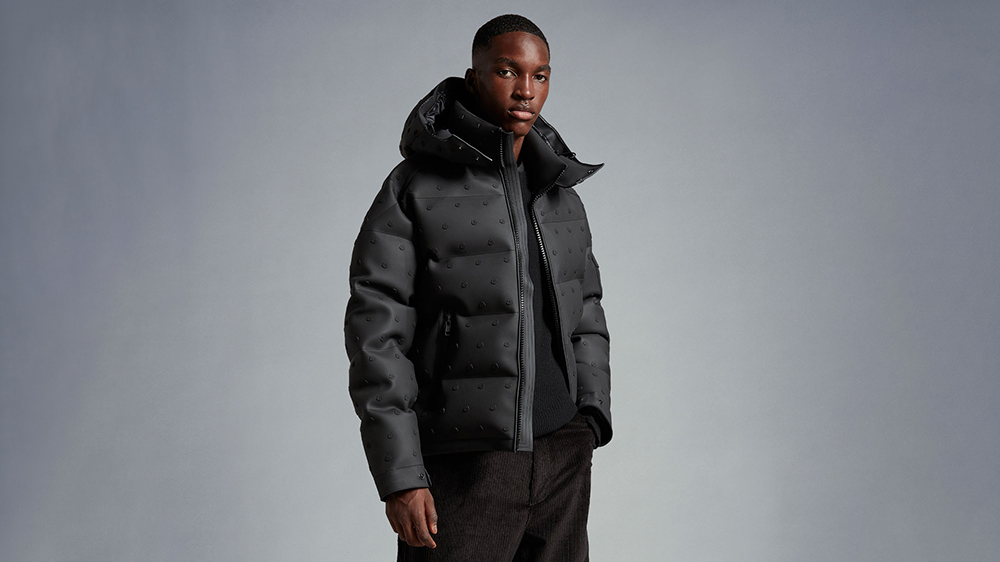 Moncler is continuing to heat up the streets with its next anniversary collab.

The French-Italian label dropped a new Maya 70 jacket with a stylish redesign by American musician, producer and auctioneer Pharrell Williams. The hooded, all-black puffer jacket will mark the seventh and final release from the brand’s “Maya 70 Collaborations” series that launched this year in celebration of Moncler’s 70th birthday. Seven designers were invited to redesign the outerwear including Valentino’s Pierpaolo Piccioli, Thom Browne and Rick Owens. Williams’s take, however, exists in a subtly cool world of its own.

For this collaboration, the multi-hyphenate talent re-envisioned the Italian down jacket with a quirky aesthetic fans might recognize from his streetwear-focused labels, Billionaire Boys Club (BBC) and Ice Cream. The jacket swaps out Moncler’s signature shiny finish for a matte finish, and boasts a more structured silhouette thanks to a molded polymeric material used for its design. Miniature three-dimensional Moncler logos placed all over the jacket also help distinguish it from the other jacket collabs for the brand’s anniversary.

“How do you define the last 70 years? Getting to design the iconic Maya jacket with my own twist was a total honor,” Williams tells Hypebeast. “I knew from the beginning I wanted it to be all rubber.” Williams chose Grammy-nominated rapper and singer Tobe Nwigwe to rock his design in Moncler’s new campaign. “I’m a huge fan of Tobe, and the way he combines music and fashion to make his own unique style. He’s the only person I know that could rock a rubber jacket and make it look even better.”

Moncler and Williams have worked together off and on since 2009. One of their most notable collabs was a four-piece collection of sunglasses that boasted massive square frames. Another unique release from the duo was a reversible puffer vest inspired by bulletproof tactical garments, that was released in 2010.

While it’s hard to get your hands on any of the duos’ previous work now, you can still buy the new Maya 70 jacket online and in select Moncler stores.