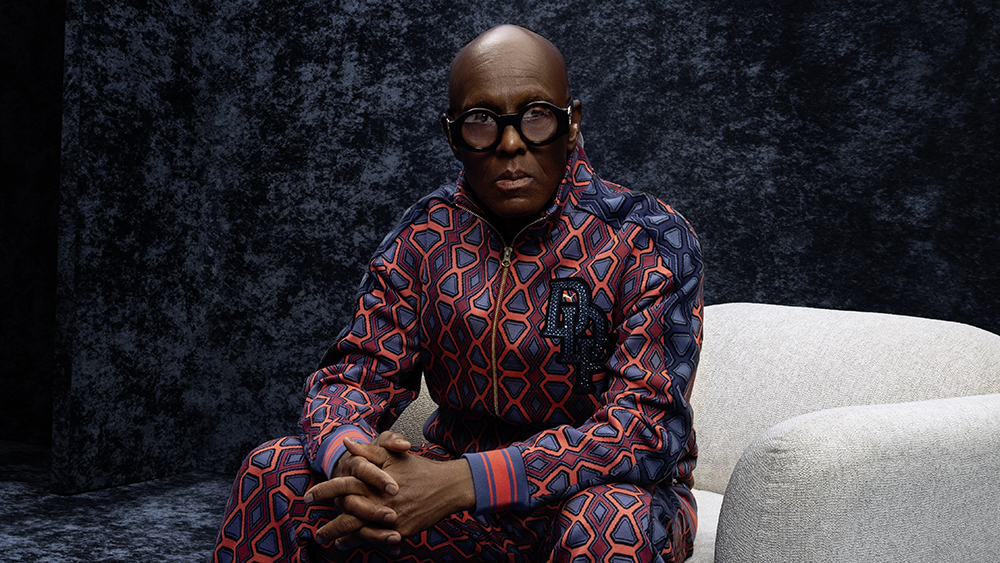 Puma is bringing the heat with one of fashion’s greatest innovators.

On Friday, the German sportswear brand unveiled a four-piece capsule collection, dubbed Puma x Dapper Dan, with reimagined takes on brand classics by the New York legend. Credited as one of Time’s Most Influential People, “Dap” is renowned for creating artist-defining looks of the ‘80s for bestselling rappers like LL Cool J and Salt-N-Pepa. Working closely with his Harlem-based atelier, the designer’s elevated new riffs on Puma’s T7 tracksuit, Clyde sneaker and embellished tees were made to celebrate the ever-evolving fusion of streetwear and luxury.

In this first drop of the capsule collection, three of the pieces—excluding the t-shirt—don a special monogram that Dap created to give the pieces a distinctive look. From 1982 to 1992, the Dapper Dan Boutique in Harlem became well-known for selling similar logo-heavy pieces that uniquely repositioned the iconic monogram logos of Louis Vuitton, Fendi and Gucci. Dap told Robb Report via Zoom exactly how similar imaging and symbolism was used to achieve the capsule’s bold print.

“The main catalyst for me to move ahead with Puma was the Puma itself,” said the designer, who wore an eye-catching Gucci blazer emblazoned with a logo print. “I took it from a pussycat to an aggressive feline.” The designer revealed that future drops will include suiting and other clothing that is “geared around the cat.” Pieces from the first offering, however, primarily sport a monogrammed print in orange, red and blue hues along with embellished “DDP” lettering for a statement-making effect that aligns with Dap’s iconic design history.

The Puma x Dapper Dan collab also celebrates 40 years of the German sportwear maker’s Clyde sneaker. Designed as a basketball sneaker and made famous by NBA champion Walt Frazier, the Clyde was popular with NYC B-Boys in the ‘80s and made headlines when they were worn by the Beastie Boys during a ‘90s concert. Dap offers a bold new take on the kicks with refined details, like premium leather and jacquard, a molded plaque on the heel tab with an embossed co-branded logo and a leather formstripe embellished with crystal furnishings.

Given his long relationship with the realms of music and high-end clothing, we asked Dap to reflect on how hip-hop and luxury began to co-exist over time. “Initially it was the gangsters who were generating, you know, all the culture,” he said. “When it shifted to hip-hop artists, that’s when it began to undertake a real change—and it was individualistic when it started. I think hip hop gave [luxury brands] a different reality.”

For the collab, Dap intentionally used his connection to the culture and streetwear to create pieces for “the average street guy” and all others seeking to sport his zany designs at lower prices. Dap recalls telling Puma “I’ll go downstairs but I’m not leaving the building,” meaning he wasn’t interested in making anything that didn’t meet his high standard for quality. The first selection of pieces from the drop is priced from just $70 to $300, and will be available exclusively at Kith stores and Kith.com from October 29.