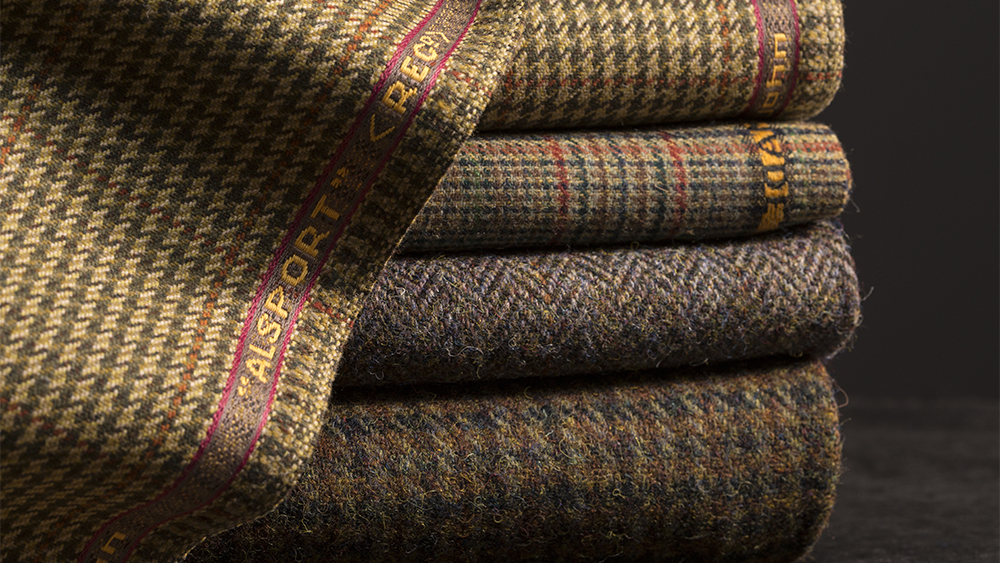 From June 2 to 5, the United Kingdom will observe the Platinum Jubilee of Queen Elizabeth II, marking the 70th anniversary of her ascension to the throne in 1952. During that time, the queen has issued 686 royal warrants to firms supplying or servicing the royal family, including a 1955 warrant to clothmaker John G. Hardy to supply the tweed used to outfit estate workers at her Balmoral Castle in Scotland.

Sixty-seven years later, that legendary Balmoral tweed is still being spun for the royals, although it is now supplied by Hardy Minnis, which was forged by the merger of John G. Hardy and fellow wool merchant J&J Minnis in the 1960s (today, Hardy Minnis is itself a subsidiary of Huddersfield Fine Worsteds). And though it’s been in production nearly long enough to earn a Platinum Jubilee of its own, the cloth remains shrouded in mystery.

As per its special status, the Balmoral tweed is not available to the public, and is closely guarded at Huddersfield’s Yorkshire headquarters—even sharing an image of the cloth is strictly prohibited. But in conversation with Robb Report, Huddersfield managing director Iain Milligan was able to shine a little light on the monarchical fabric. According to Milligan, the cloth—which is designed, spun and finished in Yorkshire—is a “very subtle glen check” whose colors are pulled directly from Balmoral Castle’s 50,000-acre estate, making for a kind of pre-modern camouflage.

“It’s all about being able to be on the estate, hunt and not be seen by the grouse,” Milligan says of its practical applications, adding that it is typically worn by the property’s gamekeepers and finished in a heavy, 19-ounce weight. “It has to keep you warm and dry in the Scottish Highlands in the worst of weather.”

While outfitting your staff in a specially spun tweed sounds rather…royal, it was a local custom long before Prince Albert purchased Balmoral Castle in 1852. “In the Scottish Highlands, every estate wanted to have their own tweed,” Milligan continues. “They were of all different varieties, but it was a way of showing your wealth and showing that the people on the estate worked for you and were a part of that estate, so it was about identification as much as anything.”

Now, as then, you don’t need a royal title or even an estate to commission your own fabric. Huddersfield hosts its own design department and will work with clients to create custom-woven cloths. Those interested in engaging the service can reach out through the mill’s contact page, where they will be put in touch with Milligan directly and begin the process of designing their fabric, which can materialize as a sample swatch in one to two weeks. Once a satisfactory sample has been approved, a run of the custom cloth in as little as three meters—just enough to make a single suit—can be produced in eight weeks.

Workers at the Hardy mill circa 1950 and today.  Huddersfield Fine Worsteds

Milligan estimates that a half-dozen custom cloths are produced each year, for clients ranging from members of the Saudi Royal Family to Japanese cycling clubs. But if you don’t feel that the custom route is within your reach (or needs), you can get a taste of what the Balmoral tweed is like via Hardy Minnis’s Alsport collection. The book of heavyweight fabrics was introduced around the same time as the Balmoral tweed, and Milligan describes its contents as being comparable in weight and feel to the royal fabric (so much so, that Alsport fabrics were featured in The Crown).

But ultimately, every bolt of fabric made by Huddersfield Fine Worsteds carries the royal seal of approval, whether its end destination is Balmoral Castle or your own closet. “We’re the only cloth merchant with a royal warrant,” Milligan says. “It does bring prestige into the markets that know about it.”