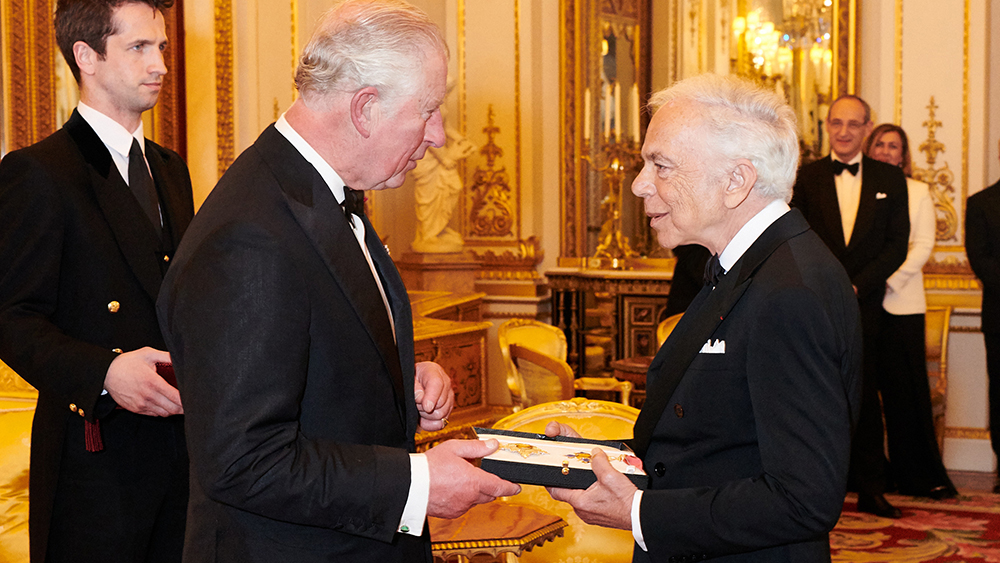 It seems like Ralph Lauren has spent his entire life making history. On Wednesday he did it again when he became the first American fashion designer to receive a knighthood from the British Empire.

His Royal Highness Prince Charles, the Prince of Wales, made Lauren an Honorary Knight Commander of the Most Excellent Order of the British Empire, or KBE, during a private ceremony at Buckingham Palace. Because Lauren is an American citizen, no one is technically required to refer to him as Sir Ralph from now on, but we can’t imagine people won’t. Formally, he can use KBE after his name in the future if he wishes.

The honor is a rare one, and the list of Americans who share Lauren’s status as knights (or dames, as the case may be) is filled with a number of admirable names; it includes Steven Spielberg, Bill and Melinda Gates and Angelina Jolie, among others.

The award was given for Lauren’s services to fashion (which are numerous, given the man turned a small neckwear concern into a globally recognized brand), but it could have easily been granted for his generous philanthropic endeavors. Lauren was instrumental in opening a breast cancer research center at The Royal Marsden hospital in London in 2016, which bears his name. This year, he announced a commitment to fund a new state-of-the-art facility called the Oak Cancer Centre. The space is expected to play host to over 300 researchers and over 140,000 patients annually.

The award makes the designer an even more decorated man. His list of awards and recognitions includes France’s Chevalier de la Legion d’Honneur, the James Smithson Bicentennial Medal, the Key to the City of New York and various awards from the Council of Fashion Designers of America.