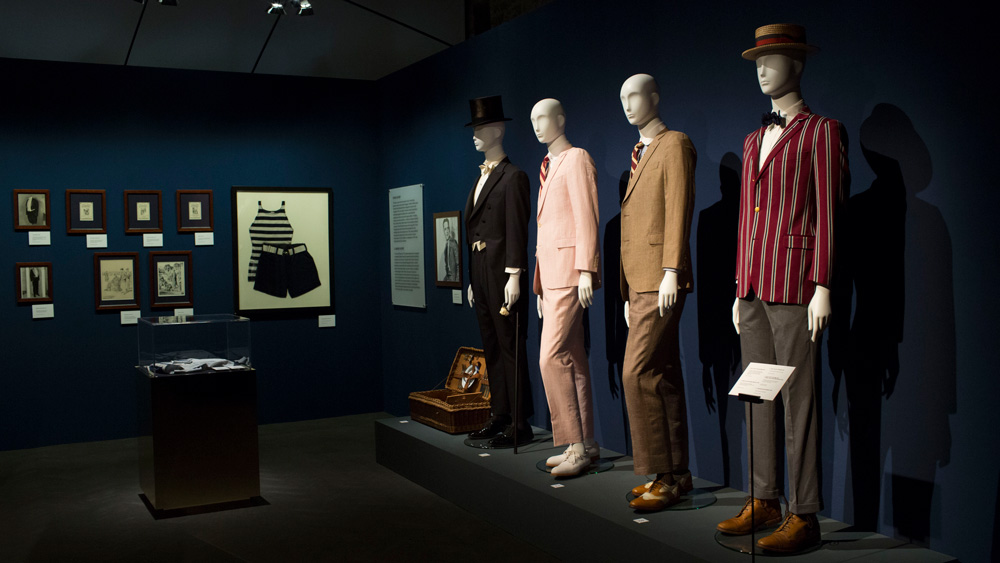 As a part of its ongoing 200th anniversary celebration, Brooks Brothers has announced a new retrospective exhibition debuting in August at New York City’s Grand Central Terminal that will highlight unique moments and artifacts from the brand’s storied history as America’s oldest retailer.

You might be surprised to learn that Brooks—one of America’s premier purveyors of prep—once dressed Abraham Lincoln. The President was wearing a Brooks Brothers topcoat the night he was assassinated. And then there’s Andy Warhol, who wore the brand’s white button-down oxford shirts almost exclusively. Exhibiting in Grand Central’s Vanderbilt Hall, 200 Years of American Style will include artifacts, imagery, and clothing that trace Brooks Brothers’ staying power as one of America’s most iconic brands.

Men and women alike can thank Brooks Brothers for introducing the ease of modern-day dressing with its off-the-rack suit in 1849—pretty much a precursor to all ready-to-wear as we know it today. That was just a few decades after Henry Sands Brooks, a grocer, decided to open a men’s clothing store in Manhattan’s mercantile district on Catherine and Cherry streets in 1818—a time in which Manhattan’s total population was approximately only 125,000. Other dressing staples were to follow, such as the original Polo Button-Down Oxford, the reverse-stripe tie, the polo coat, and sporting apparel meant for daily life.

American style is what it is today thanks to Henry Sands Brooks. Some of his personal effects will be on display at the exhibit, including items like his silhouette portrait and glasses and his daybook containing a record of the first Brooks Brothers transaction on April 7, 1818—a loan of £10 to a family friend named Daniel Merritt.

The exhibition will also explore themes and eras that were defining moments for the brand, such as the roaring twenties. Brooks Brothers was a favorite of F. Scott Fitzgerald, and Baz Luhrmann paid tribute to its popularity during the era by commissioning the brand to create over 1,500 costumes for the modern remake of The Great Gatsby.

Also accompanying the exhibition will be an 18-foot-high video sculpture in the form of the brand’s iconic Golden Fleece logo that will contain 100 LED screens. The screens will take visitors on a journey through the brand’s history as well as highlight its notable clientele from Hollywood legends to the political elite.

The exhibition opens August 6 and will be on view through September 5.