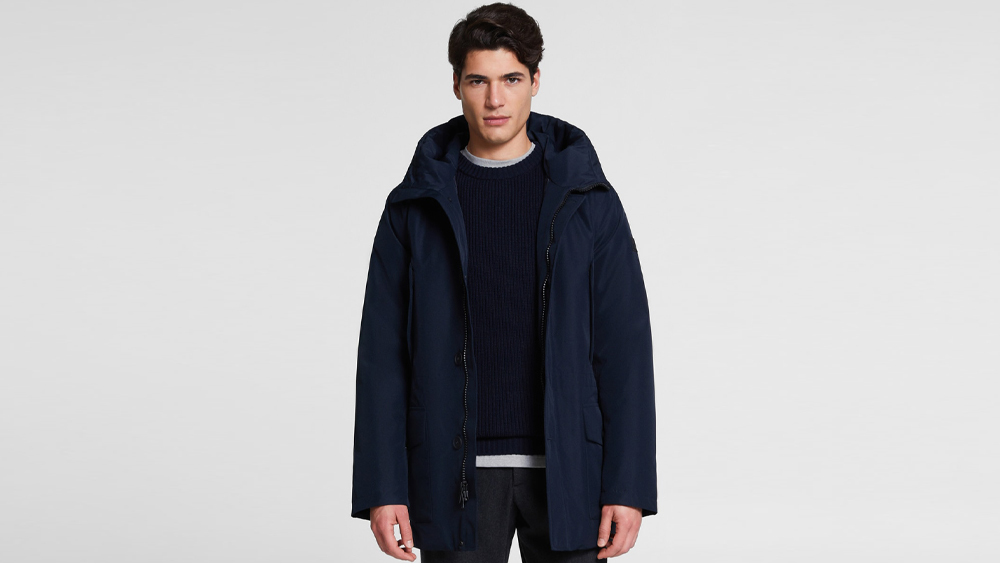 It’s hard to get through winter with just one coat—not only because three months is a long time to pledge loyalty to a single garment, but also because the season can be just as unpredictable as springtime.

So while it’s good to have a heavy parka that looks (and feels) like a wearable duvet, there’s something to be said for outerwear that can stand up to the elements with a lighter weight. After years wearing one of Woolrich’s famous Arctic Parkas in blizzard conditions (and in climates that are merely very cold), I was pleased to find that the brand’s Mountain Parka offered many of the same benefits as its warmer cousin in a much more versatile fabrication.

First and foremost, its tough outer shell is cut from Gore-Tex treated polyester, which means it resists wind, snow, rain and stains—all of which are unavoidable risks this time of year. Its exterior is largely the same as the Arctic Parka stylistically; while it doesn’t feature a detachable fur hood trim, it does have the same button-closure storm placket and handwarmer pockets at the chest.

And while it’s filled with the same blend of duck down and feathers, the coat is stuffed with a lesser density of these materials. Woolrich uses four warmth ratings for its outerwear, from 500 (warm jackets that you can wear in multiple seasons) to 800 (warm enough for the most severe weather winter can muster). The Mountain Parka sits at the 600 level, making it the kind of thing you can wear from fall and well into winter—and from winter into the chilly, early days of spring.