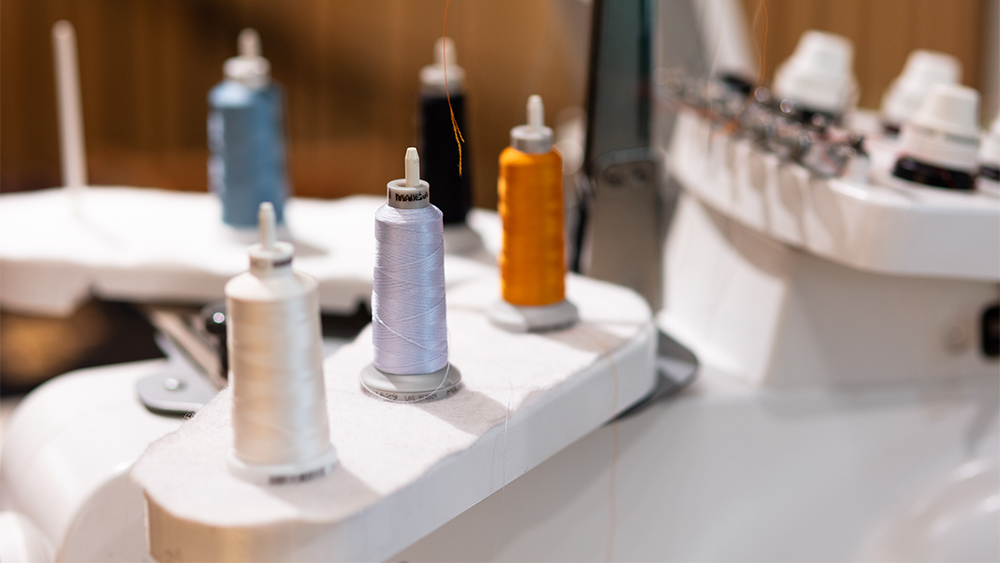 As of April 12, Savile Row is back in business. And to mark the occasion, the Pollen Estate—which owns much of the Row’s real estate—is inviting the bespoke-curious to take a peek behind the curtain via an immersive, two-week experience called “Theatre of Craft.”

The event, which runs from 8 a.m. to 4 p.m. on weekdays and 9:30 a.m. to 4 p.m. Saturdays, will begin at The Service, a coffee shop and gallery space located at 32 Savile Row. Once fortified with a flat white or macchiato, participants are invited to view an on-site exhibition from the 125-year-old cloth merchant Dugdale Bros & Co that demonstrates the stages of a bespoke suit’s life from raw materials to final product.

The exhibition includes archival books and cloth samples dating to the 19th century, as well as samples of raw merino wool used by Dugdale in the present day, which attendees are invited to handle. Dugdale chairman Rob Charnock will be on hand to speak to the firm’s century-plus history and present technical notes and cuttings that were made by his grandfather in the 1920s as he trained to be a cloth merchant.

“Being based on Savile Row, we are among the greatest guardians of the art of bespoke tailoring, whose passion, skill and endeavor mirrors that which goes into every inch of cloth that we make in Huddersfield,” Charnock tells Robb Report. “We want people to understand that Savile Row is bigger than the geographic location here in Mayfair. It’s about the people, the pride and the passion.”

Following this introductory experience, guests are invited to wander the Row and observe craftspeople at work on the East side of the street and view additional installations hosted on the West side. Subjects will vary from hand embroidery as demonstrated by embroiderer Hawthorne & Heaney, bespoke pressing and leather repair from specialist dry cleaner Savile Row Valet, and shoe care by the Jaunty Flaneur.

Organizers describe the event as having a relaxed atmosphere that welcomes old-guard veterans and first-time visitors alike. “This is for everyone,” says Service co-founder Fern Merrills. “People who already love and shop on the Row through to the completely uninitiated. The focus is on the craftsmanship, creativity and the immense pride that goes into creating something beautiful like a length of handwoven cloth or a full bespoke suit.”

The last year has undoubtedly been a trying one for England’s tailoring epicenter, but green shoots can be seen in such encouraging news as the arrival of newcomer Dobrik & Lawton, whose April 19th official opening coincides with the event’s run. The house, whose partners Joshua Dobrik and Kimberly Lawton can claim to be the youngest bespoke tailors to open on the street in 52 years, is doing its part with a window display that pays homage to the interwar decorative arts and Hollywood costume designer Adrian Greenburg.

“As we come out of lockdown, I urge people to travel to the street that is now seeing more occupation and vibrance than it has in years past,” says Lawton. “If there is a moment to start exploring bespoke tailoring for the first time, or to delve back into it after a year of turmoil, it is now.”

Seasoned customers may also encounter something new. Cad & The Dandy founder James Sleater notes that the last year’s shifting dress codes have led his house and others to invest in a greater range of bespoke wear, such as gilets and safari-style jackets. “It’s given us the ability to make a greater variety of clothing and increase our product ranges,” he says.

And so, an institution that’s already survived two world wars emerges from yet another international crisis, both the same as it ever was and not quite what it had been before—and more than ready to begin its next chapter.