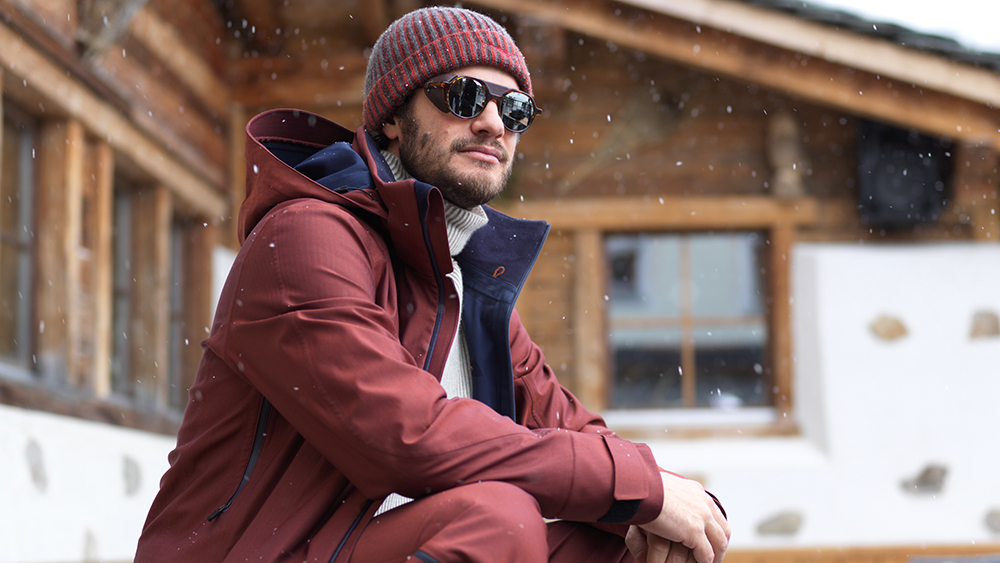 If Franco Loro Piana‘s surname sounds familiar, that’s because he shares it with the fabric mill and luxury clothing brand started by his relative Pietro Loro Piana in 1924. After years spent working in fashion at home in Italy and in New York, Franco broke away from the company he was raised in and launched his own brand just last year. Dubbed Sease, a melding of ‘sea’ and ‘ease’, the line is influenced by his love of sports and the outdoors. A new pop up store in partnership with Moda Operandi, which is open through this weekend, brings it Stateside for the first time.

What makes the clothes worth the trip? They blend the kind of functionality you’d expect from a designer whose main passions are sailing and skiing with the kind of style you’d get from someone whose life and career are steeped in sartorial history.

“It’s a system for a contemporary wardrobe for a man who lives in the city, has a dynamic life, always on the go chasing time, and then a need to escape to have a reconnection with nature and their outdoor passions,” Franco said of the clothes. In other words, they’re the kinds of pieces you can wear on an adventure—that still look great when you return to your urban homestead.

The philosophy shines through in every garment. One of his roomy jackets features an exterior cut from cashmere and a lining made from a durable, recycled material. A hoodie-like piece is fashioned from the kind of striped wool suiting fabric that reads more boardroom than the mountaintop. Loro Piana’s relationship with his familial company remains strong, and it still develops and produces nearly every fabric he uses. And these materials count for more than simply their performance.

A devoted proponent of sustainability throughout the supply chain, the designer spends considerable time thinking about the process used to make clothes of this caliber. “Sustainability, right now, should be a duty for entrepreneurs,” said Franco. “I don’t see it as a marketing tool, as a way to tell the community the impact of what you’re doing. I want to do it because I want to feel good myself, and then if I can educate people to make wiser decisions, I’m happy.”

The pop-up shop itself also embodies those values. Located in Tribeca, the space features a minimalist feel and walls painted a deep shade of ocean blue. It’s outfitted with everything from climbing ropes and sails to goggles, precisely this kind of world-building that made Moda Operandi’s menswear director Josh Peskowitz enamored with the brand in the first place.

After being introduced by Moda founder Lauren Santo Domingo, Peskowitz visited Loro Piana’s shop in Milan. “What we were really impressed by, besides the clothes, was Franco’s vision for a total life,” Peskowitz said. “Everything in the shop in Milan—and we’ve really tried to recreate some of that here in a temporary capacity—it really told such a comprehensive story.” Peskowitz emphasized that the clothes are more than strong enough to speak for themselves, but the manner in which they are presented is one of Sease’s most compelling elements.

“It was nice to create this bonding between the online world and a physical installation to show the product,” Loro Piana said in reference to the collaboration with Moda. “They’re high-end materials that need to be touched to understand what we’re talking about.”

To touch the clothes, visit the Sease x Moda pop up at 160 West Broadway in New York City, open until Nov. 3. If you’re not in the area, you can take a look at the clothes on Moda Operandi’s website.