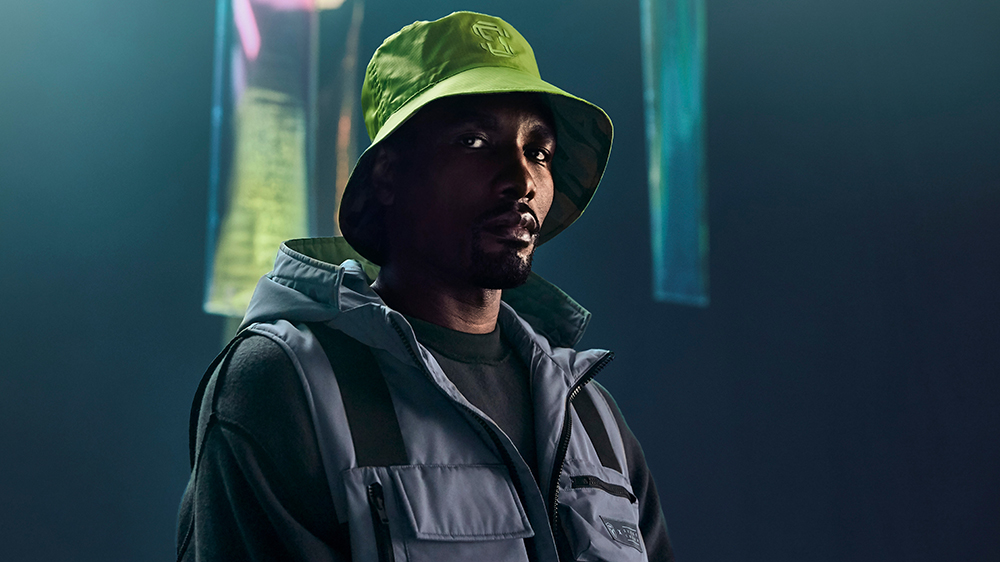 The last decade has seen the NBA undergo a style revolution. Billowing power suits like those worn by Michael Jordan during his career have been replaced by clothing that’s actually chic. And one of the players at the forefront of this movement has been noted scarf aficionado Serge Ibaka.

The NBA champion, who just signed a free-agent deal with the Los Angeles Clippers, has decided to take his love of fashion to the next level by teaming up with Canadian label Nobis for a new genderless capsule collection. Featuring cold-weather staples like parkas, anoraks, utility vests, hats and, yes, scarves, the limited-edition collection is filled with the kind of clothing Ibaka loves to wear most.

Robb Report recently got the star on the phone to talk about working with Nobis, his love of scarves and if moving to LA will change his style at all.

Over the last few years, you’ve become known as one of the best-dressed players in the NBA. When did your interest in fashion begin?

Since I was a young man. I always loved to see my dad wear nice suits. Where I come from they are part of the culture. Everybody loves to dress in a suit. I think they are my favorite clothing item, nice double-breasted suits.

You’re known among NBA fans for your love of scarves. When did you first become interested in them?

It started with my rookie year, when I moved to Oklahoma. In the winter it gets cold. The first designer scarf I bought was a Louis Vuitton. And I liked that and it became my thing. If people can recognize you for something, you know, you’re doing something good.

NBA style has come a long way since the days of Michael Jordan and his billowing suits. What changed?

I think it’s good that players care more about their style. I think it’s really helping the image of the league. Those brands see that players are really into fashion now and because of that, the league has become fashionable. That’s why Louis Vuitton is partnering with the NBA. I also think it’s a good message to send to the kids. We wear jerseys on the court but off of it we have lives too, we have some personality.

Whose style stands out to you and what do you think it says about them?

Russell Westbrook and [former player] Dwayne Wade. But there are a lot of guys dressing nice throughout the league. I feel like by dressing you are explaining yourself without saying anything. If you don’t know me, you can figure out the kind of person I am by how I dress. I’m sure that goes for other players too, because the way they dress says a lot about them.

How would you describe your personal style?

My style is art. Yeah, that’s how I describe my style—art.

Your capsule collection with Nobis is your first. What made you want to start designing clothes?

I’ve always felt like at some point I had to do something. When it comes to fashion, to clothing, I have good ideas. But I didn’t really expect my first try to be as big as what I’ve done with Nobis. They really gave me a good opportunity to express myself and my fashion sense. I’m really grateful for the opportunity.

You’ve just signed a deal with the Clippers, but you had been with the Toronto Raptors the last few seasons. Was it important for you to work with a Canadian label?

Yes, it was important. At the time, I was playing for the Raptors, so working with a Canadian label seemed perfect. And their style matches what I think of as my own. Their style matched what I was envisioning.

Every item in the collection is genderless. What was thinking behind that?

I have a daughter. I have women in my life. That is important for me.

The collection is filled with cold-weather gear like parkas, hats and, of course, scarves. What draws you to that type of clothing?

Obviously, we’ve touched on your love of scarves but are there any other accessories you like? What about watches?

Now that you’re about to move to LA, do you see your style changing at all?

I don’t think my style’s going to change because I’m going to LA. My style is going to be the same as when I was in Toronto. It’s a different city so maybe there will be different opportunities but it will be the same for me.