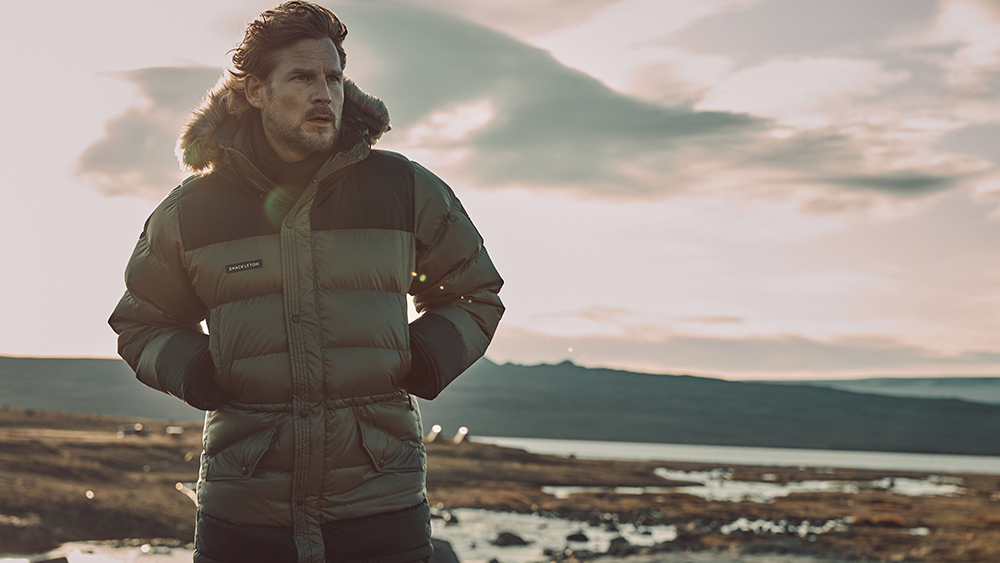 Depending on where you’re reading this, it’s probably cold out and about to get colder. And in cities such as New York and London, it seems the entire world is wearing Canada Goose. The 17 people who didn’t get that memo are probably in The North Face. Among these heavyweights of cold-weather clothing, Shackleton is almost certainly a new name on you, but if you’re after a parka that can withstand truly bitter temperatures but doesn’t use coyote fur (as Canada Goose still does), or if you just prefer not to follow the herd, it’s a brand worthy of investigation.

The name comes from one Ernest Shackleton, a great British hero who led three separate expeditions to the Antarctic. The company is supported by Ernest’s grand-daughter, The Hon. Alexandra Shackleton, and in the few years since its launch in 2016 it has started to grow a reputation in certain circles for expedition-grade gear.

The water-resistant Endurance Down Parka is the brand’s signature and it has a number of points to commend it. First, it’s remarkably light. Often serious high-grade outerwear can be rather heavy, but this parka weighs less than a kilogram despite being long enough to fully cover your seat. The filling is 800 fill-power European goose down, which has been “proven down to -30C and field-tested in Antarctica and the Arctic,” according to the brand. The down is a by-product of the food industry and has been sourced and managed in line with the Responsible Down Standard, which certifies that a company’s supply chain has been audited by a third-party body and no down has been plucked from live birds. It’s certainly warm: I was perfectly toasty wearing just a T-shirt underneath it during a test outing on a recent frigid New York weekend.

The detachable synthetic fur ruff around the hood uses recycled polyester as its base fiber (disappointingly it’s not recyclable itself; a spokesperson claimed Shackleton hopes to introduce a fully recyclable synthetic fur for winter 2020). Another strong selling point is that the coat fits inside an included stuff sack, so it can be packed in your travel bag in case of cold-weather emergencies on any trip where the weather forecast looks a bit iffy.

After trialing it for a number of weeks, I had another question for the spokesman concerning the zip. Many similar jackets have a two-way zipper to allow access from below as well as the neck. This parka does not. I was surprised. But, says the brand, a two-way zipper was trialed but was found to let in too many drafts, so the one-way zip won out. That performance factor is probably also why, fully zipped up, the parka fits quite snuggly around the neck so there’s not much room for anything else around there. You’re best to leave the scarf at home or slip a thin one in one of the large inside pockets. Speaking of pockets, the four external ones are all lined with a warming felt which means you could survive without gloves, if you had to.