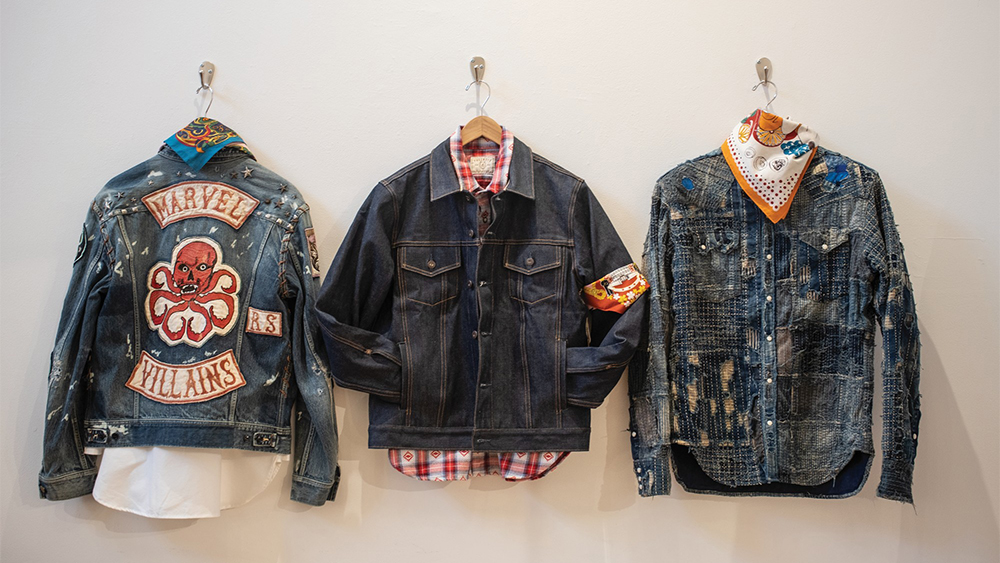 When Standard & Strange opened its original, 200-square foot store in Oakland in 2012, it was the height of menswear’s “heritage” moment. Informed by online message boards and blogs, desk jockeys from coast to coast were investing in Japanese denim and American-made boots.

“From 2012 to 2015, it felt like there was a new store selling Filson, Red Wing and Rogue Territory every five minutes,” Standard & Strange co-founder Jeremy Smith tells Robb Report.

Like all booms, the heritage craze eventually went bust. But whereas some of its other West Coast exemplars like Unionmade and Two Jacks Denim have disappeared, Standard & Strange has not only survived but thrived. After moving to a larger Oakland space in 2015, Standard & Strange expanded to Sante Fe in 2019 and, this past October opened a Manhattan location.

Smith and fellow co-founder Neil Berrett credit the longevity of their business to a number of factors, including a focus on high-quality goods and deep investments in customer service and inclusivity. “We wanted to have space where if you show up, we don’t care if you buy something. We wanted you to hang out and feel comfortable,” says Smith, who wanted the shop to counter the scene’s “cool kid problem.”

This same sentiment led to the development of what Smith deems “heritage plus.” While all the store’s locations continue to supply what he considers the business’s “core” offerings—jeans, boots and leather jackets—the selection has diversified with labels like Blluemade, a New York-based brand making linen shirts and pants in loose, gender-neutral silhouettes. In addition, Smith and Berrett have used their Santa Fe outpost to champion more experimental designers like Bode and Clutch Golf. “Heritage is cool,” Smith says while noting, “You can’t build a lifetime business just selling heritage.”

Similarly, Standard & Strange has welcomed brands from beyond the expected made-in-America or made-in-Japan fold, proudly carrying goods from China’s MotivMfg and Indonesia’s Sagara Bootmaker. “What we care about isn’t where the factory is, because factories and labor can be terrible anywhere, or they can be great anywhere. It’s about the people, and how they treat their workers,” Smith says. “Are they paying their workers fairly? Do they understand their supply chain in depth?”

Smith and Berrett have gone to great lengths to visit vendors in person, with Berrett making multiple visits to Japan each year prior to Covid. The investment has paid off with Standard & Strange becoming the sole US seller of niche Japanese makers like Clinch Boots and Ooe Yofukuten. “It’s worth every second because we have deep relationships with vendors and we show up,” Smith says. “A lot of other stores trying to sell these brands won’t get on a plane.”

The duo’s search for quality product has even brought them to whisky. Parlaying a long-standing relationship with the California-based distillery Workhorse Rye (in which Smith and Berrett are individual investors), the two helped produce a “Standard & Strange” malt whiskey distilled from heritage grains and matured in ex-bourbon and mizunara casks before being bottled at cask strength. The whiskey was released in April to the tune of just 280 bottles; another edition is planned for release next year.

As far-ranging as Smith and Berrett’s ambitions may be, it always comes back to the shops. “We believe in physical retail so much that we opened a store in New York during the pandemic,” Berrett says.

In all seriousness, the experience of the pandemic—during which time the stores were closed for 15 months, but staff received their full salary—deepened their commitment to giving back. In June 2020, the business began giving 2 percent of its revenue to charitable causes including RUNWAY, which provides financial assistance to Black entrepreneurs. While it wasn’t the motivating factor, Berrett says: “Doing these things that were bigger than ourselves and bigger than our business really strengthened a lot of relationships with our customers.”

In the near future, Smith and Berrett are looking forward to restarting in-store event programming and welcoming back vendor trunk shows. Time will tell, but it’s fair to guess that Standard & Strange may leave quite a heritage of its own.