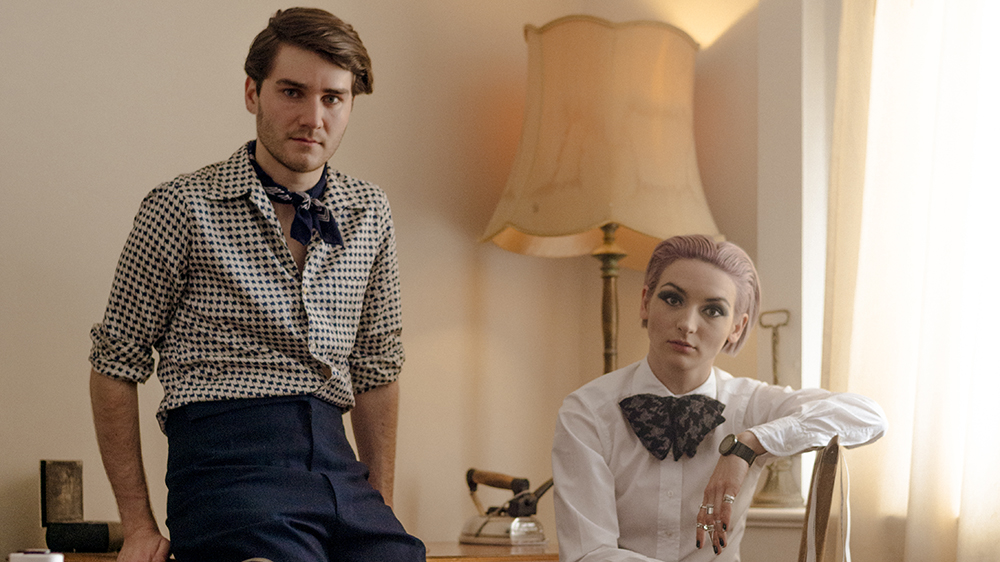 In Paris, Husbands is giving the suit its mojo back.

“Today, the suit is all about sex appeal,” says Husbands founder Nicolas Gabard. “We want to give men a reason to ditch their chinos, and to show that suits can still be elegant and cool.”

If anyone is currently making the case for tailoring’s enduring charisma, it’s Gabard. A former lawyer and ad man, he founded Husbands in 2012 with the express purpose of making tailoring sexy, particularly suits. His designs put a modern spin on louche ’70s looks, with cuts inspired by old photographs of Mick Jagger, Bryan Ferry and Serge Gainsbourg from the golden era of Studio 54. They’re best worn simply, with open-collar shirts, turtlenecks and loafers; Gabard often wears his with Cuban-heel zip-boots.

Elsewhere, other European indie brands are reexamining tailoring with fresh eyes—taking advantage, perhaps, of their relative youth and lack of a prescribed “style” from decades past. In London, bespoke duo Joshua Dobrik and Kimberley Lawton are shrugging off some of the old rules when it comes to their craft.

“We cut a lot of statement pieces for clients to wear in the evenings or on weekends,” says Dobrik. “We’ve just delivered a ‘Battledress Jacket’ to a customer who wanted a modern reinterpretation of his grandfather’s wartime garment. It’s designed to be worn over a cable-knit sweater and paired with jeans.”

Jackets in cool to warm hues at Husbands, in Paris.  Husbands

Another tailoring house that’s mastered the art of dressed-down suiting is Stockholm’s Berg & Berg, which markets its designs as contemporary takes on classic style. (Sweden has been a hotbed of creative menswear for some time now and shows no sign of slowing.) The brand’s suits and jackets have a classic Neapolitan cut, with soft shoulders and minimal padding but with the keen Scandi eye for muted, subtle fabrics. Berg’s campaigns present tailoring paired with everything from Western shirts to chunky turtlenecks, with nary a necktie in sight.

“I probably only wear a tie twice a month now,” says creative director Andreas Larsson. “We stay true to the principles of quality and craft, but our tailoring is designed for a creative guy—to be dressed down, not up.” This philosophy is mirrored by Sweden’s other hot tailoring brand, Saman Amel, which is also known for teaming suiting with minimalist knitwear. Swapping in a fine merino crew neck beneath a suit is a small change, but it’s a fresh look that wears cleaner and more relaxed than a formal shirt.

Such a focus on simplicity is distinctly Scandinavian, but Italian designers are also playing with the suit’s functionality. Techmerino tailoring has been a mainstay of Zegna’s collections for a few seasons, offering machine-washable blazers and suits for business travelers. But Corneliani impressed recently with its technical collection of pairable, relaxed separates in travel-friendly fabrics. Similarly, Kiton’s KNT range, which launched in October 2018, is billed as tailored urbanwear: formal pieces cut in technical fabrics, with enhanced stretch and breathability. Sport coats are matched with shirts and sweatpants in the same fabrics for a hybrid wardrobe that moves suiting into competition with sportswear. Both capsules are worth exploring for those in search of high-performing—but still stylish—kit to wear on the move.

Back in London, East End brand Timothy Everest is experimenting with a different material, cutting blazers and safari jackets in suede. “Tailoring needs to evolve,” says its director and general manager, Lee Rekert. “We’re finding that clients want pieces that are much more relaxed right now.” In recent months, head cutter Fred Nieddu has been encouraging clients to order softly constructed suits in flannel or corduroy, suede safari jackets and cotton trousers, all meant to be mixed and matched together. The company calls this “tailored casual,” with the goal of helping customers build wardrobes that are still bespoke but much less stiff than you’d expect from a London tailor.

While the appeal of traditional, rigid formalwear might be on the wane, there’s likely still a place for it in the modern man’s wardrobe. But inventive new spins on suiting are coming hard and fast. Whether a sensual Parisian two-piece to wear partying or a high-tech travel solution, the suit isn’t just still relevant—we’d argue the new, more versatile version deserves more room in your closet than ever before.