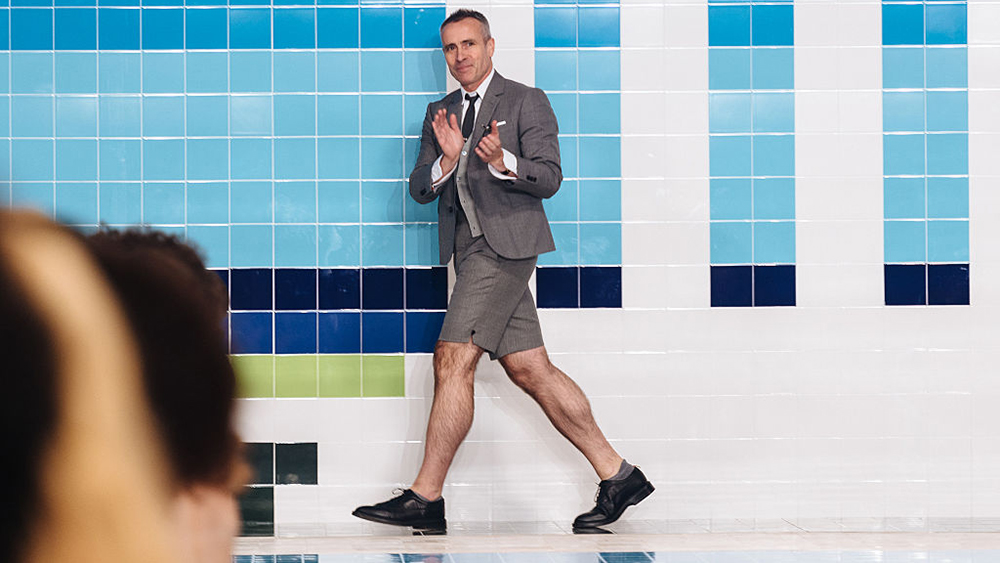 Thom Browne has been elected as the next chairman of the Council of Fashion Designers of America (CFDA), effective Jan. 1, 2023.

According to the CFDA, its board unanimously elected Browne to the role for a two-year term. The 57-year-old designer succeeds Tom Ford, who completed a three-year term at the end of May. Since that time Steven Kolb, CEO of the CFDA, has served as interim chair and will continue to do so through Dec. 31.

In his new role, Browne will now be charged with steering the organization amid a rapidly changing landscape, the CFDA added.

“I am very excited about taking on the chairmanship of the CFDA,” Browne said in a statement. “I feel a huge responsibility in working with Steven and the CFDA team to carry on the positive and important work of Tom, Diane and Stan. I, also, feel that it is important to give back to an industry that has supported me so well over the last 20 years. I am so proud to be an American designer… there is so much happening in American design today that the world needs to really see and recognize and truly appreciate.”

“Thom understands the steps that are required to build an American fashion business that is both successful and highly respected by the global fashion community,” added Kolb. “Our members, at every level of the CFDA, and the organization as a whole will benefit immensely from his thoughts, ideas and experience, and I’m looking forward to our work together.”

Browne launched his business in 2003 with five gray suits in a made-to-measure shop in New York City’s West Village, creating a sharply tailored uniform comprising a jacket and trouser paired with a grey cardigan, a white oxford shirt, a grey tie and silver tie-bar, and classic black brogues. He has since expanded into complete men’s and women’s ready-to-wear collections, footwear, accessories and fragrance.

The designer became a member of the CFDA in 2005. He has been the recipient of CFDA’s prestigious Menswear Designer of the Year award three times: in 2006, 2013, and 2016. He was also a runner-up winner of the 2005 CFDA/Vogue Fashion Fund. In addition to serving on the CFDA board of directors, Browne is a past member of the organization’s admissions committee and serves on the current selection committee for the CFDA/Vogue Fashion Fund.

“My most important message is that everyone should have all the opportunities to thrive as designers, but the core of this success has to start from pure creativity,” Browne added. “It is our responsibility as designers to keep the story being told in an uncompromisingly creative way that reaches all in the most positive way. It is the mission of the CFDA to support and encourage new voices and new designers to parlay their creativity in to a unique and singular level of success. As designers, it is our responsibility to provoke… to educate… to entertain… to make laugh and to make cry… and, most importantly, to make beautiful clothes and to succeed in nurturing the next generation of American design.”