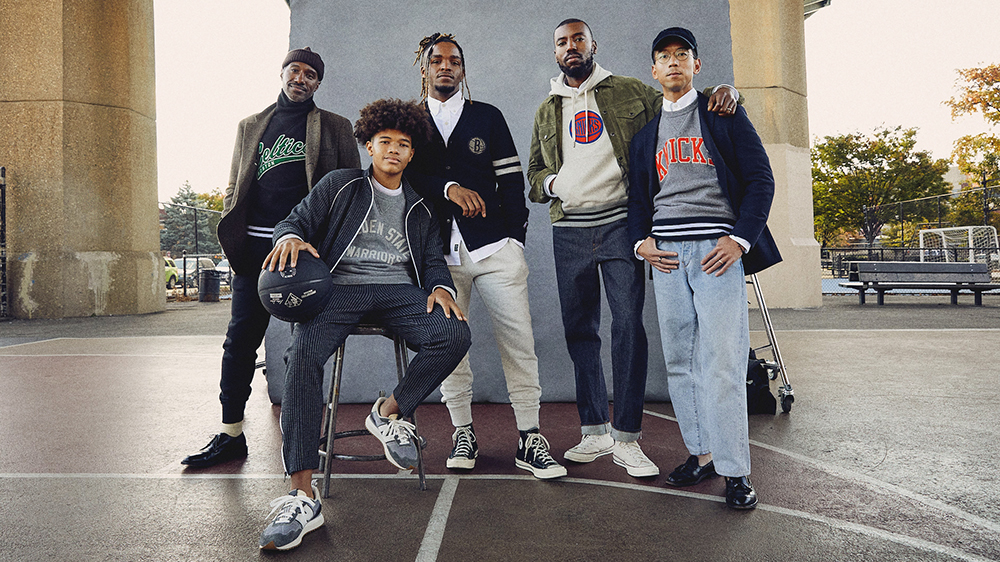 Todd Snyder’s latest collab is designed to look good whether you’re watching the game courtside or simply heading to lunch.

The New York City-based designer’s namesake label launched “The Courtside Collection” on Thursday, in partnership with the National Basketball Association. Collectible jerseys are cool, but this slam dunk of a collection offers gear you’ll want to sport every day. It features team logos and colors for some of the league’s most prolific teams, including the Atlanta Hawks, Boston Celtics, Brooklyn Nets, Golden State Warriors, Los Angeles Lakers and the New York Knicks. The pieces range from turtlenecks to leather varsity jackets for standing out on the sidelines.

“I wanted to create some fan gear that was sophisticated–styles that you could wear to the game and around town. The Courtside Collection is kind of a dream come true because growing up in Iowa I played basketball every day,” Snyder shares in a statement. “When I moved to New York during the ’90s era, I fell in love with the Knicks and finally had a hometown pro team. One of my career highlights was winning a design contest when I worked at The Gap to design the jerseys for the Indiana Pacers. To see them play in something you designed. That was something else.”

The highlight of the six-piece collection is the range of varsity jackets, one for each team, decorated with patches on the back, sleeve and chest. Each of the $1,500 jackets is crafted from Melton wool and is accented by leather sleeves and a soft ribbed trim.

For knitwear, Snyder and the NBA created 100-percent cashmere cardigans and sweaters. The cardigan features genuine horn buttons and a bullion logo, created with an embroidery technique where the threads are covered in wire to create a gleaming finish, on their chests. Intarsia stripes on the cardigans act as a nod to vintage athletic wear for the knits selling for $528 a pop. The retro cashmere sweaters boast a two-tone colorway with lettering across the chest. The crewneck knit going for $498 is made to pair well with your go-to sweats and denim.

French Terry turtlenecks and hoodies from the drop are made with “old-fashioned” designs at a family-owned factory in Canada. The black turtlenecks sport each team’s name in full across their chests for $268, while the hoodies (made with a double layered hood) in white don team logos plus contrasting black-and-gray striped hems for $248. A crewneck sweatshirt in gray rounds out the drop, made from two-tone cashmere with satin team lettering stitched on for $498.

No stranger to collaboration, Snyder has partnered with a number of iconic American brands including L.L. Bean, Converse, Timex and New Balance since launching his label in 2011. The NBA collab, however, is the first of its kind for his eponymous label.

You can shop the Courtside Collection now at ToddSnyder.com and all of the brand’s retail locations.