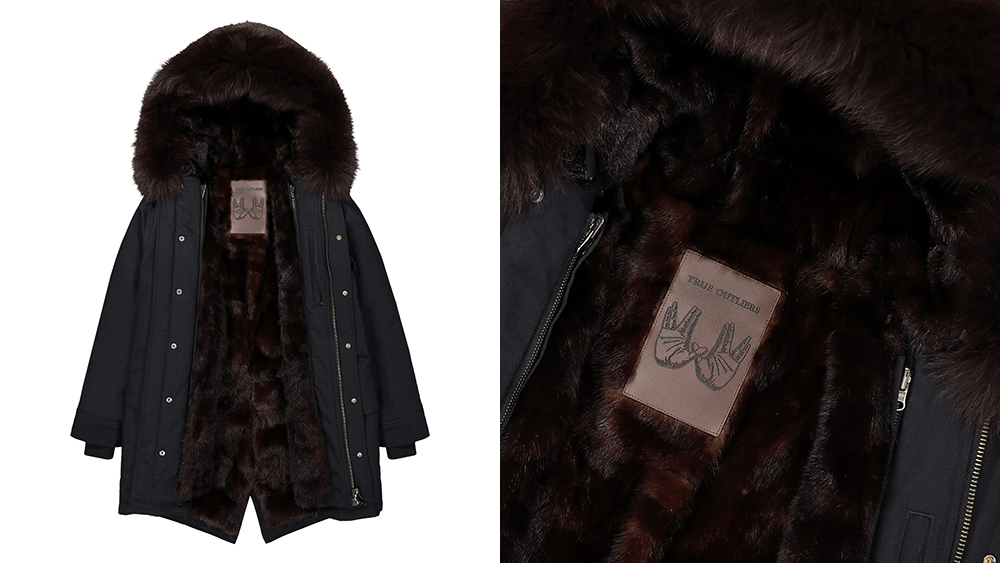 Fashion enthusiasts tend to obsess over a specific item or category. Some guys like denim, others collect rare sneakers, and another camp devotes itself to graphic t-shirts and concert hoodies.

For True Outliers founder Moses Mandelbaum, that fascination always belonged to outerwear. “I have over 50 personally,” he told Robb Report. Eventually, this obsession led Mandelbaum to create a coat of his own, stitching together something worthy of hanging alongside the dozens in his closet already. And even though it only launched earlier this year, the Canadian brand quickly attracted A-list fans like Jamie Foxx, Michael B. Jordan and Jennifer Garner.

And that might be because Mandelbaum spent three winters creating over thirty prototypes before he arrived at his debut product. “There were beautiful parkas with no warmth and ugly ones that would keep [you] too warm,” he said. “I realized I had to marry the two and create a beautiful, warm parka.” The final product features a Teflon-treated cotton outer shell that contains 650 power fill down. It also features a luxurious liner made from ethically sourced mink fur. Early testing in some of the East Coast’s initial winter storms reveals it to be a reliably warm parka that you can wear in a variety of cold weather. (True Outliers tested the coat in temperatures as low as 40 degrees Celsius to be sure it could stand up to winter’s worst.)

What’s perhaps most remarkable is that initial versions of the parka started with entirely synthetic materials, before Mandlebaum learned how unsustainable those materials can be in the long term. He switched his approach when he realized that faux fur costs a lot to make, environmentally speaking, from the quantity of water that goes into its production and the fact that it doesn’t decompose.

“Faux fur wasn’t as warm and was really bad for the environment,” he said. “We moved to rabbit, then fox, then beaver, until we ultimately decided on ethically sourced mink. It doesn’t shed the way every other fur sheds, and it’s also far more luxurious.”

Along the way, Mandelbaum refined countless fine details about the jacket. The liner goes all the way down to the bottom of the fishtail hem to provide full warmth. The armpit vents feature zippers, not grommets, so you can control how much or how little air to let out. Even the generosity of the hood makes a bold statement and provides a lot of cozy warmth. Nothing about this coat is taken for granted, which results in an immensely warm and stylish coat you can wear for a long time.

Mandelbaum says he’s working on a number of products for next winter including vests, bomber jackets, accessories, hats and even mink blankets. Each one of these new ideas will fall under the same high level of scrutiny that produced the debut parka. As corny as it may seem, True Outliers does indeed live up to its namesake, falling outside of the lines of the conventional design process. What a treat it is to see this cliche come true.