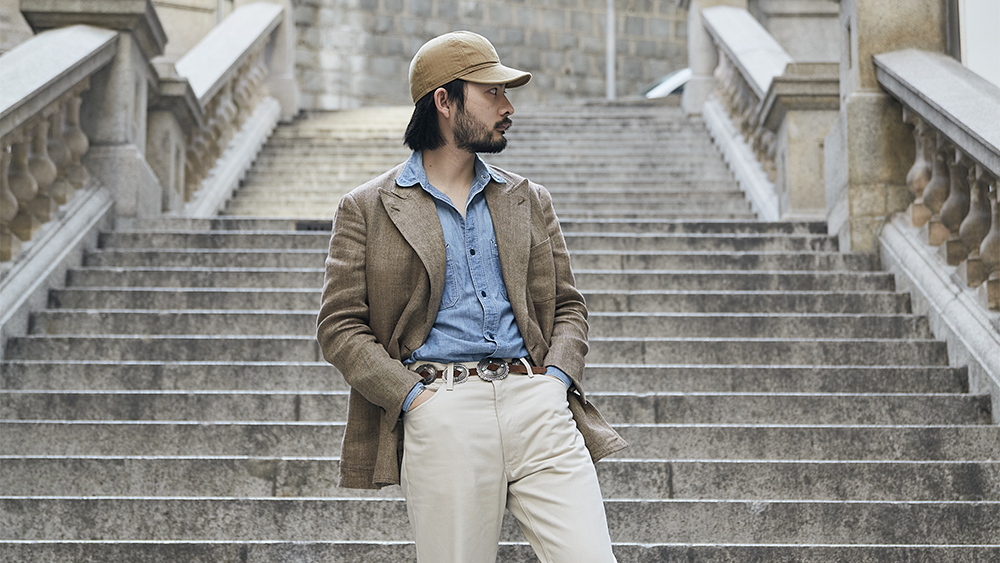 Wade deep enough into the tailoring weeds and you’re bound to face the question “darted or undarted?” The “darts” in question are an omnipresent yet easy-to-miss feature included on most modern sport coats and suit jackets: a thin line on either side that runs from chest to hip indicating where fabric has been removed to suppress the waist and add shape.

Historically, the choice to add darts or leave a jacket undarted has broken down along familiar lines. British and European tailors added darts to help achieve a masculine hourglass shape, while American makers like Brooks Brothers and J. Press left their wares dartless for a fuller fit that gave rise to the term “sack suit.”

Today, things aren’t so black-and-white. Modern American haberdasher Sid Mashburn carries a mix of darted and undarted jackets. (The latter model is dubbed the “Virgil,” after the character portrayed by Ivy style icon Sidney Poitier in 1967’s In the Heat of the Night.) And while these modern sack jacket descendants may be dartless, they aren’t without definition.

Traditional undarted jackets, Mashburn says, “can feel a bit shapeless and a little sacky.” There’s a fine line between unstructured and unflattering. As a solution, the Virgil jacket has more shaping at its side seams, and more curve at the lower half of its front. (“Easier said than done,” he adds.)

As for what jackets are chosen to be Virgils, Mashburn says it’s often a question of the material. “We usually choose and buy fabrics based on the beauty and appeal of the overall pattern— whether it’s houndstooth, Prince of Wales, tartans, et cetera—and generally think they are more attractive when you see the full, uninterrupted pattern,” Mashburn says. “Not having a dart keeps the front clean and also feels a bit more modern.”

The Armoury’s “Model 16” double-breasted jacket in lightweight alpaca ($1,650).  The Armoury

The Armoury, meanwhile, now offers four undarted models that complicate the old shaped vs. sack dynamic with a diversity of reference points. Its Model 11 is Ivy-inspired with narrow lapels and machine-stitched edges, but its Model 12 and newly introduced Model 16 borrow from 1930s tailoring with triple patch pockets and ventless backs. And the Model 15, another new addition, takes after the traditionally undarted Florentine style of jacket made famous by Liverano & Liverano with broader shoulders and a slightly shorter length.

It’s a wide range that complements the many reasons a client may want to go dartless. “Not every silhouette a man might wear needs to be so waisted or shapely,” says Armoury co-founder Mark Cho. “A fuller, less waisted silhouette can present in many different ways. It can make a man’s figure seem more stout and barrel-like when used in conjunction with heavier fabrics. With lighter fabrics or a fuller fit overall, it also confers a very compelling look of casual ease.”

The Armoury’s undarted options prove the style can be dressed up or down.  The Armoury

Cho believes that the style works best when one leans into its loose, laid-back sensibility. “I probably wouldn’t wear it with very slim trousers,” he says. “They lend themselves well to a casual tailoring style, so I would be happy to wear them with polo shirts, T-shirts, jeans, sneakers and so on.”

Aside from those practical and aesthetic differences, there’s also a subtler perk: Wearing a dartless jacket amid a sea of darts can simply set the wearer apart. “The undarted jacket, for us, is a blend of practicality, style and an unassuming, quietly special detail that draws you in, even if you can’t put your finger on it,” Mashburn says. “That’s a hallmark of great style.”