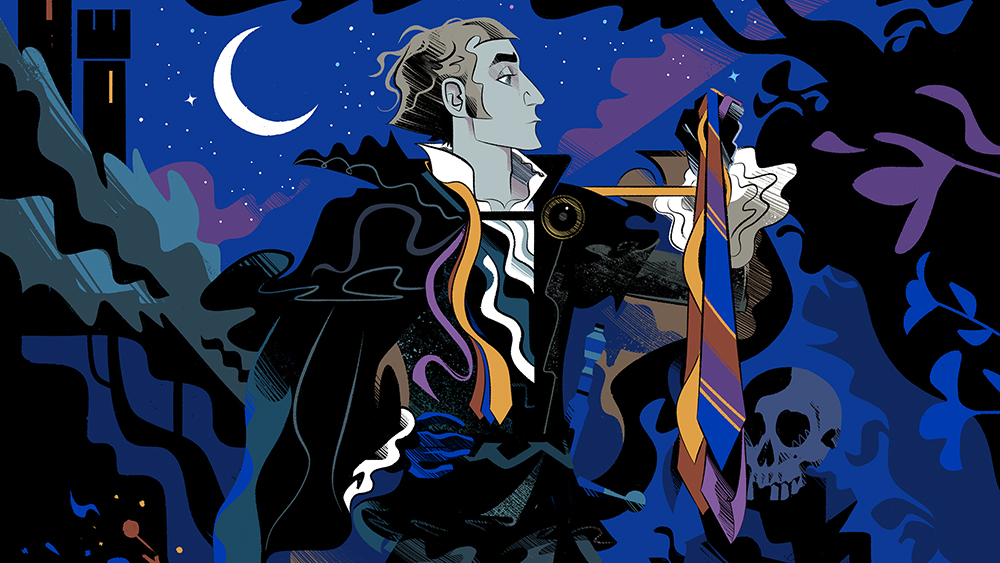 Yet again, rumors of the suit’s demise have proved to be greatly exaggerated. If anything, the two-piece is enjoying a rebound; it’s the uniform’s traditional accoutrement, the tie, that’s no longer as ubiquitous as it once was. Firms such as Goldman Sachs and JP Morgan Chase, bastions of the suited-and-booted dress code, did away with neckwear requirements even before the pandemic’s onset, and at the most recent Group of Seven summit, all of the allied world leaders went tieless—a first in the forum’s nearly 50 years. Benjamin Vago, a commercial-real-estate broker in New York City, wore a tie to the office four times a week pre-pandemic—now he sports one only for certain client-facing meetings. “Lately, a tie feels like overkill,” he says, while admitting that he misses it as part of his daily uniform. Which raises the question: How, and when, should one wear a tie in a post-tie society?

“Right now, it’s more of an accessory—something you want to wear,” says designer Denis Frison, formerly a serial tie-wearer who now only dons them when the mood strikes. When it does, Frison favors casual knit models, while he reports that clients are increasingly requesting neckwear made from the same fabrics as their bespoke commissions. Agyesh Madan, whose brand Stòffa is best known for relaxed shirt jackets, still holds the tie in esteem. He compares it to another vestigial accessory: the watch. “You’re not necessarily expected to wear a watch,” he says. “But you’re wearing it because it’s something beautiful.”

P. Johnson founder Patrick Johnson is a defender of the tie’s traditional purpose—“to fill the void between the lapels and harmonize all the elements of a suit,” he explains—though he doesn’t entirely discount going tieless. “Sometimes the suit falls apart without the tie, sometimes it doesn’t,” he says. “It’s simply a question of the desired attitude of the outfit.” Should you opt to wear a suit and dress shirt sans tie, Johnson advises that the look is strongest when both are in solid colors.

But forgoing a tie leaves the issue of what to do with what Junior’s founder Glenn Au calls the “neck gap.” While Au’s neo-trad business continues to sell conventional neckwear—which he says are increasingly purchased for specific events—he has also begun to stock cotton-cashmere-blend handkerchiefs that are easily deployed around the neck as a snappy finishing touch. “A neckerchief is one of the most subtle and stylish things a man can [wear] these days, in a world that seems to be dressing in the opposite direction,” he says.

In that context, traditional neckwear might even be considered… rebellious. “Today I see a lot of artists, creatives, downtown-cool kids wearing ties,” says Chase Winfrey, editorial director for J. Mueser. “In the way that a hoodie became shorthand for the tech industry, the open-collar shirt with a suit became part of the bland Midtown uniform. Want to not look like a banker? Put on a tie!”

This Florentine maker’s ties are a visual feast, made from English or Italian silk and printed with scores of exclusive designs. The charm extends to its textured solids—grenadines, slubby shantungs and crisp knits.

The house range comes from a family-owned workshop in Naples, which sources printed silks from the Lake Como area. “They’re a perfect complement to Neapolitan tailoring—lightly lined, hand-rolled and untipped,” says Winfrey.

This tightly edited selection of UK-made neckwear hits all the classic notes: regimental stripes, foulards and ancient madders. But you can take things in a more casual direction with its striped or diamond-knotted knits.

While it is now possible to wear Drake’s head to toe, for decades the British label was known primarily for its ties. Its abstract prints, wide-stripe repps and crunchy silk knits are perfect for the present, expressive moment.