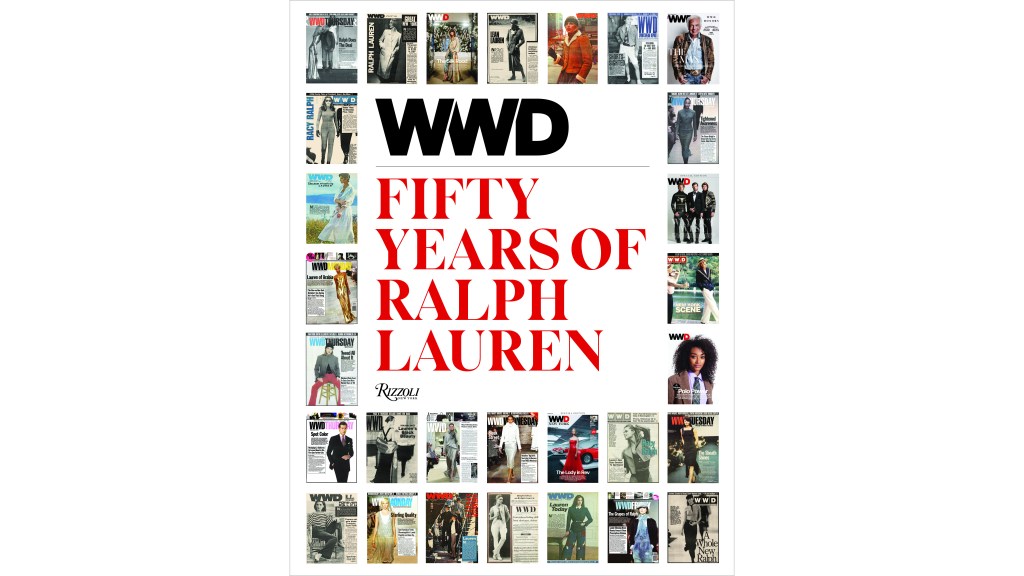 Women’s Wear Daily, owned by Robb Report’s parent company Penske Media, has unveiled a new tome by Rizzoli today, Fifty Years of Ralph Lauren, celebrating the designer’s career through the lens of WWD reporting. From the debut of his career as a 24-year-old necktie salesman for Rivitz neckwear in 1964 (where he was profiled by WWD’s menswear publication DNR) to his undisputed rise to icon status, the book covers Mr. Lauren’s five decade-long career that ultimately cemented his name for eternity as synonymous with American style around the globe.

“Some people keep diaries of their daily lives,” says Ralph Lauren in a personal note at the end of the book. “I never had to because DNR and WWD have been looking over my shoulder since 1964—three years before I even started Polo.” You might be surprised to learn that Ralph Lauren started his multibillion dollar business ($7.2 billion according to Forbes) in 1967 with ties instead of his iconic polo shirts. Or that the embroidered Polo logo was introduced alongside his first women’s collection in 1971. Or that even in 1986, the Ralph Lauren townhouse flagship in New York City cost $14 million.

These are just a few tidbits from the information the book divulges about his storied career. It also includes shots of Ralph and wife Ricky Lauren attending the premiere of the Great Gatsby starring Robert Redford and Faye Dunaway, for which he designed the costumes, and party shots of Ralph Lauren in his heyday at the tony society opening of menswear store Wilkes Bashford in San Francisco in 1982—all taken from WWD’s immense archives. Plenty of retro style inspiration should also prove exciting for those on the hunt for vintage Ralph Lauren.

And if Ralph Lauren’s closing letter is any indication, the designer shows no sign of slowing down. “Looking through the pages of this book is like looking through the most beautiful album of not only my work, but also my life,” says Lauren. “I will cherish it and look forward to many more pages we will fill together in the years to come.”