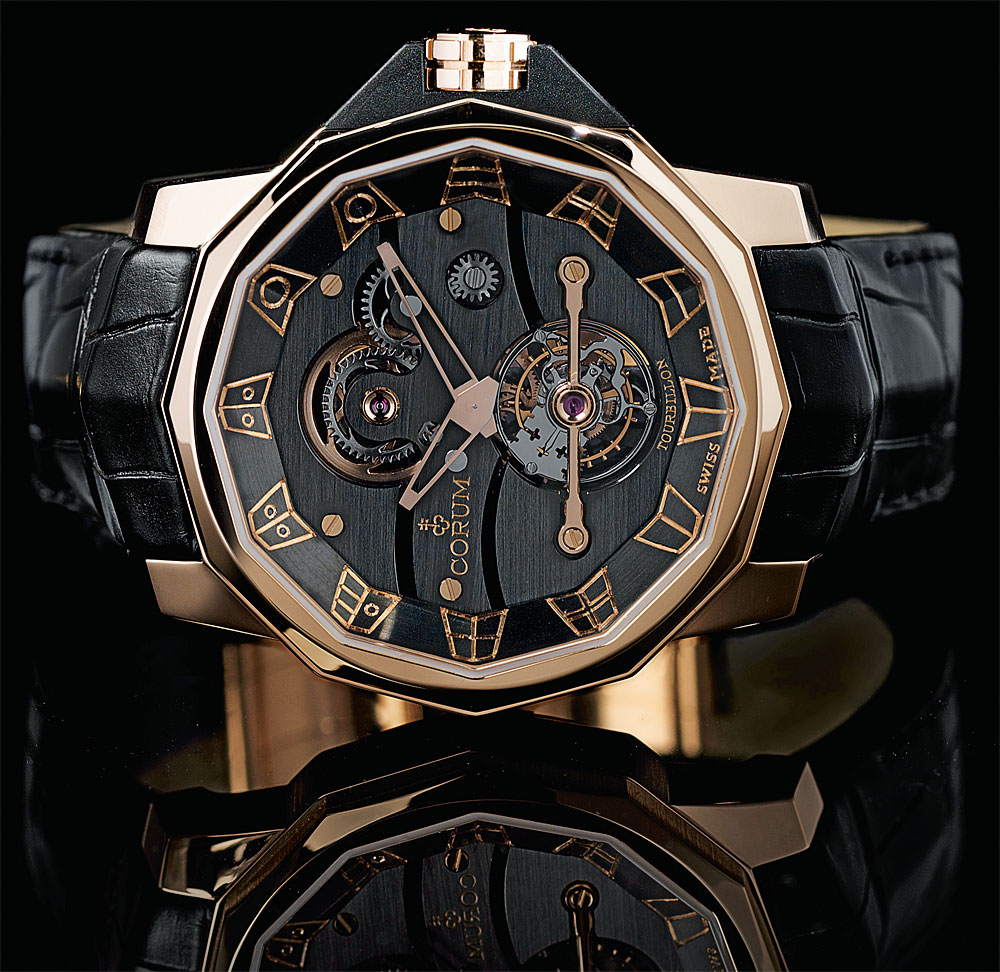 Two years ago Corum updated its 48-year-old Admiral’s Cup collection, which is dedicated to sailing. This year, the brand further invigorated the series with the Admiral’s Cup Tourbillon 48, an elegant watch better suited for lounging on the deck of a yacht than for manning a racing sloop. Corum preserves the model’s signature lines in red-gold and black-gold designs. Openings cut into the plate offer a glimpse of the gear trains and other components of the single-barrel CO-?372 movement, which features a 90-hour power reserve. The company’s watchmakers bevel and file the movement’s parts and coat them with black PVD. They also engrave the timepiece’s surface with the striped Côtes de Genève pattern. Even the model’s nautical-pennant motif corresponds to the numbers 1 through 12 in the maritime International Code of Signals. Corum will make 55 of the $170,000 tourbillons.