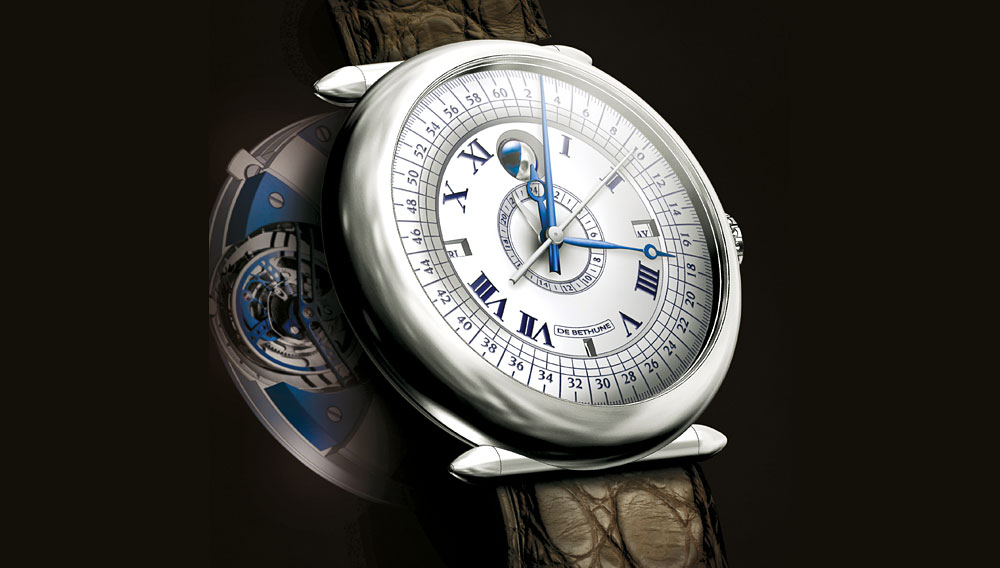 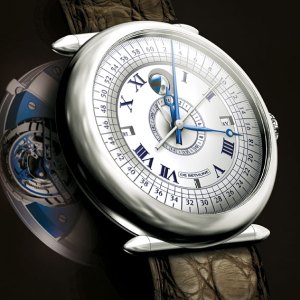 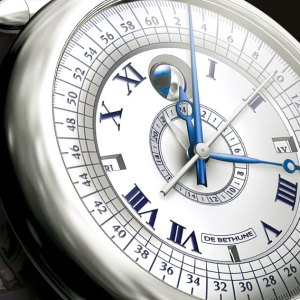 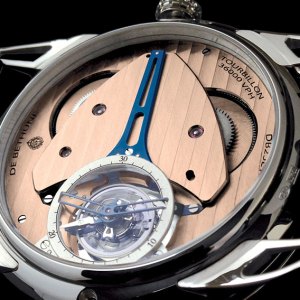 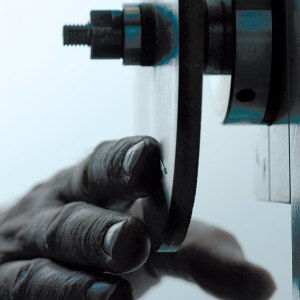 Travel to Switzerland via private jet, with accommodations at the Hotel President Wilson in Geneva.

An excursion by helicopter from Geneva to the watchmaker’s manufacturing facility in La Chaux l’Auberson to take delivery of the timepiece.

™Since establishing the De Bethune brand 11 years ago, David Zanetta and Denis Flageollet have defied convention in their quest to attain their lofty performance goals. One of the brand’s first efforts—a perpetual calendar with a rotating, three-dimensional moon-phase display and a silicon-and-titanium cage that beats at 5Hz and rotates every 30 seconds—is one of the lightest and fastest tourbillons ever made.

Other innovations have also helped De Bethune establish itself among watchmaking’s most elite brands: The house’s most notable advances include a balance wheel with a smooth silicon disc ringed in lightweight, low-friction white gold or platinum, and a timepiece with the chronograph’s hands for hours, minutes, and seconds mounted on the same axis as those for the time display. These feats of ingenuity, however, are not merely for show. “We don’t make watches simply to make them complicated,” says Zanetta. “We make watches so that every part is constructed in the best possible way, regardless of how much it costs.”

For this gift, De Bethune will create for one Robb Report reader the most complicated watch that it has ever produced—a one-of-a-kind design featuring a tourbillon, a chronograph, and a perpetual calendar. According to Flageollet, the company’s technical director, executing this unorthodox combination of complications in a single watch will not be an easy task.

The configuration of De Bethune’s chronograph demands that the perpetual-calendar display be driven from the central axis. The implementation of so many concentric operations in a single complication, Flageollet notes, has likely never been attempted. For this watch, De Bethune’s development team must also work around the space requirements of both the tourbillon and the mechanisms necessary to operate and set the watch. “The mechanics are one thing,” says Flageollet, “but a comprehensive display, placement of the crown, buttons, and correctors are the real test.”

For Flageollet, Zanetta, and the rest of the De Bethune team, the opportunity to complete a remarkable timepiece with an ultraprecise regulator and a technically audacious display concept will surely be worth the tremendous effort the year-long project will demand. The recipient of this gift will be in a unique position to appreciate these labors: Once this groundbreaking timepiece is finished, he or she will have the chance to explore firsthand the many daunting challenges the watchmaker addressed in taking this concept from drawing board to smoothly functioning machine.

The recipient will travel via private jet to Geneva, where he or she will stay in the Royal Penthouse Suite at the Hotel President Wilson; the following day, he or she will travel by helicopter to De Bethune’s watchmaking facility in La Chaux l’Auberson, located in Switzerland’s Jura Mountains, where the watchmaking team will conduct a tour and, over lunch on the mountaintop, discuss the design and building process of this exceptional timepiece. After taking delivery of the watch, the recipient will fly by helicopter to Burgundy, where accommodations will be provided at the historic Château de Vault de Lugny, a 13th-century castle. During this stay, the recipient will undertake a gastronomic voyage at the Michelin three-star Relais Bernard Loiseau and tour Château de Pommard at a leisurely pace—tracked, of course, by one of the most complicated timepieces ever rendered.