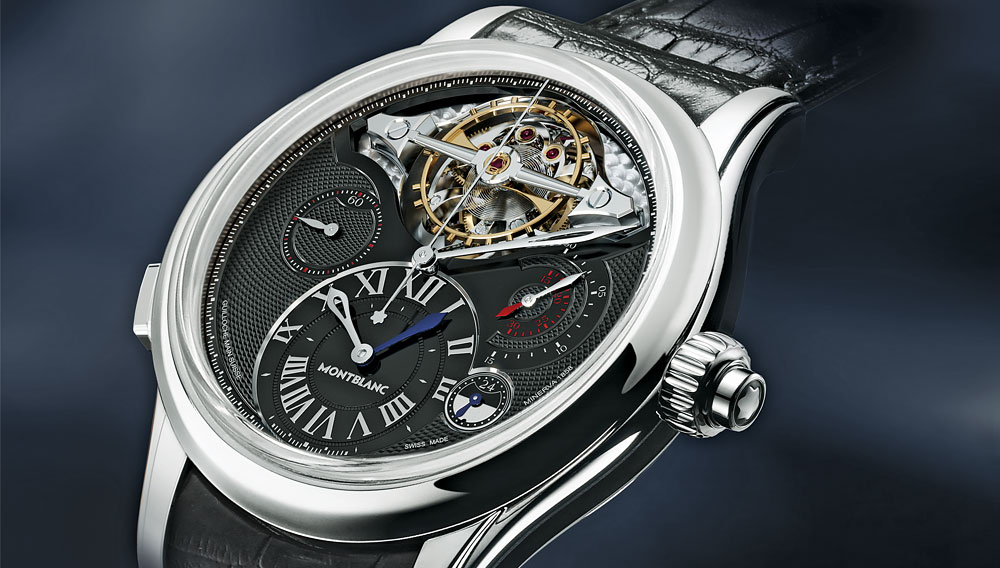 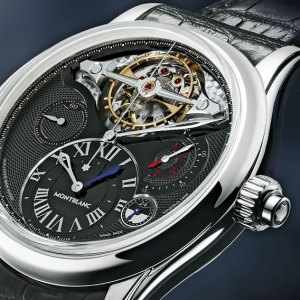 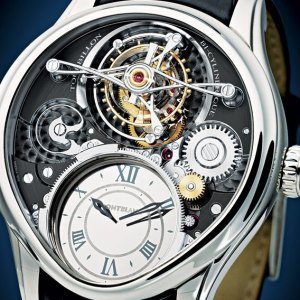 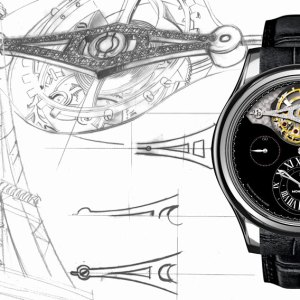 Two visits via private jet to the Institut Minerva, in the Swiss town of Villeret: first to consult with a Montblanc specialist and begin the design process, and then to witness the timepieces’ final adjustments and activation.

A helicopter flight to the summit of Mont Blanc to accept the timepieces.

Figuratively and literally, this gift promises to be a high point in the collecting career of the watch enthusiast who receives it. The recipient will fly by helicopter to the nearly 16,000-foot summit of France’s Mont Blanc to accept two customized complicated timepieces from the mountain’s namesake luxury brand.

Montblanc, the German pen-and-watch manufacturer, expanded into haute horlogerie six years ago, when it assumed the management of Minerva, a chronograph specialist founded in 1858 in the town of Villeret in Switzerland’s Jura valley. In 2006, the Richemont Group, the luxury conglomerate that owns Montblanc, had acquired Minerva. Under the direction of Montblanc and master watchmaker Dimitri Cabbidu, Minerva established the Institut Minerva de Recherche en Haute Horlogerie, a small but highly flexible department that has become known for its creative complications.

The recipient of this gift will have the opportunity to customize two of the distinctive large-scale tourbillons that the Institut Minerva has developed in recent years: the Exotourbillon Chronographe, which was introduced in 2010, and the Tourbillon Bi-Cylindrique, which debuted last year. Both watches belong to Montblanc’s Villeret 1858 Collection, and both embody the Institut Min­erva’s philosophy of combining original and unusual designs with traditional watchmaking concepts.

The Exotourbillon Chronographe combines two traditional complications: a tourbillon and a chronograph. However, it features a balance wheel that is larger than the tourbillon’s rotating cage and positioned outside of it. The timepiece also features the beautiful hand-wound chronograph mechanisms for which Minerva watches are prized.

Similarly, the Tourbillon Bi-?Cylindrique incorporates a novel design concept rooted in tradition: a tourbillon suspended by two cylindrical balance springs. Because of their precision, these springs were originally employed in 19th-century marine chronometers. The Institut Minerva is one of the few facilities capable of producing such springs.

Montblanc can use a variety of decorative techniques to customize these pieces to the gift recipient’s specifications: Dials can be crafted with an image of the recipient’s choosing—though it cannot be political, religious, or offensive—in either enamel or wood marquetry; a lapidary artist can create dials from a variety of exotic minerals including meteorite and fossil matter; cases, dials, and movement plates can be engraved or set with diamonds and other precious stones. Also, the Institut Minerva’s watchmakers can customize the watch movements to a degree, but as with the stone setting, the extent of customization may affect the price of the gift.

The customization process will begin with the gift recipient flying by private jet to meet with a Montblanc design specialist at the Institut Minerva. The recipient will return—by private jet again—in a year or two to watch the timepiece come to life with the final adjustments of the watches’ balance wheels. Back at home, prior to the watches’ completion, the gift recipient will be able to watch the construction process live on a special Internet site set up by Montblanc. The helicopter flight to the mountain’s summit will depart from the Swiss town of Neuchâtel, where the recipient can stay at the Hotel Palafitte.

This gift is available to only one Robb Report reader. The price of the gift may rise, depending on customization of the watch movements and the gemstones used to decorate the timepieces. Delivery of the timepieces will take place 12 to 24 months from the initial consultation.