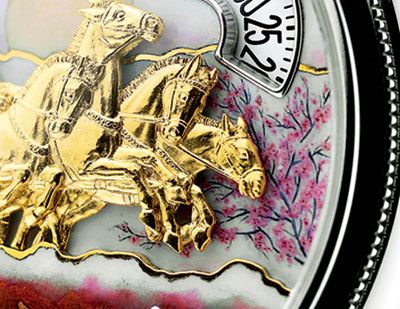 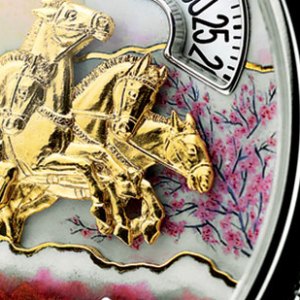 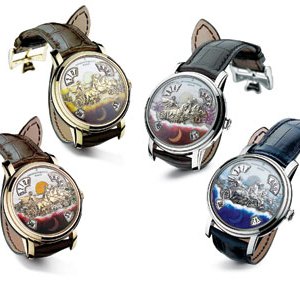 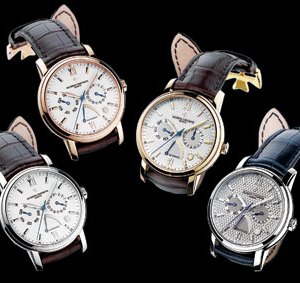 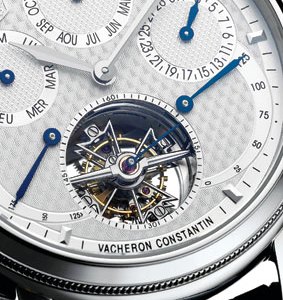 The celestial display on Vacheron Constantin’s Tour D’Ile wristwatch is a particularly personal touch added by its creator, Bernhard Guillaume-Gentil, the company’s most experienced watchmaker. Guillaume-Gentil has long had a passion for astronomy as well as astronomic complications, some of the most sophisticated and rarest watch mechanisms. Yet despite the care lavished upon this display, which tracks the passage of the night sky over Geneva, it likely will be overlooked, for it is only one of many remarkable features in what is the most complicated wristwatch ever made.

Tour D’Ile is the crowning piece in Vacheron Constantin’s 250th Anniversary collection, a limited series of horological masterworks demonstrating that the world’s oldest continuously operating watch company is only improving with time. “Our watches are known for complication, outstanding finish, and especially design,” notes Claude-Daniel Proellochs, who has guided Vacheron Constantin as CEO since 1988. “We knew we had to come up with something extraordinary in all three areas for the occasion.” Through the efforts of Guillaume-Gentil and other master craftspeople, Vacheron Constantin has created perhaps the most impressive collection of watches that any company ever has produced in a single year. Vacheron Constantin is offering a Robb Report reader the opportunity to acquire each of the seven watches (three individual pieces and a set of four), which have been crafted with special lugs and detailing that, the company assures, will not be used for any of its future watches.

Throughout its history, Vacheron Constantin’s designs, always elegant and occasionally unorthodox, have reflected the company’s traditionalist nature. This also is true of the Anniversary collection. The watch cases display proportions and delicate curves indicative of the French influence that always has affected the company’s designs. At the same time, the Geneva watchmaking tradition is evident in the exacting hand finish on movement components.

The Métiers D’Art watches in the Anniversary collection represent the company’s unusual marriage of styles. Here, the most traditional Geneva craft, miniature enamel painting, combines with an unorthodox revolving time and date display. It is a deft touch indicating that Vacheron Constantin’s watchmaking remains fresh, even after a quarter millennium.

The Tour D’Ile is a double-sided, 16-complication wristwatch that is regarded as the most complicated in the world. With 834 parts, the Tour D’Ile has all the traditional complications: tourbillon, minute repeater, and perpetual calendar, as well as astronomic functions such as a sidereal display located on the back dial. The initial piece in this series of seven watches sold for more than $1.5 million at an auction last spring.

The Saint-Gervais watch is a tourbillon/perpetual calendar with a record 250-plus hours of power reserve. Arranging the four spring barrels in the well-proportioned 44 mm case was a remarkable engineering feat. Vacheron Constantin will construct only 55 of these watches.

In addition to the watches, the gift includes a trip for two via private jet to Vacheron Constantin headquarters in Geneva. The five-night excursion will include a tour of the company’s new watchmaking facilities and a sampling of some of Switzerland’s finest dining and accommodations.