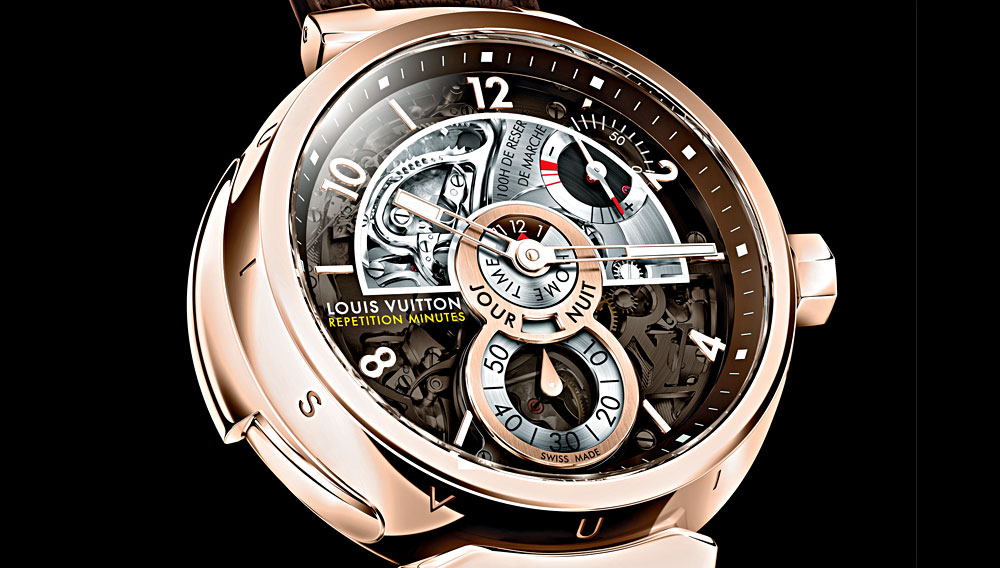 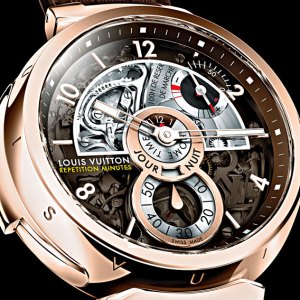 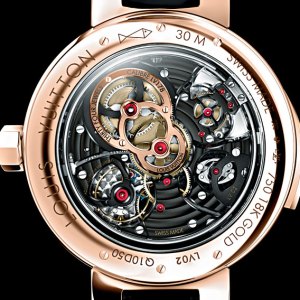 Since its earliest days making trunks for Europe’s itinerant aristocracy, Louis Vuitton has been closely associated in the minds of discriminating consumers with both the pleasures of travel and the art of bespoke design. Although the firm has only recently established itself as an independent and original watchmaker, to its credit, its horological creations reflect both these aspects of the brand’s heritage. The first Louis Vuitton Tambour Tourbillon, unveiled in 2003, featured bridges and surfaces that could be decorated according to its owner’s preference, for instance, and the house’s subsequent models have consistently featured such travel-friendly functions as time-zone indications. This year, however, the company takes these traditions to a new level by offering a single Robb Report reader the opportunity to customize his or her own version of the just-introduced Tambour Minute Repeater, a timepiece that will easily rank as the most desirable, one-of-a-kind travel watch in the world.

Louis Vuitton’s Tambour Minute Repeater belongs to the acoustic, or chiming, class of watches, which many experts consider to be not only the most aesthetically pleasing type of complicated timepiece but also one of the rarest. The company’s foray into this horological arena was assisted by a collaborative partnership with La Fabrique du Temps, a respected, Geneva-based watchmaking specialist that was wholly acquired by Louis Vuitton earlier this year. Though introduced by Fabrique du Temps only in the last few years, these minute-repeater movements have already garnered attention from experienced collectors, who note the strength and regularity of their strike mechanism and the clarity of their chimes.

The movement engineered for the Tambour Minute Repeater, however, contains a variation that has never before been applied to acoustic watches: The strike mechanism is directly integrated into a second time-zone indication. Like many travel-oriented timepieces, Tambour displays the local time on the primary hands, and a second, “home” time on a central display with a day/night indication; but the watch’s distinctive design also enables its wearer to register the home time with the minute-repeater mechanism—a charming way for the traveler to hear the time back home.

Yet the recipient of this gift will have the opportunity to make his or her version of this timepiece even more special. The recipient and a guest will enjoy a private tour of the company’s watch workshops in Switzerland before meeting with Benoit-Louis Vuitton—a member of the firm’s founding family and head of the special orders for the high-watchmaking division—who will consult with the recipient to personalize the timepiece with the assistance of the company’s master jewelers and engravers. After selecting the color of gold for the case, the recipient will decide which surface, if any, to set with white or black diamonds. In addition, the dial, crown, horns, flange, and bracelet can be custom set using up to two different types of stones. The available options include white and black diamonds; blue, pink, and yellow sapphires; rubies; and emeralds. The main bridge of the movement, visible through the openwork dial, can also be decorated with diamond pavé or engraved with initials. If the recipient favors a strap over a bracelet, a range of materials—such as leather, alligator, stingray, carbon fiber, dogfish, and snakeskin—are available in a variety of colors.

The gift is available to one buyer, and does not include airfare. Delivery of the timepiece will take place approximately 12 months from initial consultation. The total cost of this gift may vary, depending on which customization options the recipient chooses. The selection of fewer diamond or precious-gem treatments than those described, for example, may result in a difference in price.