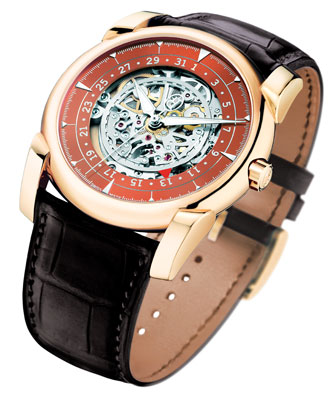 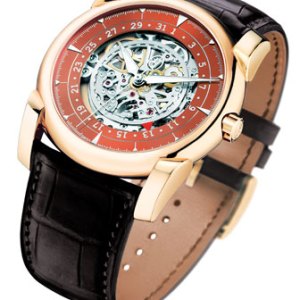 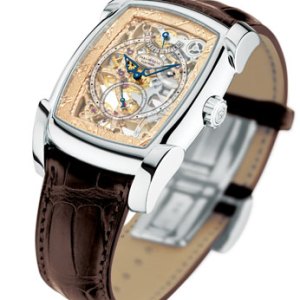 Michel Parmigiani has been making watches for his eponymous Swiss brand for 30 years, but some of his most exquisite timepieces do not appear in his company catalog. He estimates that over the past 10 years, he has created, on commission, 23 custom Tecnica watches. “I have no favorite,” Parmigiani, speaking in French, says of his Tecnicas. “They are like children.” (Parmigiani’s daughter Anne-Laure, the eldest of his three children, serves as his interpreter during a phone interview.) “I love each for their different characteristics. Some Tecnicas have special colors of enamel, or special engravings. Every time [I make one] it’s another challenge, and every one is something special.”

Parmigiani will accept another, more daunting challenge: For a Robb Report reader, he will create his first skeleton Tecnica. “[Skeleton watches] are always very difficult pieces to do because of their technical complications,” he says. “When there are more complications, there is more need to solve problems.” Building a Tecnica usually requires seven or eight months; a skeleton Tecnica would take even longer to make. “I would need four to five months more because I would need to research how to fit [the parts],” explains the 56-year-old Parmigiani. “I’d need to learn what is possible to do and what is impossible to do. I can’t take a file and just cut. It would cost more, but I can’t say [how much more] because I haven’t done the research.” However, he says that if the skeleton Tecnica were to include a chronograph, a perpetual calendar, a tourbillon, and a minute repeater, it would have a starting price of about $750,000.

To mark his 30th anniversary as an independent watchmaker, Parmigiani has released two skeleton timepieces—the Kalpa XL Tourbillon 30 Seconds Chiaroscuro and the Kalpa XL Hebdomadaire Squelette—both of which are included in this gift. Also included is the Kalpa Tonda Squelette, a skeleton iteration of the Tonda, a new, round-case model.

These are the first skeleton watches that Parmigiani has produced in almost three decades; he made several within a year of establishing his company in 1975. He decided to revisit the form now in recognition of the anniversary. “I am completely free to express myself,” he says. “I do what I want to do.”

The skeleton Tecnica will require at least 18 months to complete.