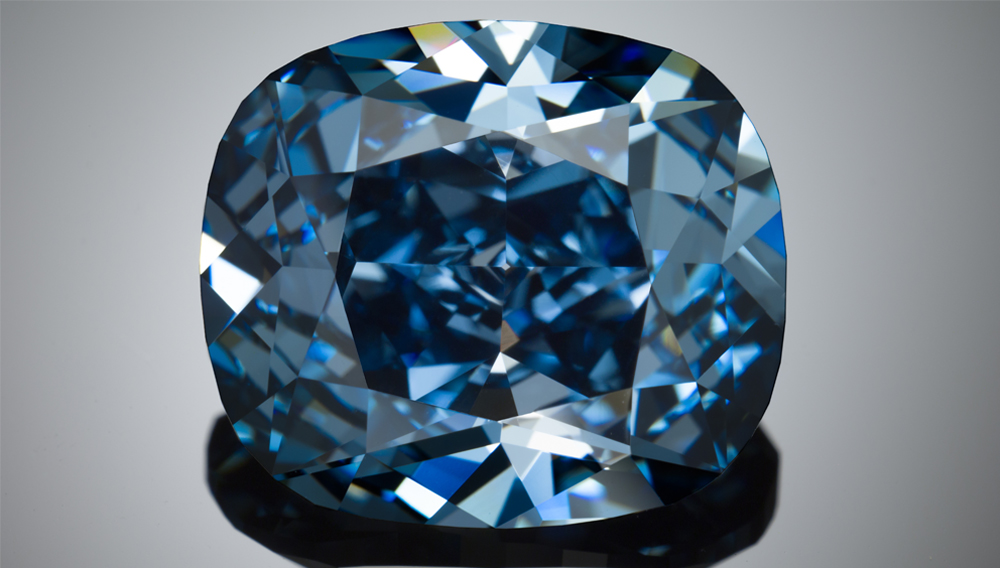 One of the world’s rarest gems, the Blue Moon Diamond, will be on exhibit at the Natural History Museum of Los Angeles County from September 13 through January 6, 2015. The rough stone was originally sourced from the famous Cullinan mine in northeastern South Africa in January of this year. It was purchased by Cora International, a New York City manufacturer of diamond jewelry and a diamond supplier, for $26 million. Over the years, the Cullinan mine has produced numerous notable gems, including the largest-ever rough gem-quality diamond, which was discovered in 1905 and became part the British crown jewels.

Cora has cut the Blue Moon Diamond—whose color is officially known as fancy vivid blue—into a 12-carat cushion-cut gem that is categorized as internally flawless. The Blue Moon’s distinctive deep-blue shade is created by the presence of a very small percentage of boron within its carbon structure. Fancy colors represent a small percentage of all natural diamonds, with blue diamonds an even smaller subset. The sheer size of this example further contributes to its rarity. (Natural History Museum of Los Angeles County, 213.763.3466, www.nhm.org)