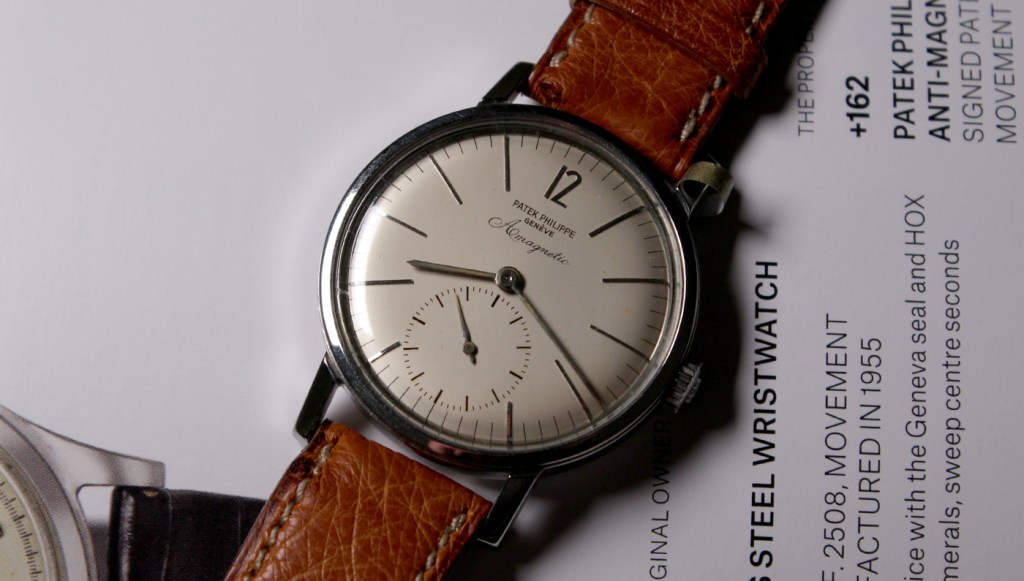 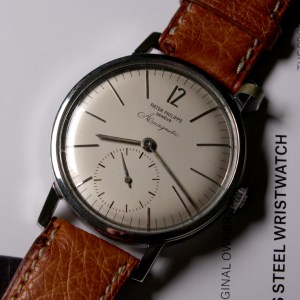 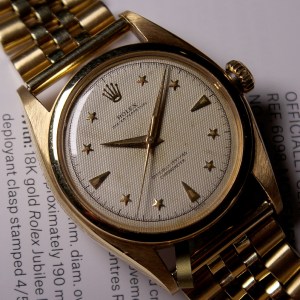 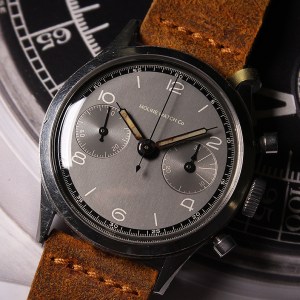 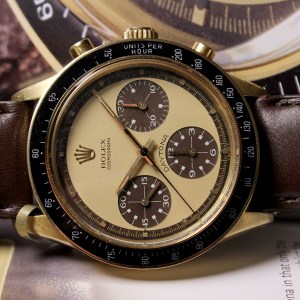 This past week, Christie’s packed its New York showroom with a healthy percentage of the vintage watch lots heading for sale on May 15 at the Rare Watches and a Rolex Afternoon auction in Geneva. You may remember a couple of our selections from the end of last month, when we brought you insights from Christie’s as well as Phillips, Bonhams, and Sothebys. However, this time around, we went hands-on at the preview and examined more than a dozen lots before settling on the three pieces seen below. They may not all be instantly familiar, but they are all as charming in person as they are rare and collectible on paper.

First launched in 1958, the Ref. 3417 was Patek Philippe’s first anti-magnetic wristwatch, and this ultra-clean example comes from early in the production run. Its extract from the archives dates it to 1959, which is also confirmed by the elegant “Amagnetic” script across its dial—a feature that disappeared in the early ’60s through until the model’s discontinuation in circa 1968. The 35 mm, manually wound piece is also one of very few Patek Philippe watches that were available exclusively in stainless steel, further adding to its rarity and desirability. (christies.com)

There are a healthy number of peculiar dials surfacing from the Rolex archives of late, including this quirky Oyster Perpetual Ref. 6098 expected to fetch between $80,000 and $120,000 on Monday. Finding a well-preserved star dial can be tricky, but according to Christie’s watch specialist Brandon Frazin, finding a honeycomb star dial such as this—where the lume plots are in the center of each star—is even more of a challenge. This 1953 example comes on a well-matched and period-correct jubilee bracelet with straight end links, and though so much attention is centered around the Rolex Daytona this year, we’re curious to see how other collectible Rolex’s fare by the end of the auction on Monday. (christies.com)

This obscure 37 mm chronograph is a testament to Aurel Bacs’s observation in our recent interview that the value placed on the condition of vintage watches is starting to match and surpass brand notoriety. Moline Watch Co. is by no means well known and long ago vanished into the ether, however this is a very well-kept, well-sized chronograph worthy of acquisition of any budding collector. Carrying an estimate of roughly $3,000 to $4,000, this is the kind of piece you can buy and wear daily without worry, and at the current rate the collector scene is moving, it’ll do nothing but increase in value over time. (christies.com)