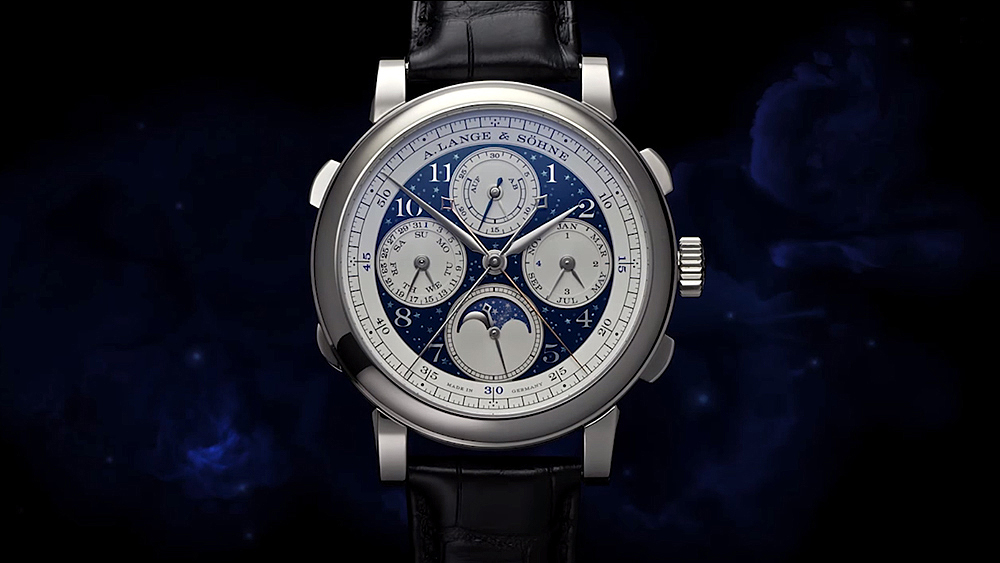 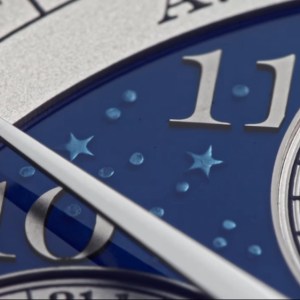 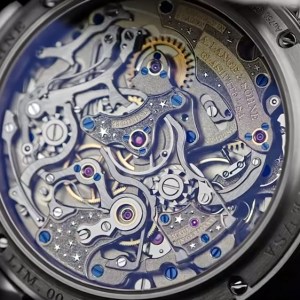 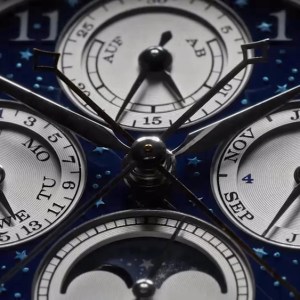 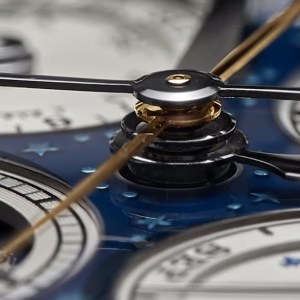 The 1815 Perpetual Calendar from A. Lange & Söhne has been favored amongst collectors for some time, and after 4 years on the market, the brand has unveiled a new limited-edition that leverages the impeccable skills of its artisans. The new Handwerkskunst—German for craftsmanship—features a rich blue enameled dial fired over a layer of relief-engraved white gold, expanding the starred pattern of its moon-phase subdial across the balance of its surface.

One of six models from the brand of similar ilk, the fine detailing does not stop at its dial. A hinged cover plate (or cuvette) portrays the goddess Luna—the ancient mythological personification of the moon—in an engraving surrounded by a ring of cloud-and-star-patterned blue enamel. Last, the hand-wound caliber L101.1 features German-silver bridges finished in a granular texture with additional engraved star details. 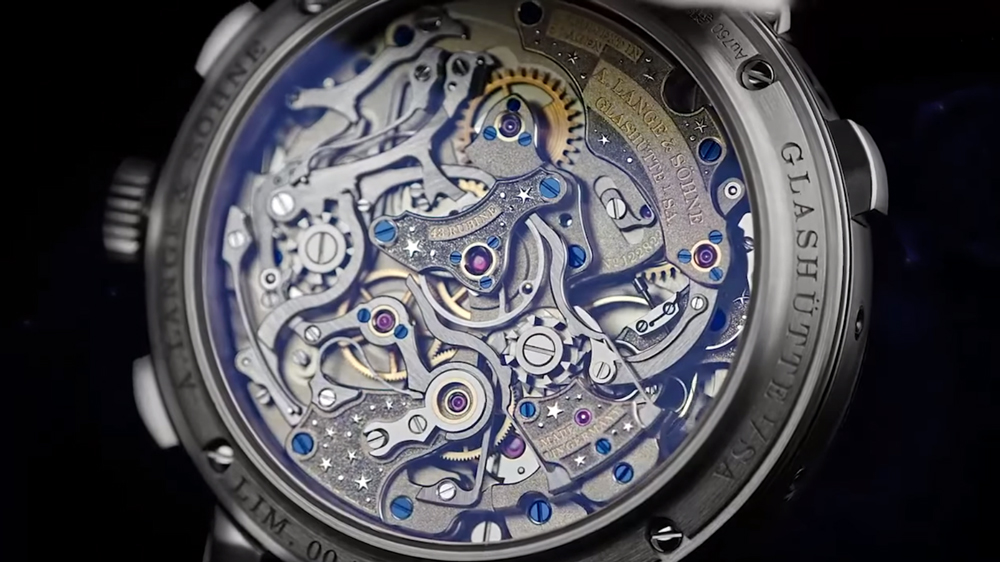 Aside from this decoration, the L101.1 remains unchanged compared to its siblings and still uses a pair of column wheels to control its split-seconds chronograph. Its perpetual calendar mechanism is set to compensate for the duration of months—and upcoming leap years until 2100—and its moon-phase indication is said to be accurate for the next 122.6 years. This new release will be limited to 20 pieces worldwide, priced at 290,000 Euros.