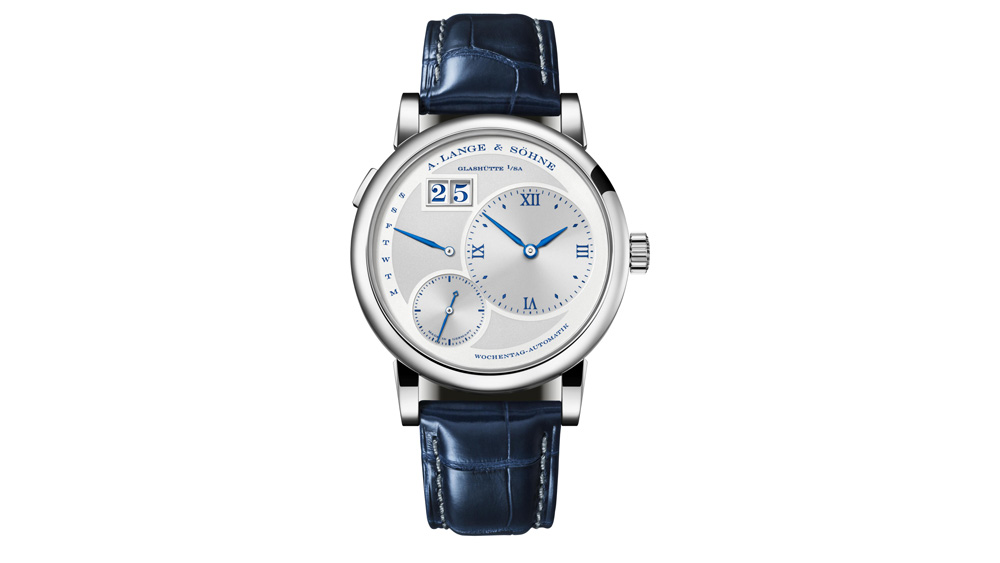 Courtesy of A. Lange & Söhne

At the Salon International de la Haute Horlogerie in Geneva in January, the revered German watchmaker A. Lange & Söhne introduced a special 25th anniversary collection comprising 10 models, each highlighting a milestone in the Lange 1 family of timepieces.

Don’t let the Lange 1’s complicated origin tale eclipse the real reason it’s a brand icon: As one of four models introduced on Oct. 24, 1994—when Walter Lange and his business partner, Günter Blümlein, resurrected the company—the elegant wristwatch figures prominently in one of the best comebacks in modern watchmaking history.

Founded in 1845 by Lange’s great-grandfather, the Dresden watchmaker Ferdinand Adolph Lange, as a producer of precision timepieces in Saxony, the company was expropriated by the East German government after World War II, and its name all but disappeared. Twenty-five years ago, Lange and Blümlein revived the brand, relying, in part, on the strength of the Lange 1 and its then-unconventional design, anchored by an unorthodox off-center dial layout.

“When the Lange 1 Daymatic was first launched in 2010, it was a little milestone for us, because it was the first Lange 1 model with an automatic movement,” says A. Lange & Söhne CEO Wilhelm Schmid. “The dial design is a reversal of the familiar look, but instead of a power reserve indication it features a retrograde weekday indication. The new Lange 1 Daymatic ‘25th Anniversary,’ with its white-gold case, argenté-colored dial and special blue features now celebrates the 25th birthday of our best-known watch design.”

With a retrograde day-of-week display and an automatic movement boasting 50 hours of power reserve, the Lange 1 Daymatic “25th Anniversary”—available in a limited edition of 25 watches, each priced at $48,900—comes on a blue hand-stitched alligator leather strap with a solid white-gold buckle, a bicolor concept that is repeated on the dial, where the inscriptions and numerals of the Lange outsize date are bathed in the same blue hue as the hands. The blue-silver theme is echoed on all seven previously released editions of the 25th anniversary collection.

For collectors and gearheads, whom routinely describe A. Lange & Söhne as “the German Patek Philippe,” the self-winding L021.1 manufacture calibre deserves special attention. Containing a large central rotor with a peripheral centrifugal mass in platinum to provide winding power, the decorated movement offers an example of esoteric finishing techniques such as Glashütte ribbing and perlage. What’s more, the “25th Anniversary” edition’s hand-engraved Lange-style balance cock features the iconic Lange outsize date, set to 25 and engraved with a blue floral pattern.