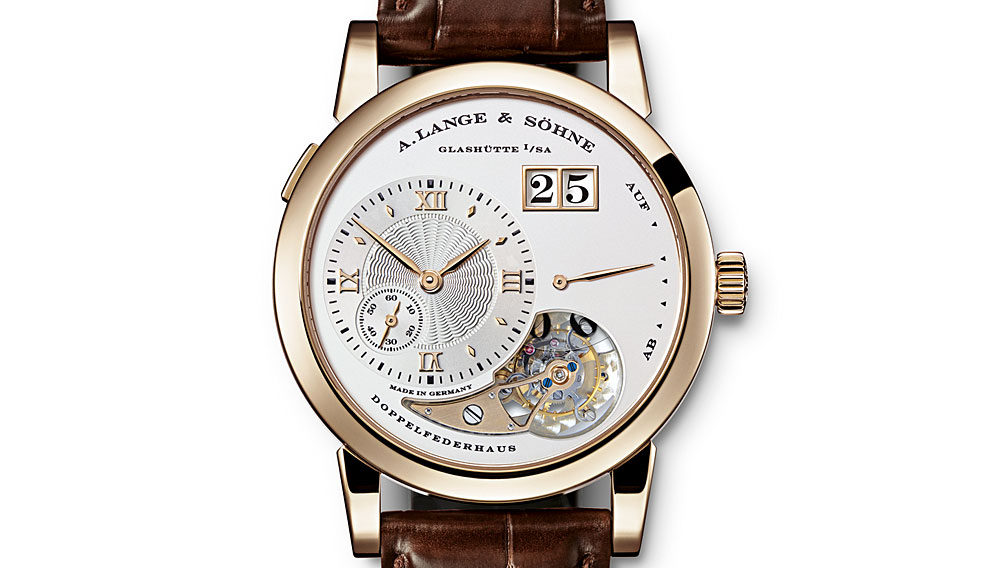 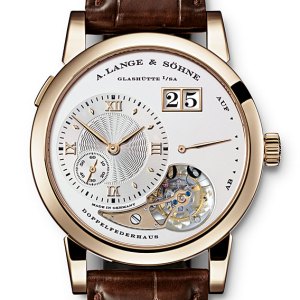 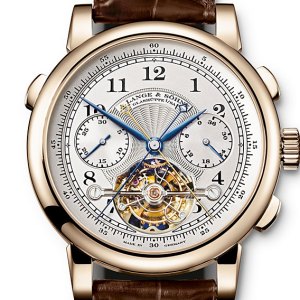 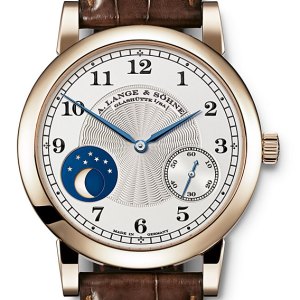 To mark its 165th anniversary, A. Lange & Söhne released a special trilogy of its landmark complicated watches—the Tourbograph “Pour le Mérite,” the Lange1 Tourbillon, and the 1815 Moonphase—in a proprietary 18-karat gold alloy named honey gold for its rich hue. With a Vickers hardness of more than 300, honey gold is about twice as hard as typical gold alloys, making it a suitably sturdy case metal for limited versions of Lange’s most revered timekeeping accomplishments. The grand complication Tourbograph “Pour le Mérite,” (50 pieces at $508,900) debuted in 2005 as the first wristwatch one-minute tourbillon with a fusee and chain transmission paired with a rattrapante chronograph. The anniversary Lange 1 Tourbillon (150 pieces at $171,800) incorporates Lange’s patented stop-seconds mechanism, which allows you instantaneously to stop the balance inside the rotating tourbillon cage to set the watch to the precise second. And the 1815 Moonphase (265 pieces at $24,500) engages a suite of wheels with special transmission ratios that minimize error per lunar month to a mere 6.61 seconds, meaning that a correction won’t be necessary for more than 1,000 years. (www.alange-soehne.com)