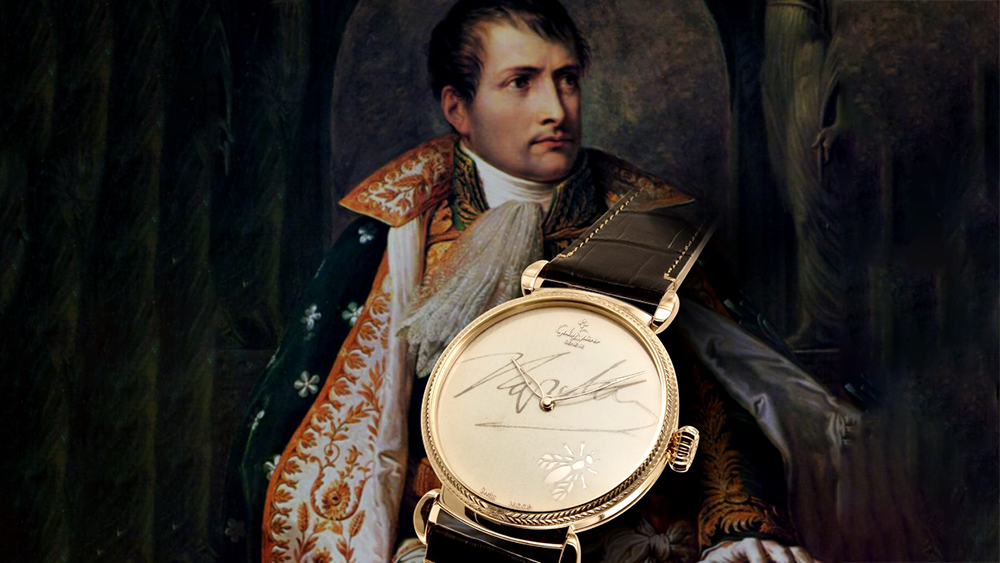 Napoleon Bonaparte once said, “If you want a thing done well, do it yourself.” Independent watchmaker Golay-Spierer certainly followed that advice when handcrafting this one-of-a-kind timepiece, which features the signature of the French emperor on its dial.

The coveted watch, which was painstakingly assembled in the brand’s Geneva workshop, will be auctioned at Sotheby’s this October and is expected to fetch between $43,464 and $86,929 (CHF 40,000 and 80,000). Quite a reasonable fee considering you get a slice of the Little Corporal included in the wrist candy.

The serial conqueror’s handwritten signature comes from a letter he wrote in March 1807 at the height of his military career. His mark was carefully cut from the historic document by Marianne Dubuis, a trusted expert with 40 years of experience in the traditional Swiss art of decoupage. Dubuis also retrieved Bonaparte’s accompanying imperial symbol: a bee. This emblem symbolized hard work, diligence, industriousness and orderliness—traits that the statesman had in spades. 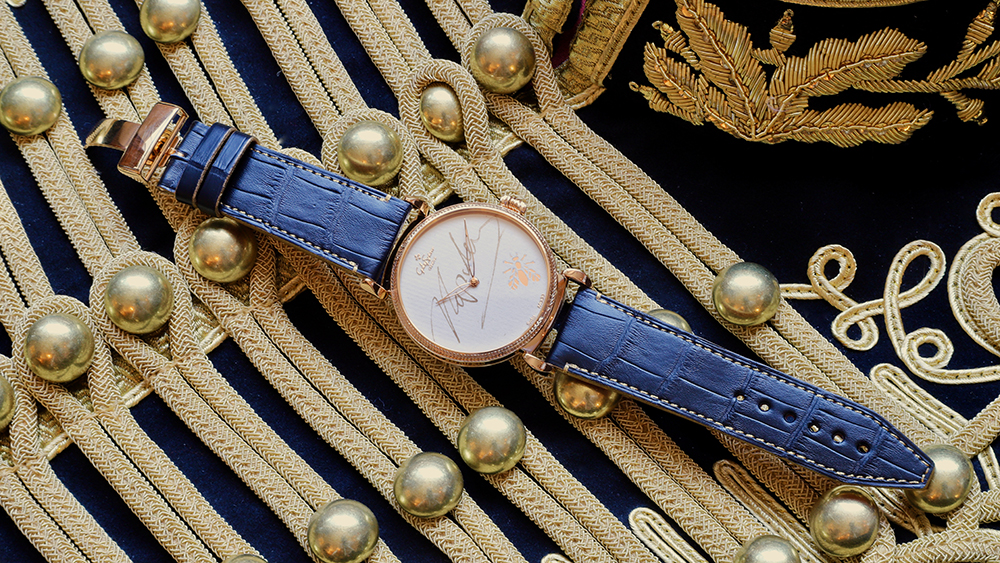 These precious elements were then placed on the 46mm rose gold dial and covered by a 0.3 mm sapphire crystal. “The dial thus becomes a frame for the signature,” founder Christophe Galay said in an email to Robb Report. Elsewhere, the hand-engraved bezel bears a laurel wreath and the letter ‘N’ at 12 o’clock. The back, meanwhile, is set with a 20-franc gold Napoléon coin that was also minted in 1807. 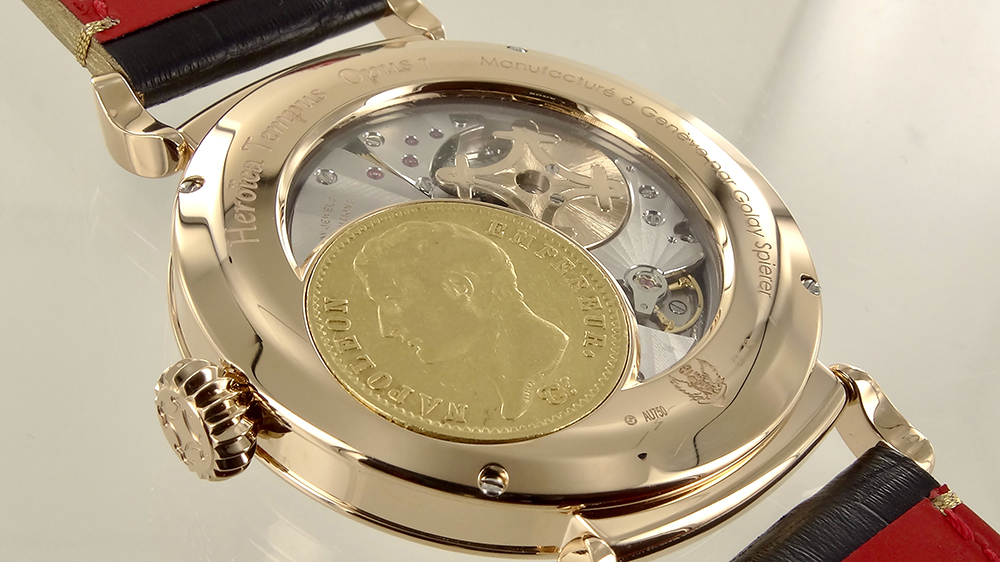 The timepiece is the first in Golay-Spierer’s new capsule collection known as “Heroïca Tempus.” This series will include a handful of other unique watches that will each be adorned with the signature of an important historic figure.

“We are already working on the next watch, bearing the original signature of Albert Einstein, and with any signature as our starting point, we are very excited to be able to build on this adventure, working with collectors to bring their visions to life,” Galay adds. 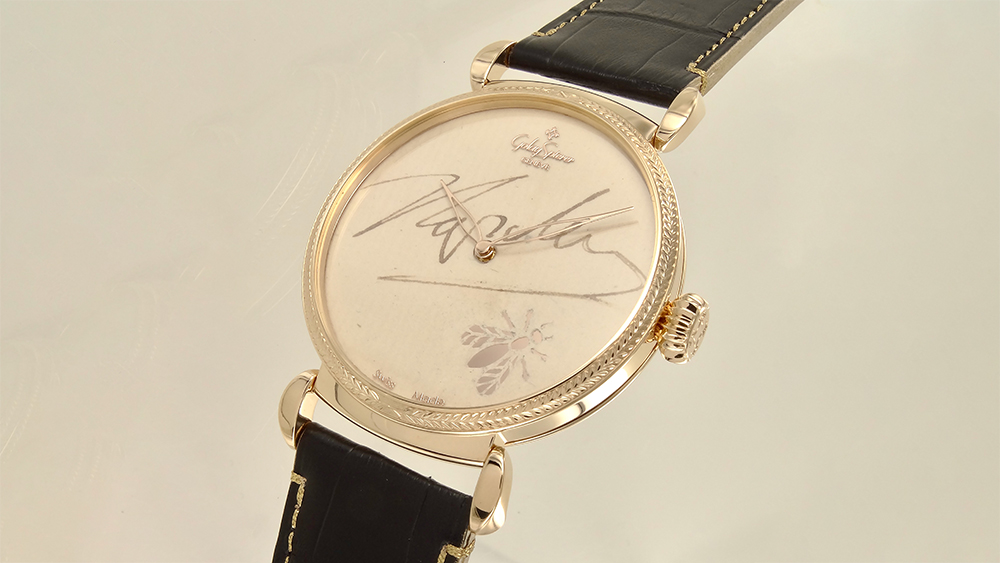 The “Napoleon Bonaparte” watch will be offered in a single-lot online sale, running from October 8 to 15. A portion of proceeds from the sale will go toward two non-profit organizations: Footballeurs sans Frontières, which funds projects for underprivileged children, and Aua Help Noma, which supports children suffering from the debilitating disease noma.