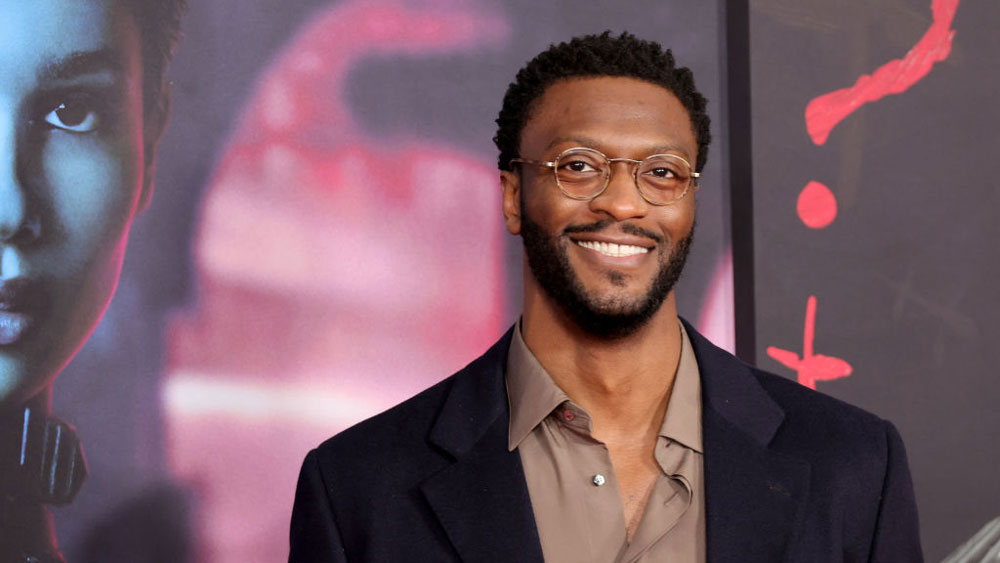 If you’re not familiar with the career of Aldis Hodge—actor, watchmaker, painter and one-time architectural student—you will be very, very soon.

Having already acted in numerous shows and films since childhood, he’s set to co-star with Dwayne Johnson in Black Adam, a film adaptation of the DC comic that will hit theaters in October. Some may already know Hodge from his lead roles in shows such as Leverage and City on a Hill and movies such as One Night in Miami, Hidden Figures, and A Good Day to Die Hard.

But few may know he is much more than just a talented actor. He is also a serious horologist and watch aficionado with his own line of timepieces in the works. We caught up with Hodge at the Dubai Watch Week ‘Moves New York,’ the 8th edition of the Horology Forum hosted by Ahmed Seddiqi & Sons, the UAE’s largest watch retailer, in NYC’s Meatpacking District to find out the latest scoop on his soon-to-be-launched watch brand.

Where did your interest in watchmaking come from, and when did it begin?
I’ve always been interested in art and design—I went to college for product design and architecture. I was going to do that [professionally], but I was also still in the business, acting. I would have to quit acting to become an architect. So for some reason, I got into watches because designing them was sort of like architecture. At 19 I was really getting into that, and I decided to make a company out of it, because I always wanted to start a company that I could establish and pass down to my family—something where I could provide jobs, but also something attached to arts and sciences.

At 19 I started designing conceptually, and at 21 is when I reached out to Hamilton with some concepts. I went out there and visited them, and they told me that what I was designing was not what they did, and they put me on the independent path — they told me I was an independent designer because of the way I composed movements. I didn’t know what I was doing; I was just designing what I liked! But one of the first companies I started looking to for inspiration was Greubel Forsey—also Breguet and F.P. Journe. Those were the companies that intrigued me because again, I was coming from architecture and design. It all made sense to me when it came to their aesthetic DNA.

Who do you admire in the architecture world?
Right now one of my favorite architects is Tom Kundig, who has a company called Olson Kundig Associates. I think their designs are really forward-thinking, kind of like [those of] John Lautner or Frank Lloyd Wright, Frank Gehry. Those guys are the ones I grew up on. From 13 to 15 I interned at an architectural firm where I did blueprints and all that kind of stuff, working on projects—that’s kind of where I got my experience from, though I was into architecture way before then.

How has architecture informed your watchmaking?
So when it came to guys like Frank Lloyd Wright, the designs he did, to me, set the tone for what modernism is today. They were very much ahead of their own time, and they’re still classic and timeless. There are a lot of modern homes today that are just kind of “dead”—cold. They don’t have enough of a mixture of warmth and nature, soul and authenticity. That’s what [Wright’s designs] had. He had a very, very recognizable style, and that’s something I didn’t realize initially—that I was appreciating “DNA” before I knew what DNA was.

Frank Gehry, of course, has a very specific style with his metalwork. I was watching a documentary on him; he said that sometimes he just takes aluminum, crumples it up, and whatever the shape it’s in, that’s what he goes for. But he has a very specific imprint—you know it’s him. When you see something like him, you’re gonna think about him first. And that all applies to watchmaking. Robert Greubel once told me that you have to define your DNA—that you have to think 10 and 20 years in the future—because people need to see that same DNA.

How do you balance a career in a field as intensive and time-consuming as acting with one in watchmaking?

[Laughs] I don’t know if balance is a word that’s in my vocabulary! I’m kind of flying by the seat of my pants in all honesty. Right now my watch company, in terms of management, it’s really all me. I have a manufacturing partner right now that’s handling the production end of things. I don’t have the time to produce my pieces myself by hand. An associate of mine, Roger Smith, who’s brilliant and one of the best in the game, he’s one of the very few producing by hand. It takes him a year to produce a watch. And you need that kind of time. I would love to get to that place, but it’s crazy right now. In terms of entertainment, my career is going really well, but it’s taken off in a way that’s not slowing down. I don’t want it to slow down!

Who have been the biggest supporters in your watchmaking journey?
Robert Greubel was the first actual watchmaker to express any real support [for what I do], to invite me in and say, ‘You can actually do this!’ But also Nick Manoussos over at the HSNY and Richard Rogers, who was the first person to give me an apprenticeship, have been fantastic. But I love Greubel’s innovation. And Max [Büsser] at MB&F; I love their trajectory, their story—it helps me understand how to run a business.

Are there other American watchmakers that you admire?
Benjamin Banneker is probably the one and only that I look to and say, ‘This is where I feel most akin.’ Of course, he in his day was obviously a complete outlier and underrated, but one of the best at what he did. Even to this day his contributions are sorely undervalued.

What is the update on your watch brand?
Right now, the only thing that I have to worry about with production is getting my prototypes produced. I’m in a prefab stage—I’ve spent the last two years with my manufacturing partner working on the movement. The design end of it is done. I always, of course, think about what’s next; the “Two,” the “Three,” we have that locked in. So the design is done, the movement in CAD is done. Now I just have to find a slot for producing prototypes.

Do you consider yourself a perfectionist—is that part of the reason for the long development time?
I’m very much particular—I try to remove the word “perfection” from my process because I used to be [a perfectionist], absolutely. Perfection only goes so far. There’s somebody who’s gonna love the watch, and there’s somebody who’s gonna hate the watch—that doesn’t matter. All that matters is, what is the goal of this particular piece? Is it to get people to understand who you are? Is it to get the company started? Or are you just trying to sell a watch? For me, I just want to present me, and to grow from there. In fact, my first model is called ‘Sed’ [pronounced ‘seed’], because it’s the seed I’m planting from which the rest of the company will grow. And more so, a seed that I’m planting for my kids!

What have been the biggest challenges in bringing your first watches to market?
For me right now, it’s the actual production. A lot of suppliers are in short supply. And I’m just a small fry—I’m trying to produce less than 100 watches, but I need my prototypes first, right? With prototypes you’re talking about 10 or less watches; I’m pushing in on the big guys who are doing 500, 1,000, and everybody’s clamoring for parts. I can’t really plan and say, ‘Okay, I’m gonna have this ready by December.’ That part is driving me nuts. But it gives me confidence to know that even my associates who are with well-established brands are having the same issues. You don’t want to be in the lonely rowboat by yourself!

In terms of the other side of bringing it to market—presentation and introducing my piece—I don’t really expect challenges there. There are gonna be enough people who will like it, and it doesn’t matter if it takes me a year to sell them, or five or 10 years. All that matters is that I’ve started, and I’ll have that start regardless.