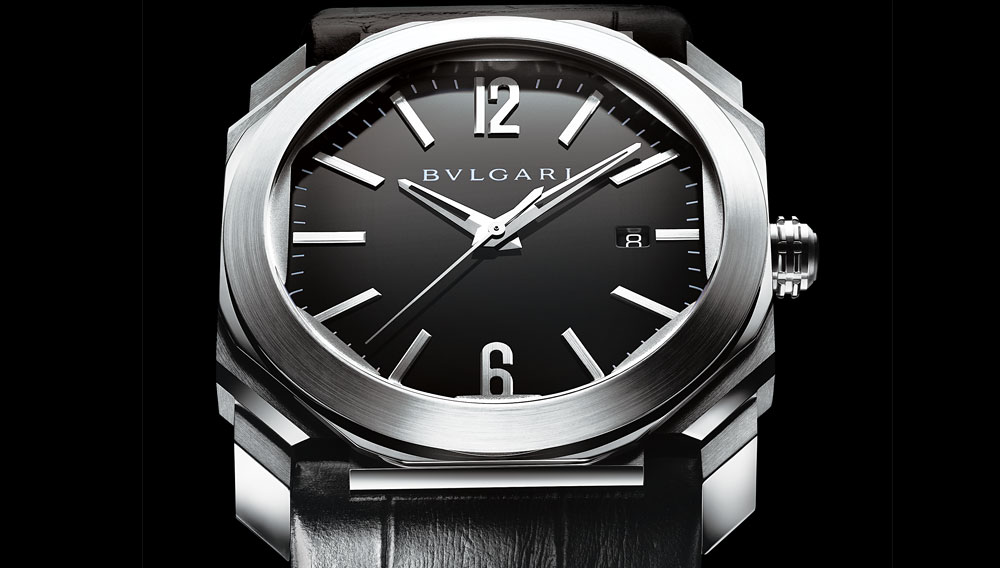 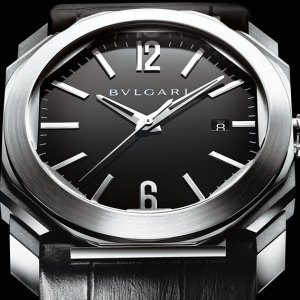 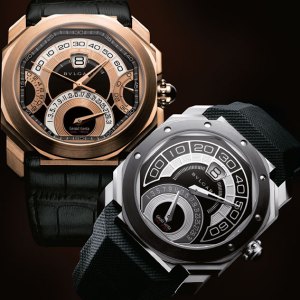 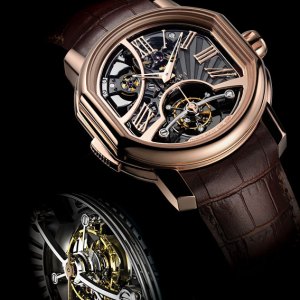 “This was very big work,” sighs Fabrizio Stigliani, the Italian director of Bulgari’s watch-design department, now transplanted to Switzerland. His expression, which suggests a large weight has been lifted from his shoulders, conveys the challenge with which his small team has been grappling for the last three years. In early 2010, Bulgari’s CEO announced that Gerald Genta and Daniel Roth, two small but highly distinctive watch brands owned by the group, would be folded into a larger Bulgari collection.

The two brands, one known for wild colors and unorthodox displays and the other a paean to the classical codes of complicated Swiss watchmaking, were clearly removed from the contemporary elegant look that pervades Bulgari products. Stigliani and his team undoubtedly knew they faced not just a demanding exercise in design, but an obligatory hurdle in securing their Italian company a greater helping of credibility among the Swiss.

Wisely, Stigliani started with the part of the problem with which he was most familiar—Gerald Genta, the designer. “To me,” he says, “Gerald Genta is the story of a watch made by a genius. He used many different details, colors, and finishes. We wanted to keep the same attention to detail, the same savoir faire, but build the watch with Bulgari design contents.” Starting with the Octo Bi-Retro, one of the Genta brand’s best-known models, the three-person design team erased the gambling-inspired dial in favor of a look that was more automotive in origin. “The new retrograde display is something like a speedometer, if you imagine a vintage Corvette or Buick,” says Stigliani, who was an automotive designer years before he came to Bulgari. “We decided to use black and white because that is a Bulgari color scheme.”

While the new Genta pieces debuted a few months after the merger announcement, the Daniel Roth pieces were only slightly altered with new colors and, of course, a new name on the dial. They presented a much greater order of difficulty, since the very traditional Swiss design cues often clashed with any of the Bulgari elements the designers tried to introduce. Their solution was not to attack the external elements, but the movement instead. “The Carillon Tourbillon [launched this year] merges the Daniel Roth case with a new technically daring Bulgari movement, with three repeater hammers and completely new finishing,” says Stigliani about the brand’s newest high complication that sports geometric sun-ray recesses on the upper plates. “It’s not Daniel Roth finishing, it’s Bulgari finishing.”

Stigliani describes both Genta and Roth as aesthetic lines, rather than brands in the true sense. Despite all the effort required to absorb these collections into Bulgari, the company has more pressing needs. Most of its core models have been altered frequently over the last few years, while its most recognizable reference, the venerable Bulgari Bulgari watch, is somewhat out of step with mainstream design. The unveiling in July of a reworked Octo, with a conventional, time-only dial—a major launch for Bulgari—shows the real meaning of the recent integration.

“We tried to use iconic elements,” explains Stigliani. “The hour and minute hands and a revised version of 12 and 6 are part of Bulgari DNA. They come from the Bulgari Bulgari watch, and who designed that? Gerald Genta!” In channeling the legendary watch designer (who passed away last year), Bulgari’s design department has identified a thread that runs throughout the company, from its complicated pieces to its most basic and iconic designs. “In his time he was a little bit crazy in that he produced so many different watches and movements,” says Stigliani. “Maybe he was a little like Bulgari in that way.”