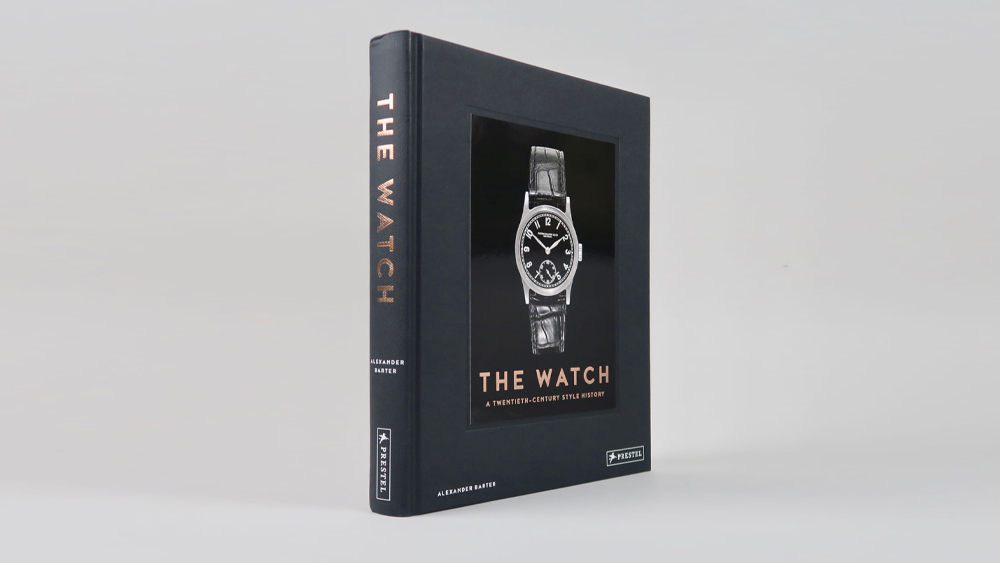 As one wag once put it, if you put every book ever written about watches in a big pile and set fire to them, you’d have a bonfire for all time. Watch books tend to be long-winded, dry and badly designed, too often poor reflections of the time and skill invested in the watches themselves. Alexander Barter’s new book, The Watch, is the antidote to decades of watch publishing mediocrity.

One of the reasons for this is its clear focus. The secondary coverline reads: A Twentieth-Century Style History. Barter zeroes in on the greatest and most significant period in watchmaking history, and through the lens of style—or what, for want of a better expression, looks cool. Beauty is in the eye of the beholder, of course, but Barter appears to be a tastemaker as well as an expert.

Barter’s expertise comes from working in the vintage watch industry for over 20 years. He started at Sotheby’s in the late 1990s, working in London and Geneva, before taking a global role in 2005. In 2009, he left to set up Black Bough, a retailer and vintage watch dealer based in the English town of Ludlow.

The book, which stretches to well over 300 pages, begins with a clear nod to the cognoscenti. The first three pieces visualised over the cover and first few pages are a 1941 Patek Philippe Ref. 96 Calatrava in steel; an Audemars Piguet Ref 5516 perpetual calendar from 1955; and a Vacheron Constantin Ref 3372 world-timer made in 1933. Three hugely collectible pieces, each of particular interest because of their metal or complication.

Barter then breaks the century down decade by decade, taking in the evolution of the watch through the lenses of wars, crises and the great Swiss watchmaking revival that began in the 1980s—and which continues today.

It’s elegantly illustrated, largely with images supplied by Sotheby’s (the foreword is written by Barter’s former colleague and industry heavyweight Daryn Schnipper, chairman of Sotheby’s International Watch Division), backed up by Barter’ own snappy but considered insights and a simple layout that lets the watches do the talking.

Some of the stories will be familiar to watch connoisseurs, but as with any well-researched tome, it is full of facts and asides that will enrich even the know-it-all’s understanding of the watch’s journey through the 20th century. I, for example, don’t remember reading that during the Second World War exports of Swiss watches halved from 24 million to 12 million, which reminds me why watchmaking continues to be so eternally appealing.

The Watch: A Twentieth Century Style History is published by Prestel Publishing and priced $60.