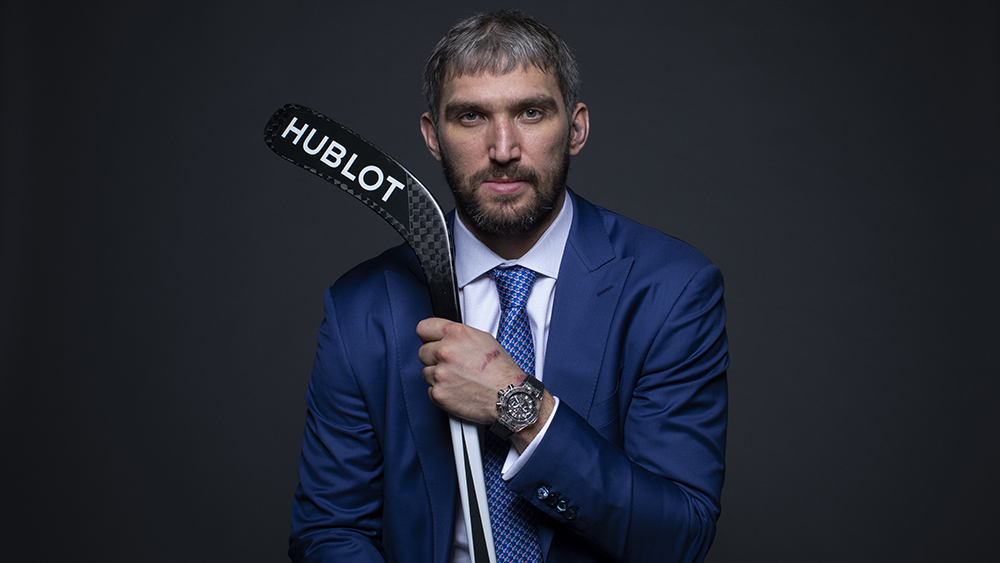 Alexander Ovechkin does it big.

A first-round draft pick, team captain, MVP, leading goal-scorer and Stanley Cup winner, the Washington Capitals player has already built a longstanding, sizeable legacy—not only in the world of hockey but in sports writ large. In short: he is a big deal. And he’s about to be even bigger.

Ovechkin has joined the ranks of other sports legends like Usain Bolt, Kylian Mbappé, Pélé and Alex Morgan as Hublot’s latest Friend of the Brand—and he’s the first hockey player to be inducted into those hallowed halls. At a special dinner held at Nobu in Washington, DC earlier this month to honor the player, Ovi (as he’s lovingly called) made it clear it’s a privilege for him to join the family.

“It’s pretty big for me,” Ovechkin told Robb Report in an interview. “Every athlete has a dream to partner with some big names [like Hublot], as soon as [I] had a chance to become part of the family—it was a pretty cool moment for me and a special moment for me.”

Ovi’s history with the brand dates back to Hublot’s meteoric rise in the mid-aughts, as the player first learned about the watches after being drafted to the Capitals in 2005. “The first time I heard about [Hublot] was when I came to the US,” Ovechkin said. “Lots of hockey players, guys who were my friends, talk about watches and the name came up.”

Although he was an admirer from afar, the relationship really began when Ovechkin attended the 2017 FIFA Confederation Cup in Russia. Hublot serves as FIFA’s official timekeeper, and its CEO Ricardo Guadalupe was immediately impressed when he met the hockey player.

“We knew we had met a superstar, a sporting great and the perfect match for Hublot,” Guadalupe said in a statement. “His record in the NHL is simply extraordinary. He embodies everything Hublot values—excellence, high performance and a commitment to doing things the right way.”

So what does the champ like about Hublot? “The design,” he says. “And how it fits on my wrist. I have pretty big hands and sometimes if you look at watches, they’re small or they’re too big … it just feels really good. It looks sharp and fancy as well. You can wear them with jeans, you can wear them with shorts, and it’s sexy as well.”

As for what the future may hold for Ovechkin and Hublot, he’s not ruling anything out. When asked if he’d be interested in his own signature watch, he cited another great champion to draw influence from: “I know Triple G (boxer Gennady Golovkin) has his own [watch] and that’s cool. One day maybe.”

If the enthusiasm from the public over Ovi’s partnership is anywhere near as palpable as it was in Nobu that evening, it’s simply a matter of when—not if—the champ will get to put his own spin on one of Hublot’s beloved pieces.