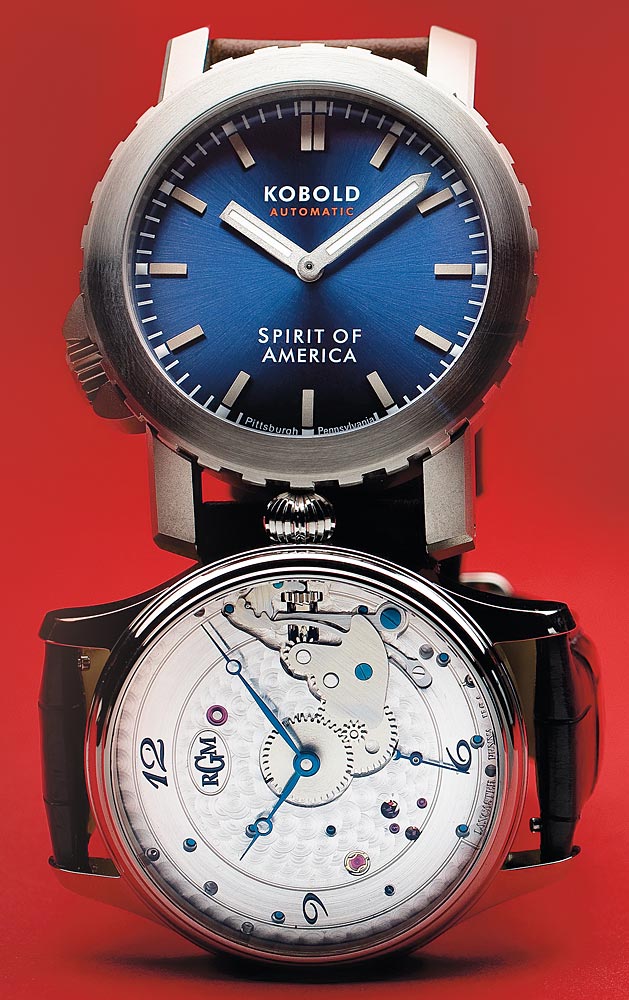 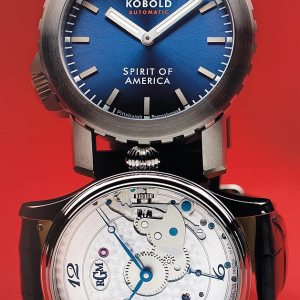 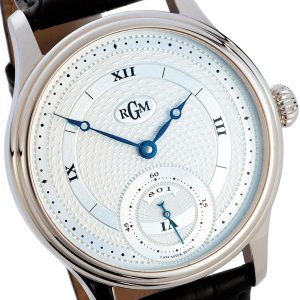 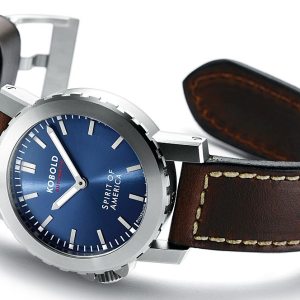 At the 1876 Centennial Exhibition in Philadelphia, members of a Swiss delegation were shocked by a display of American watchmaking wizardry. At the time, Swiss craftsmen assembled timepieces one by one, using irregular handmade parts that required additional honing to function in a movement. In Pennsylvania, the Swiss observed how American watchmakers used machines to manufacture interchangeable parts that were consistent in form. This ability to mass-produce precision components dramatically increased productivity among American manufacturers, which posed a threat to Swiss horological dominance. In a 2002 article in Antiquorum’s Vox magazine titled “Decorative Aspects of American Horology,” Philip Poniz quotes excerpts from an 1876 address to the Swiss watch industry delivered by Edouard Favre-Perret in La Chaux-de-Fonds, Switzerland: “Today we must earnestly prepare to struggle with the Americans on the fields where we have been the masters. . . . I sincerely confess that I personally have doubted that competition. . . . But now I have seen—I have felt it—and am terrified by the danger to which our industry is exposed.”

Of course, in the end the Swiss cleverly adapted similar manufacturing methods and eventually overtook their upstart competitors. “The American watch industry was king for a time in the early 1900s,” says James Lubic, executive director of the American Watchmakers-Clockmakers Institute, a nonprofit trade association focused on repair and restoration. “In the 1930s and ’40s, it started losing its luster. The Swiss made thinner, less expensive, more accurate timekeepers.”

World War II further sealed the American industry’s fate, as domestic manufacturers channeled their energies into the war effort while the neutral Swiss gained a stronger foothold in the U.S. market. During the mid-20th century, American companies in the watchmaking centers of Massachusetts, Pennsylvania, and Illinois went out of business, taking with them the allied industries that supplied cases, crystals, and dials. Hamilton, the last surviving American watchmaker, closed its Lancaster, Pa., factory in 1969.

Yet the industry did not leave Lancaster County for long. In 1993, Swiss-trained watchmaker Roland Murphy produced his first RGM Watch Co. timepiece, assembled from Swiss parts, in Mount Joy, Pa. This year, Murphy unveiled RGM’s Caliber 801, which contains the first U.S.-made movement in decades. “It was important for me to create our own caliber here,” says Murphy, who invested four years in the 801’s development. “The heart of a watch is the movement. Anyone can put something together using another movement. I want baseplates, main plates, and bridges of our own design and manufacture.” Swiss firms supply the hairspring, balance escapement, jewels, and mainspring. “Certain parts must be made outside,” explains Murphy. “It’s like General Motors outsourcing the production of its radios, seats, and airbags.”

Lubic, who has followed the project, hails Murphy’s accomplishment. “He is to be congratulated for his persistence in making this happen,” Lubic says. “Over the 18 years I’ve been employed at the institute, I’ve heard a number of people say they want to manufacture an American watch, but Roland was the first to do it.”

RGM’s Caliber 801 (left), which was named for the company’s address on West Main Street in Mount Joy, is reminiscent of several classic models that were once made by Illinois Watch, Hamilton, and E. Howard Watch. The winding wheel, for example, features a highly polished, deep groove similar to those in earlier American models, such as Hamilton’s 923. Murphy says the style of the bridges recalls that of the Edward Howard, E. Howard’s top-of-the-line model in the early 1900s. “The design is typical of American watch style,” he says. “There are a lot of curves, and you can see the inner workings of the movement with all the intersecting wheels.” The click (the ratchet device that keeps the drum wound) also draws upon the mechanical heritage of vintage American timepieces from Illinois Watch and E. Howard. Rather than a typical modern round click, this design features an arm that extends from the side of the bridge. “A lot of the things we make are in a very classic style,” Murphy says, “so in doing our first movement, it was important to get that classic American-watch feel.”

RGM will complete the first 100 Caliber 801s over the course of the next year, which is significant given that the company produces only 400 watches annually. The 801 movement will serve as a platform upon which other functions can be added in future models. Each watch is hand-finished, so buyers will be able to customize their pieces with various plating and engraving options. RGM uses three rose engines and two straight-line engines to perform guilloche engraving—an RGM hallmark. In one 801 variation with an engraved main plate, the movement itself serves as a dial. The company now makes its own cases for several models in its line, including the 801, which starts at roughly $6,000. Outside manufacturers will continue to supply the crystals and gaskets.

Supplier companies in the United States disappeared long ago, so RGM tapped specialty companies that serve the medical and aerospace industries for their micromachining capabilities. Kobold Watch Co., another Pennsylvania manufacturer, has done the same with its latest model, Spirit of America, though its mission is to use only domestic suppliers and, eventually, to produce a fully American-made watch.

Founder Michael Kobold established his Pittsburgh company a decade ago when he was a 19-year-old watch enthusiast and a freshman at Carnegie Mellon University. In 2006 he introduced the Spirit of America collection to commemorate the fifth anniversary of the 9/11 attacks; some of the timepieces were auctioned to benefit the USO. The watch, made of Swiss parts, was the first piece that Kobold assembled in the United States. People responded so favorably to the concept that Kobold quickly realized the market potential for an American-made watch. Last July 4, his company debuted its next generation, the Spirit of America Automatic 10th-Anniversary Edition. The firm says that 87 percent of the parts in this model are made in the United States. The movement is German, but just about everything else is homegrown.

“Case making is difficult,” Kobold says. “The tolerances are tiny, and our cases have numerous edges and corners. We talked to a number of companies, but they said there was no way they could do it.” Though Kobold will not reveal his suppliers, he notes that they—like the firms working with RGM—are from the medical, aerospace, and military industries and had to adjust their manufacturing techniques for watch production. Kobold says their efforts paid off. “The quality of our American-made cases is far better than that of the German and Swiss suppliers we worked with previously,” he says. “I am really proud of that.” Kobold’s crystal supplier also works with NASA. The company grows the crystals and polishes them in-house, explains Kobold, and the wavelength coefficient of those crystals (which relates to surface roughness and reflectivity) registers at 0.25, compared to a lower-quality 1.5 to 2.5 that his former European suppliers delivered.

Kobold also bought a stock of 1970s-era workhorse movements from the German manufacturer Förster to use as an exclusive base movement for his company’s watches. American suppliers build pieces that undergo wear and tear, such as wheels, bridges, and rotors. “Two-thirds of the value of this movement is American-made,” Kobold says. Like RGM, Kobold uses rose engines to decorate the 18-karat-gold rotors with guilloche engraving. The first 20 10th-anniversary timepieces feature special dial and case options and cost $6,250. Watches in the general collection run about $4,500.

“This has been an extremely costly and long-term endeavor toward the goal of making a completely American watch,” says Kobold, who plans to produce a U.S.-made movement within the next six years. “The Americans used to make better quality than the Swiss, yet we haven’t serially produced watches in America for decades. We want to right that wrong.”