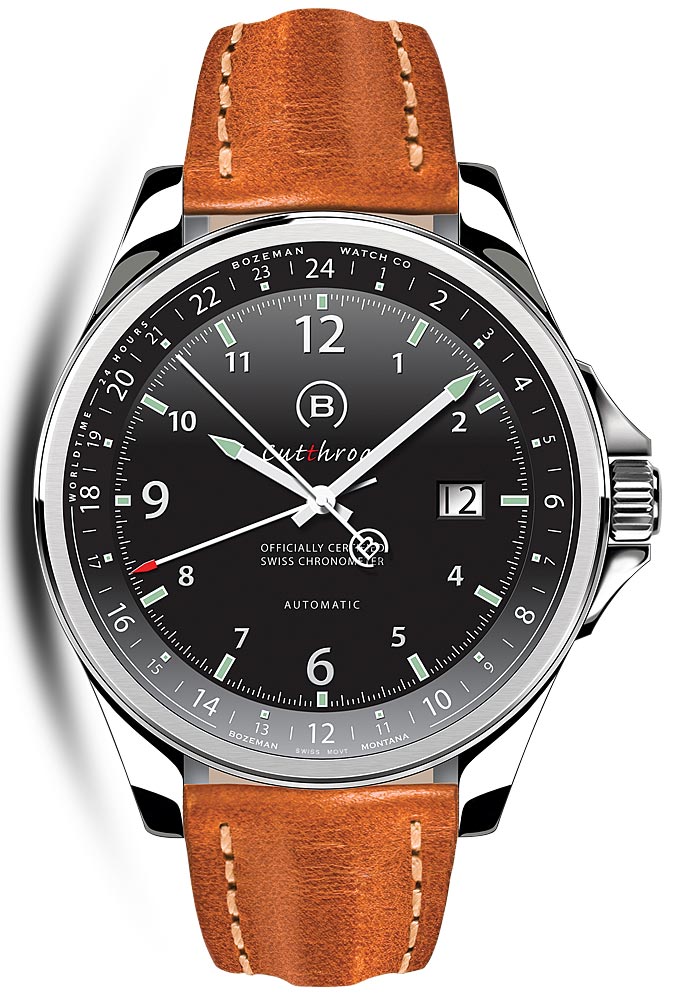 Chris Wardle grew up in suburban Detroit and still spends considerable time there. But his true home, his “place of peace,” is Bozeman, Mont., where he owns and operates Bozeman Watch (www.bozemanwatch?.com), a maker of timepieces that recall the heyday of American watch manufacturing.

In 2001, Wardle met with several design and engineering teams in Detroit to explore the possibility of producing a timepiece domestically. These meetings proved fruitless, leading the former human-resources executive to Switzerland, where he eventually built a network of suppliers. Today, Wardle’s movements are designed and engineered in the United States and made in Switzerland. When the pieces arrive at Wardle’s Bozeman shop, he and his staff inspect and assemble them.

Bozeman’s first model—a chronograph named SmokeJumper for the firefighters who parachute into blazes—took four years to develop. The company made 100 pieces that quickly sold out. “We will do another series, but it won’t be the same movement,” says Wardle, who donated 1 percent of sales revenue from this model to the National Smokejumpers Association.

This year’s $5,300 Cutthroat (above), named for a type of trout pursued by Montana fishermen, has enjoyed brisk sales as well. The GMT is powered by a movement made by ETA—a division of Swatch Group. The first edition is water-resistant to 333 feet. The second edition sports a thicker case and crystal and a screw-down case back, and is water-resistant to 1,000 feet. “It’s a relatively open-dial design, so it is very readable for a chronograph and GMT,” Wardle says.

While he dreams of one day building a movement in Bozeman, for now Wardle relies on proven performers, such as ETA’s Valjoux and Valgrange lines. “All the styles are a little retro and classic, reminiscent of the early 1900s to the 1970s,” he says. “I wanted to go back to what I fell in love with as a kid. After all, if you open a restaurant, you put your favorite dishes on the menu.”