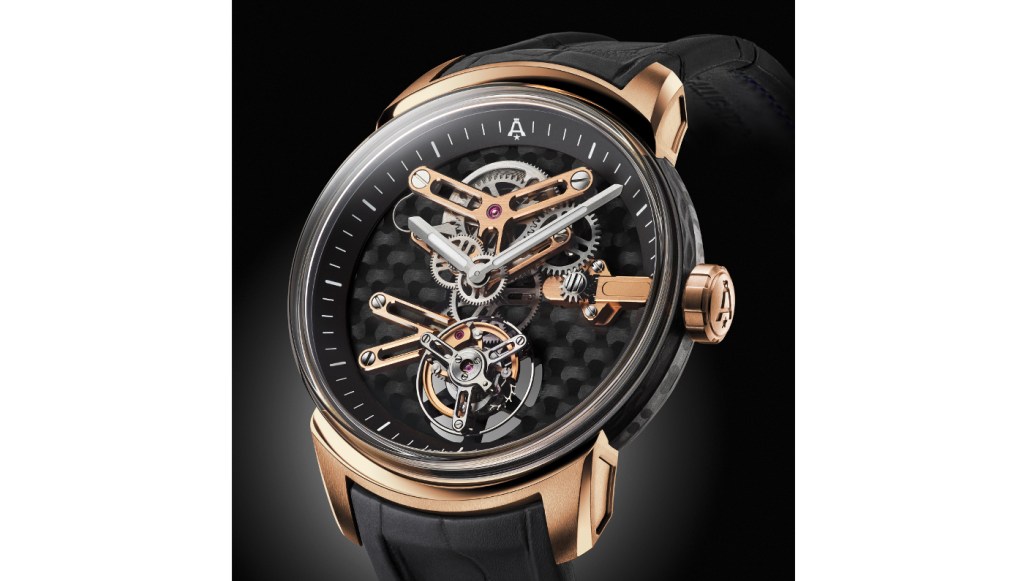 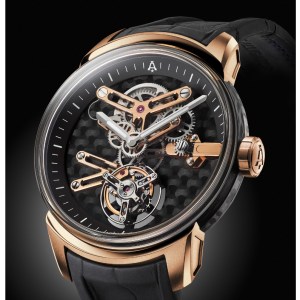 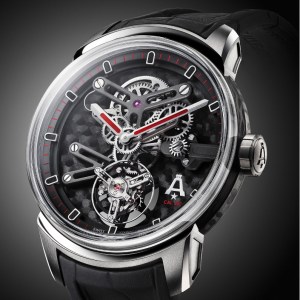 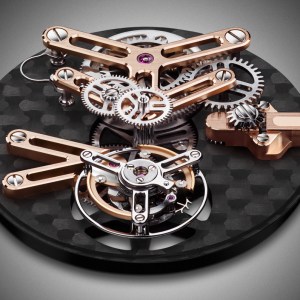 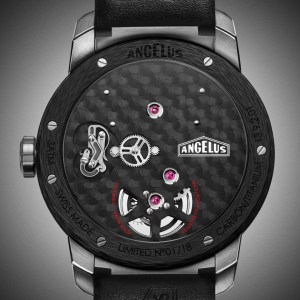 Angelus has now joined the healthy list of brands leaking previews of their new releases before the doors open at Baselworld in a few weeks. While what we have seen is not an all-new model, it is a near-perfect snapshot of the sort of innovation that Angelus has become known for ever since the brand rebooted in 2015. Last year saw the launch of the U20 Ultra-Skeleton Tourbillon, which used a layer of clear sapphire as its mainplate, to which the movement bridges are fastened. The watch rightfully garnered ample attention, so for 2017, the Angelus team decided to take another crack at using a material that defies convention for the mainplates of the new U21 Tourbillon and U22 Tourbillon: NPT Carbon Fiber. Of the two new releases, the U22 is the more technical of the pairing, utilizing the same lightweight titanium and carbon-fiber case from the U20—making it the lightest piece of the duo at 53 grams, a mere 13 more than the record-breaking Richard Mille we saw at SIHH earlier this year. The addition of red hands and red minute indices on the rehaut give the new piece a very motorsport-centric vibe when compared to its siblings. It is also the most understated of the pack; its titanium bridges nearly blend in with the carbon fiber mainplate to which they are affixed. Much as motorsport-themed watches are constantly in favor, the proliferation of black-and-gold coloration on new timepieces is ubiquitous, making the U21 another Angelus release that is likely to find favor with many collectors. Though the carbon fiber used on the watch’s mainplate and case will trim its weight down a reasonable amount, this will obviously be somewhat offset by the red gold used on its case and the movement’s bridges. To give credit where credit is due, finding the right balance of gold and carbon fiber can be difficult, but based on first impressions, it would appear that Angelus somehow found the sweet spot. As with the U20 from 2016, production of both the U21 and U22 will be limited to 18 examples each. (angelus-watches.com)